Okay, time to bust open the mailbag here at The Bell and see what our followers on social media have questions on regarding the Philadelphia Phillies ball club in particular and Major League Baseball in general.

Let’s get right to it:

A: We’ve got a slam-dunk answer of “Damn straight!” on this one. I wrote a piece on him back in February titled “Baseball Hall of Fame likely to take another look at Dick Allen“, which I would encourage everyone to read if they haven’t already. Also, just presented the initial in our new “10 Questions With…” series here at The Bell, this one with Mark Carfagno, who has been at the forefront in the fight to get Allen enshrined at Cooperstown for decades. That piece “10 Questions With Mark Carfagno” is also a must-read on the issue. We’ll be pushing the cause for Allen’s enshrinement hard all year. 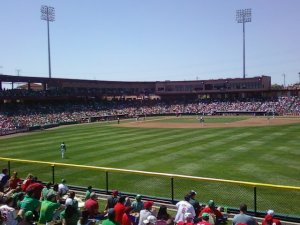 Q: Bev Miller asks “Where and when will the new spring training take place, and will it involve all levels or just players who are on the big-league roster? Have decisions been made as to who has made the roster?”

A: Those are all great questions that again have not been determined at this point. My best guess is that the club will not return to Clearwater, but will instead work out in Philly at Citizens Bank Park. If there are any weather issues they may be able to work something out with the Eagles to borrow the Novacare Complex on certain days, but that is just speculation on my part. No decisions have been made as to the Opening Day roster, but you and I could probably figure out most of the spots. It will be those final two or three roles in the bullpen and on the bench, and the fifth-starter role, that Joe Girardi and his coaches will decide upon once that training period starts back up.

Q: Adam Hancock asks “With this Coronavirus do you think the MLB will continue to keep the strict policy of keeping social distancing when they resume the baseball season? If so, would it continue for the whole season and into next? Do you think there will still be an MLB All-Star Game later in the season? Lastly do you think they will just keep to the schedule…play the games left from when the season picks up?“

A: I honestly have no clue as to what may actually happen. Far too many variables. However, since you asked what I think will happen, here goes. Based on what I heard from the President over the last couple of days and from Commissioner Manfred on Wednesday night on ESPN, I think baseball re-starts with a two-to-three week training period around mid-May and begins the season roughly around June 1, and I think they do it with no special social distancing in place. I believe they will try to have an All-Star Game as well, though it wouldn’t surprise me to see MLB bump it to early August. Some games originally slotted for that period could then be moved to the original July All-Star break. Just a thought there. The All-Star Game is a big deal, a major highlight to the schedule. This year it is slated to be held in Los Angeles. After the loss of Kobe Bryant and now this pandemic, I think MLB will do all they can to make it happen. As for the schedule, I think the easiest thing would be to simply pick-up from what is already released at the point play resumes. Cancel what was missed and issue refunds or vouchers to fans who hold tickets to those cancelled games. Perhaps some provision to examine each specific team schedule in an attempt to ensure they all play the same number of games in whatever time is left. 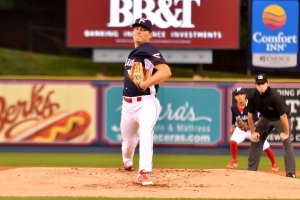 Q: Joe Messina asks “As the longer the season is put on hold,do you think the Phillies can start with Spencer Howard in the rotation now that he won’t have to worry about an innings quota, if the season starts in June (or later)?”

A: Another great question, and I have heard some speculation that Howard starting with the Phillies is possible. While it is, of course, possible, I don’t think it is likely. Howard has just six starts at Double-A under his belt. My guess would be he makes a couple starts with Reading, moves quickly to Triple-A Lehigh Valley (assuming health and success), and gets at least a handful of starts there. With a plan like that, I would expect to see him pushing to the Phillies by mid-July at the latest. Of course, it’s all based on when they actually start playing, the needs of the big club at any given point, and how healthy and productive he looks in the minors.

Q: Joy Brusetti asks “At what point in Phillies history were we, by numbers and talent, the absolute best Phillies team ever?”

A: Seems to me that you are asking my opinion as to which was the greatest Philadelphia Phillies team of all-time? If so, let me say this much. I began a series last week as part of our year-long 40th anniversary celebration of the 1980 World Series champions. In that series, I am comparing that club to the 2008 world champions. The 2011 team won 102 games and both the 1977 and 1978 clubs won 101 each. The 1915, 1950, 1983, 1993 and 2009 teams all won National League pennants. I won’t argue with anyone who wants to defend those Phillies clubs. But for me, winning the World Series makes you the best. Therefore, it’s either 1980 or 2008 for me. The series running right now here at The Bell is comparing those two clubs position-by-position. After that process concludes, I will do a final wrap-up that will name which was the greatest Phillies team of all-time, if either indeed ranks ahead of the other. So, watch for that series to continue over the next couple of weeks, concluding around mid-April.

Our next mailbag piece will likely come once the 2020 season is underway for a bit, probably around July. However, you can always fire us off a question, with the quickest answers coming by sliding into DM’s at our Twitter feed @philliesbell. You can also find us on Facebook and Instagram at that same feed address or reach out to philliesbell@aol.com via email.