Bobby Nightengale at Cincinnati.com spoke with young stud Cincinnati Reds pitcher Amir Garrett on the possibility of the season lasting into November:

In reading various comments in other articles and social media posts from writers, officials, and players, that opinion of Garrett’s seems to be the consensus among almost everyone involved in the game.

Patrick Gordon at the Philadephia Baseball Review wrote on the planned vote today by the NCAA Division 1 Council regarding player eligibility. Along with professional ranks, play has been postponed in the college and high school ranks across America as well.

Gordon reports that the NCAA has issued the following as part of its plan:

“In principle, the coordination committee agrees relief should be extended to spring sport student-athletes and supports providing schools with a framework in which they would have the autonomy to make their own decisions in the best interest of their campus, conference and, student-athletes.”

Baseball fans can continue to enjoy many of their regular favorite programming on the MLB Network, which announced its scheduling today: 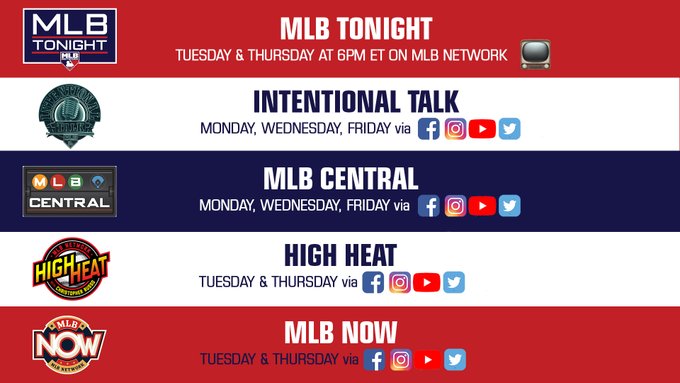 Now for the latest Philadelphia Phillies news from local and national resources:

Marly Rivera at ESPN spoke with a cross-section of big-league managers including Phillies skipper Joe Girardi regarding how they, their families, and their ball clubs are handling the crisis:

Jim Salisbury of NBC Sports Philadephia is the latest to chime in on the possibility that GM Matt Klentak might now get a deal done with catcher J.T. Realmuto before or during the 2020 season:

“…could fewer games be enough of a mitigating factor in Realmuto’s mind that he takes the risk of playing whatever the 2020 season looks like without the security of an extension so he can take his chances on greater free-agent riches in just a few months?”

Corey Seidman at NBC Sports Philadelphia wrote on his opinion regarding Bryce Harper‘s top five home runs in a Phillies uniform, including a May 18 blast at Citizens Bank Park against the Colorado Rockies:

“This was Harper’s longest home run of the year, a 466-footer on a Saturday afternoon to straightaway center field that cleared almost everything and landed on Ashburn Alley.”

The Phillies themselves called on a couple of old friends to help put a colorful spin on the importance of social distancing during the coronavirus pandemic:

We can do this! #MondayMotivation pic.twitter.com/mKTMP1UqJB

I’m recording a new episode of the “Phillies Talk” podcast with host Rich Baxter this afternoon and should have a link posted up later on Monday at our social media feeds.

We’ll be keeping you updated here at Phillies Bell on all the latest in this daily Lunch Bell report. It will include articles curated from around the web as well as any breaking news. During the pandemic we will include any relevant updates in that regard as well.

NOTE: If viewing our stories on your mobile device, switch to “Hide Reader View” in order to get the full experience which usually includes pictures, video content, and key social media posts.