Who has ever had fugu

Foodhunter in Japan: The Fugu

We are visiting Tadao Obayashi, one of the best sushi restaurants in Fukuoka City. He'll serve us fugu, the fish licensed to kill. The greetings in Japan are usually long-lasting and so we also get to know Yuzuru Munaoka and his Kennichi and the young fisherman Kousuke Gonnda, the fishermen who supply the whole of Japan with puffer fish. There is something reassuring about your presence.

After we have been supplied with steaming towels, Kenji Oya takes the order. This can take a while in Japan because it is discussed and pondered back and forth. Then Master Obayashi gets going and you can see straight away: he is a master of his trade. 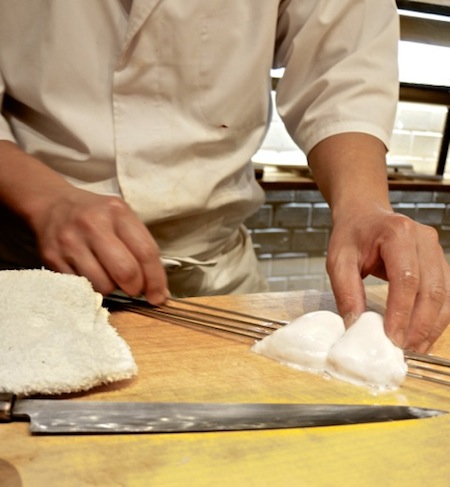 Then it comes in quick succession: Raw liver from Buri, the big brother of the yellowtail mackerel. Hopefully he didn't mistake it for the liver from the fugu. A ¼ gram should be enough to knock an elephant down. 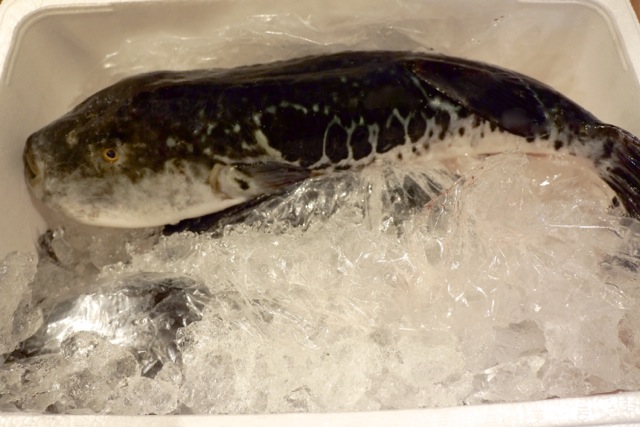 Even on ice it still exudes a certain danger ...

Pickled sea cucumber in between. With a consistency like a cooked shiitake mushroom, it tastes fresh like the sea.

A temaki from Buri-No-Harami, the belly of the Buri.

Then the highlight. Fugu sashimi with shiso leaves and stalks and chili. A quick look at Kenji if he is also eating.
He does it, so close your eyes and go through. 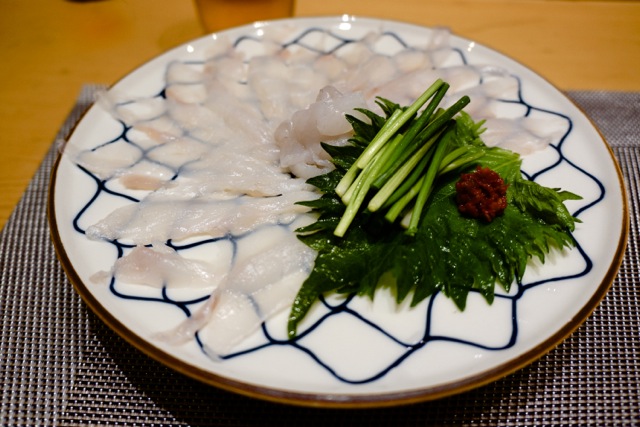 This fish tastes really unique. With a self-made soy sauce that only needs a drop, it melts on the tongue. Or is it the adrenaline? In any case, Fugu is one of those things that you simply have to eat in life.

A big sip of Shōchū on the Rocks (potato schnapps with 25%, is also called Japanese vodka) seals the adventure. 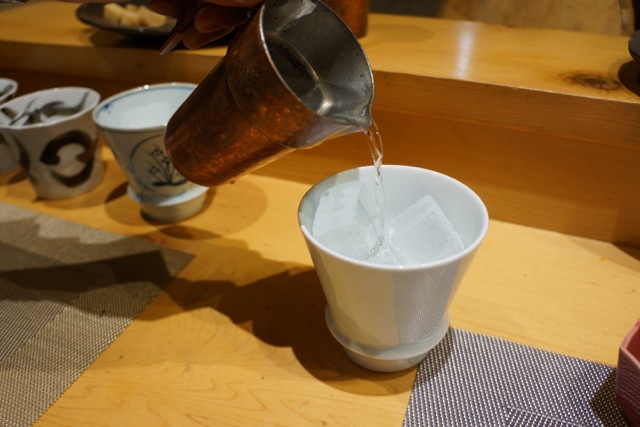 Japanese vodka “Shōchū on the Rocks” 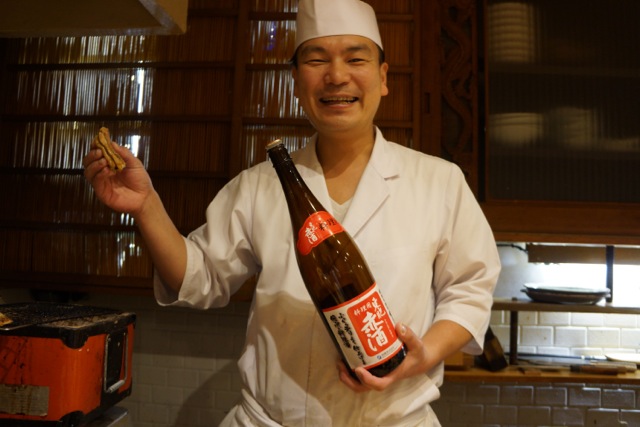