What does a Super Scooper airplane do

Devastating forest fires are raging in California. The situation is not yet under control, despite the tireless efforts of the fire fighters on site. There is also a newcomer among them. For the first time, the largest jumbo fire service in the world was deployed in the USA. 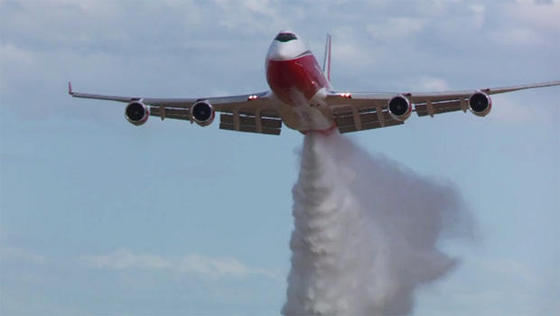 The supertanker "The Spirit of John Muir" is currently the largest fire fighting aircraft in the world.

The call was from the California Fire Department. A roller of fire had formed in Northern California and had already reduced over 1,400 acres of land to rubble and ashes. The supertanker should help contain the flames. The converted jumbo jet was in the air within three hours. And for the first time in use in the USA. "It is an honor to work for the people and the State of California once again facing potentially devastating wildfire," said Jim Wheeler, general manager of Global Supertanker Services.

First use in the USA

The largest depth bomber in the world had to wait a long time for approval in the USA. While it was already deployed in Israel in 2010 and deployed against forest fires in Chile at the beginning of 2017, the first flight in the USA is now following. "We take responsibility for evaluating this new instrument in real life," said Dave Teter, assistant director of the California Fire Department. The supertanker only received state approval for fire fighting in August. 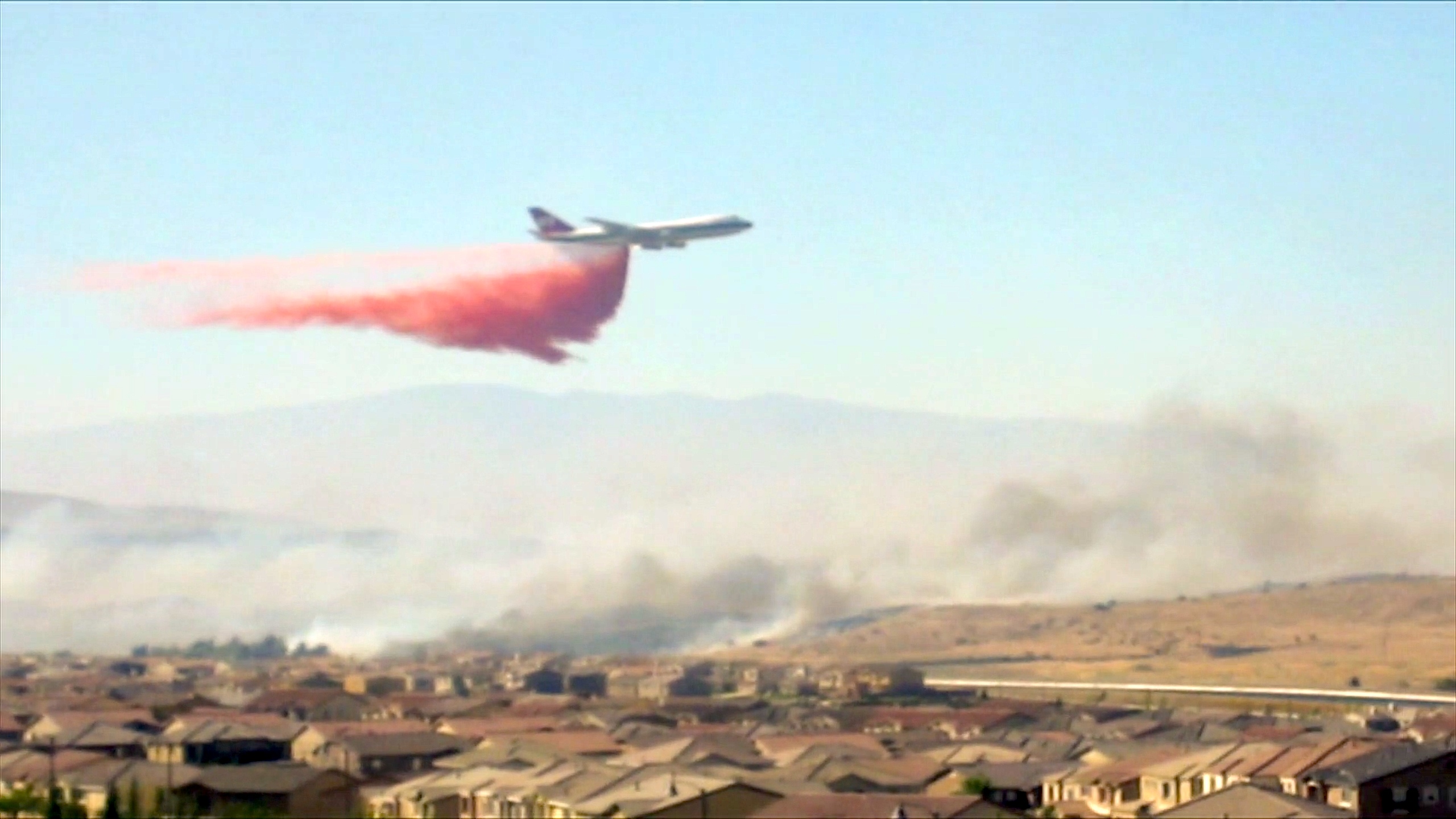 In Israel, the supertanker was first used in the fire on Mount Carmel in 2010. Now the fire-fighting aircraft is supposed to start normal operations.

With a speed of 960 kilometers per hour and a range of 7400 kilometers, The Spirit of John Muir, as the fire brigade jumbo was christened, can also help with fires in Europe, South America, Africa and Asia without any problems.

Jumbo was rebuilt for $ 40 million

The Supertanker is not the first jumbo to be used for large fires. A predecessor was converted to fire extinguishing by the American airline Evergreen International Aviation, which has since gone bankrupt, and was first used in a forest fire in Spain in 2009 and in the USA in the same year. The basis at that time was a Boeing 747-100 built in 1971.

The now completely converted, larger Boeing 747-400 from Global Supertanker Services has a capacity of 74,200 liters of water or special extinguishing fluids. No jumbo before could load so much liquid. All in all, converting the 747-400 to a fire-fighting aircraft also cost more than 40 million US dollars.

For this, the plane with the registration number N744ST, which is based in Colorado Springs, had to be heavily modified. Above all, the American aviation authority FAA worried that some extinguishing liquids are heavier than a load of water of the same number of liters and thus could endanger the stability of the aircraft. At the same time, the engineers feared that a very rapid drainage of the fluids through the associated sudden weight shift in the aircraft could endanger the stability and thus greatly shorten the technical life expectancy of the materials and machine. 28 FAA requirements alone had to be taken into account during the renovation.

Jumbo can lay water aisles and make it rain

Whether water or extinguishing liquid: The eight tanks of the aircraft can be emptied using two different patented processes. Large amounts can be ejected at once under strong pressure. But it is also possible to let the liquid come down as heavy rain, whereby it arrives at the bottom drop by drop. The different irrigation methods are used depending on the type of fire. In addition, the aircraft can lay aisles in order to localize fires or to make spreading more difficult. 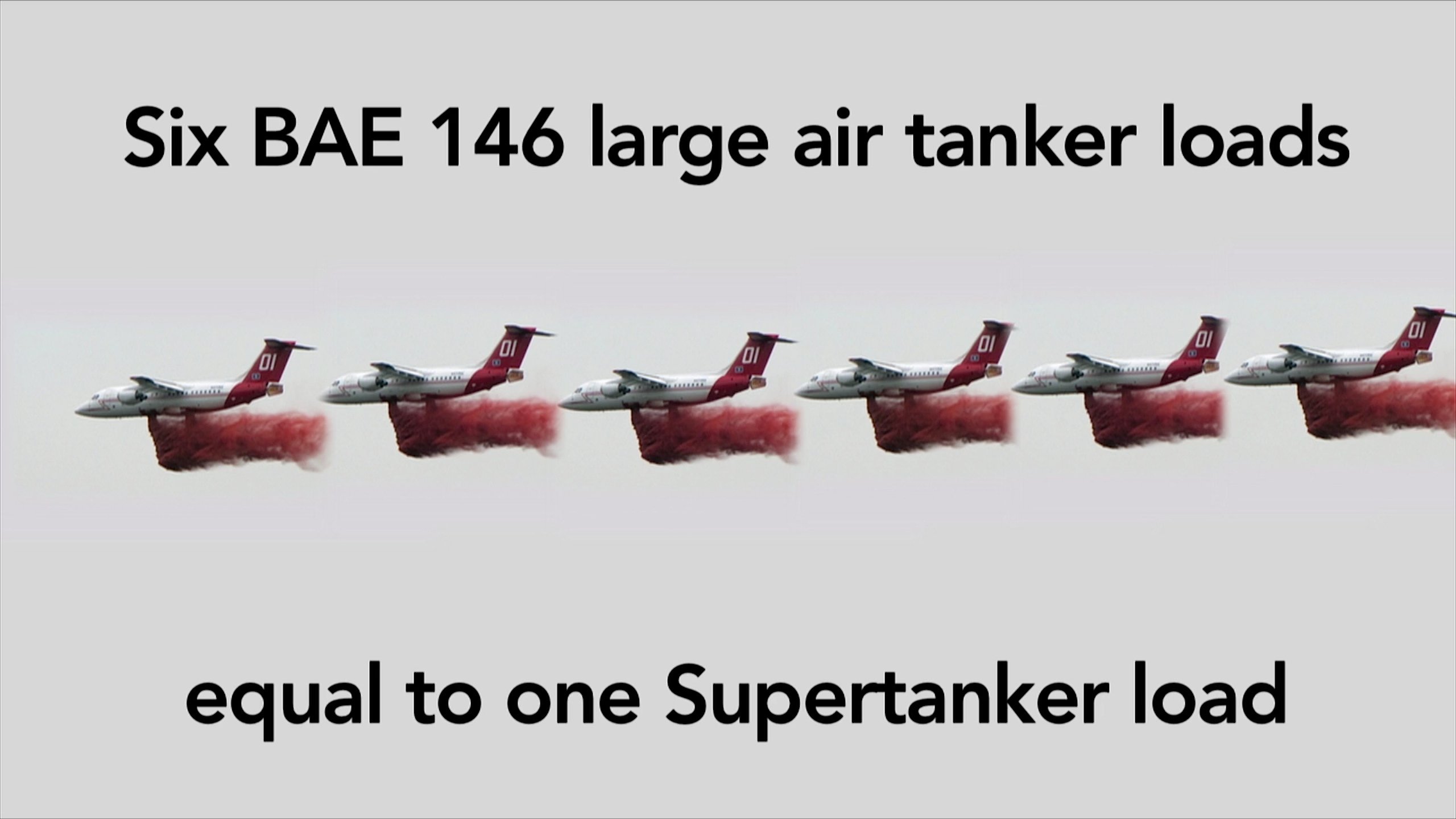 When it rains down, the Jumbo can fly at altitudes of only 120 to 240 meters above the fire at a speed of around 260 kilometers per hour. With each overflight, a strip of up to 5 kilometers in length can be irrigated with water or extinguishing fluid. The Jumbo can drain up to six water charges per flight. Ordinary fire-fighting aircraft such as the British Aerospace BAe-146 or the Lockhead C-130, on the other hand, would have to land and refuel several times to achieve the same result.

The fire-fighting aircraft can also transport oil and chemicals

The American forest administration, the US Forest Service, is certainly one of the major clients for the deployment of fire-fighting aircraft. Global Supertanker Services, however, counted on unloading orders from the European Union, Israel and Australia right from the start. Or those at sea, in the event of fires on freighters or oil drilling platforms, for example. 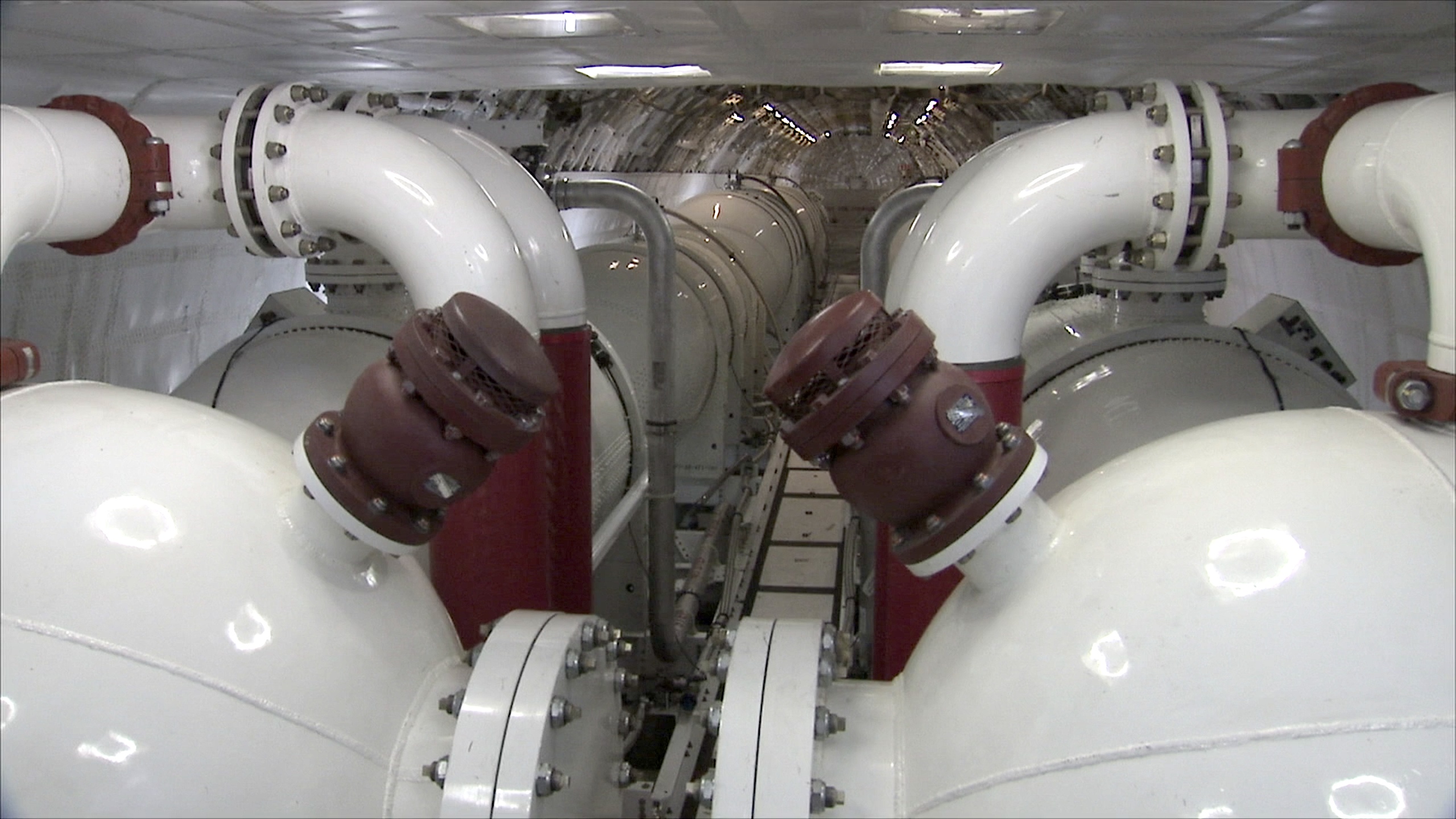 The 74 t of liquid that the Jumbo can hold is stored under pressure in eight tanks. The aircraft can also fight oil spills at sea or serve as a transport aircraft for chemical liquids.

In times when there are no fires, the Jumbo can also be used to fight oil disasters in the sea or in lakes and to transport special liquids for the chemical industry. Equipped with four CF6-80-B1F engines from General Electric, the Boeing only needs a runway of 2,400 meters for take-off and landing - a size that any international airport can offer.

More about the controversial development of the supertanker and its lengthy approval in the USA can be found here: