When is the next Minecraft update?

Minecraft brings the "most anticipated update of all time" in 2021

The major “Caves and Cliffs” update for Minecraft has been revealed. Look forward to exciting new caves in which new mobs are waiting. You can also prove your skills as an archaeologist.

What's new in Minecraft During the broadcast of Minecraft Live on October 3rd, the Minecraft team announced the next major update for Minecraft. After the comprehensive Nether update in June 2020, the team wants to take another big step and turn a big topic of the game inside out: caves and mountains.

What changes are in the Caves & Cliffs update?

The update combines two wishes from players. Improved caves that have been a community wish for years. And an update for the mountains. The mountains are the biome that received the most votes from players at Minecon 2019 for a revision.

The goal of the update is to add variety to the caves where players spend so much time mining ores and gems or exploring mines.

New blocks: So far, 3 new blocks have been presented:

The Sculk sensor reacts to movements and then sends out a redstone signal. With the help of this block you can build new inventions like “wireless” redstone. In the picture you can see the wireless trap doors:

Stalactites and stalagmites are pointed blocks. If you fall on them, you will suffer more fall damage. You can see what a cave with such special blocks looks like on the following graphic:

You can discover copper ore after the update while exploring the underground. With the help of copper you can create lightning rods. But that's not all. You can also use copper in the roof for exciting new houses.

If you are lucky, you will even find the rare crystal geodes. On the screenshot you can see a cave with the special stones:

You can craft a telescope with the crystals. So you can see exactly which dangers or treasures are hiding nearby from a few blocks away.

New mobs: With the update, there will be two new types of mobs in Minecraft:

The warden are hostile mobs that live in the dark caves. They have the ability to respond to movement rather than what they see. Because they can't even see - Warden are blind. A change from the creepers, who can even become your friends underground.

Warden can distract you with noises. If you throw a snowball in a different direction, you can lure the warden away from you.

The axolotl are aquatic creatures that can be found in caves. The special thing about them is that they can help you in battle. They attack and even heal. Everything we know about the new axolotls in Minecraft.

Improved caves: An improved generation of the caves should bring you more variety when exploring. There are narrow tunnels, huge caves, lakes in caves and even underground waterfalls.

There is also a new archeology system. You can dig up rare, fragile artifacts with a brush item. You also have the chance to discover buried ruins.

Mountains: The mountains in Minecraft should be generated differently by the update. You can even find traps and goats in the snow. Powder snow is one of the traps. If you step on it, you will fall through the layer of snow.

Other features: In addition to all of these changes, there is the item bundling function. So you can keep a larger amount of certain items in the same slot.

Which update is missing?

What the team says: Because the “Caves & Cliffs” update is so big, the team needs a lot of time to complete it. Therefore the traditional holiday update will be canceled this time.

An update for the mountains was originally supposed to appear for Christmas 2020. But the team decided to combine the two updates. Because both updates share a technical background.

"By combining the two updates, we gave ourselves a lot more time and opportunities to really make this update what we want instead of being time-limited," said Mojang's Cory Scheviak to MeinMMO.

The most anticipated update of all time

This is what Minecraft says: We at MeinMMO had the chance to ask the Minecraft Gameplay Team Developer, Cory Scheviak, some questions about the “Caves & Cliffs” update.

MyMMO: Players have wanted an update for caves for years. Why is now the right time for it?

“There are a couple of reasons why we think now is the right time to update the Underground that players have longed for for many years.
First, we wanted to make sure we could actually deliver the epic update the community has been dreaming of for so long. With the increase in resources in the team, we now feel ready to tackle such a large project.
Second, we wanted to make sure we were bringing this update at a time where we could really listen to and act on community feedback.
Third, we took the time to understand what exactly the community really wanted from a cave update. We didn't want to rush it just because it was in high demand. We took the time to prepare ourselves and the code base for this update. After all, we wanted to make sure that we could publish the update simultaneously on all platforms with full functionality. Because we want all players to enjoy the same update at the same time, no matter how and where they decide to play. "

MyMMO: Is this huge update part of something big? Will there be more huge updates that will turn Minecraft upside down, or will there be smaller updates after that?

“With each major update, we aim to either rework or create an important part of the core game. It's hard to say what will "turn Minecraft upside down", but our plan is to keep the game updated, both large and small, for the foreseeable future.
That being said, the cave update is without a doubt the most requested and most anticipated update of all time. "

Why is the cave update so important?

Often requested update: A revision of the caves in Minecraft has long been requested by gamers. A request from the year 2018 shines on the official feedback page of Minecraft (via minecraft.net). There, over 1000 comments are already busy discussing the topic of “cave updates”. The post has more than 58,000 votes, which shows how important the topic is to the Minecraft community.

With the new ruins and the copper ore, there should already be two important points that make the underground even more interesting. It will be exciting to find out what the new copper can be used for. What is clear is that you can build stairs, steps and cool lightning rods out of copper in Minecraft.

Buried ruins are probably just the right content for the people of you who have always been underground in search of mines and hidden rooms.

With these changes, there is finally more going on in the underground of Minecraft than the search for ores, redstone and diamonds. You can also find more exciting places like mines.

This is exciting news for Minecraft fans. It is also exciting that there could be really big servers soon. Minecraft with over 1,000 players is likely to be possible soon. 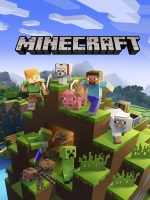 Minecraft is a creative construction game in which players create their own worlds and use colorful blocks to build whatever comes to mind ...