Why was the Battle of Panipat fought?

Biggest Battles In The History Of India 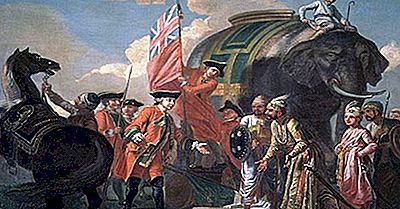 India had some of the most violent battles in history as the conquerors sought access to the subcontinent's wealth. These key battles have proven to be very significant and effective in the culture of the Indian people today. Indian history was greatly influenced and changed by this. From the conquest of Alexander the Great to the local battles, India has seen a list of historical battles, some as early as 327 BC and more recent battles such as Indo-Pakistani conflicts.

These are some of the most important battles in Indian history:

Battle of the Hydaspes

Alexander the Great, King of Macedonia, began his campaign against India in May from 326 BC. He fought successfully against King Porus of Punjab on the banks of the Hydaspes River. The battle is considered to be one of the most expensive battles ever fought by Alexander the Great because of the great resistance and difficulties faced by the Macedonian army in fighting the men of King Porus. The battle was motivated by the curiosity of Alexander the Great, who wanted to explore the eastern side of Asia. During this time, King Poru's Empire was the largest kingdom in the region. Another reason was that the Punjab and Sindi Territories were important sub-continents of Central Asia, and their conquest would make his kingdom more powerful than that of Greece. The historical significance of the Battle of Hydaspes is that it opened India to Greek political and cultural influences that persist in contemporary Indian culture.

The Battle of Kalinga is one of the most important battles in Indian history and one of the bloodiest. It was fought between Ashoka, the Mauryan emperor and the ruler of the Kalinga state. The reasons that led to the battle are varied, although it is believed that Bindusara, the son of the Mauryan emperor and the grandson of Chandragupta Maurya, who was the first emperor, wanted to expand the empire and become a great conqueror. The battle took place in Kalinga, India, in 261 BC. Ashoka the Great won the fight, which was very stiff. As one of the bloodiest battles in Indian history, 100,000 men lost their lives and 1,500,000 took prisoners. Many children were orphaned and the state of Kalinga in northern Andhra Pradesh came under the rule of Ashoka.

The Battle of Panipat led to the establishment of the Mughal Empire in northwest Delhi. The battle took place on April 21st, 1526 under the leadership of Babur, the founder of the Mughal Empire. Babur was a notable ruler who spent time in his youth wondering about Central Asia, winning and losing battles. Much of northern India was under the rule of Ibrahim Lodi, who was an unpopular ruler. The nobles were dissatisfied with his rule, which led them to invite Babur to rule over them instead. Babur had an army of 15,000 men compared to Lodi's 40,000 men. However, his secret weapon, which consisted of 24 artillery, gave him the upper hand when they defeated Lodi's forces at the Battle of Panipat.

The Battle of Plassey took place on June 23rd, 1757 and resulted in the establishment of the British Empire. The British attacked the rich Bengal province in India, where it later spread to other Indian cities. This helped the British rule the rest of India, especially after opening a trading post in Calcutta. The British troops were better paid and well organized, and had the cooperation of local Indian men (sepoys), compared to Siraj Ud-Daulah's army, which Nawab of Bengal tried to oppose British rule. Eventually the British won the Battle of Plassey and thereby acquired much wealth and ruled the rest of India.

Biggest battles in the history of India 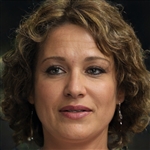