What is your favorite city in Pakistan

In our "Travel Buddies" format, travel professionals tell us why they are exploring the world, what they have learned while traveling and which events have stuck in their minds. They also tell us their insider tip for Europe.

When we think of backpacking vacations, most of us probably think of countries like Thailand or Vietnam. Countries to which many other backpackers have already been and which now have a good infrastructure for this. Anne Steinbach and her boyfriend Clemens Sehi were too bored, the two of them are interested in the unknown, of which, you might think, there is not much left in the world. They found their adventure in Pakistan - and wrote a book about it. "Backpacking in Pakistan" has just been released and it gives a great insight into a country that many probably associate with the Taliban and war. Anne herself studied tourism and journalism and started a blog during her internship in West Africa. She now writes for various travel media.

Anne, why are you traveling?

"I travel because I'm incredibly curious. I would like to get a taste of all the cultures in the world. I want to see how people on the other side of the world cope with their everyday lives, how they cook, how they live. And of course I can do that at Traveling is incredibly good. For me, traveling is also always a kind of distance learning, because nowhere do you learn as much as on a trip to a foreign country - and you really don't have to travel far to do so. Even a short detour to a market all in one little French village teaches me something - even if it is just the unrestrained zest for life and joie de vivre of the French, from which we Germans could certainly learn a bit more often.

Tell us about something you learned while traveling.

"Over time, traveling has made me an incredibly open and impartial person. Every trip shows me anew that we can get a damned far in life if we approach people openly and without prejudice."

Every trip shows me anew that we can get a damned far in life if we approach people openly and without prejudice.

In your book "Backpacking in Pakistan" you report about that trip. Why should we all go to Pakistan?

"Pakistan is wonderfully untouched and absolutely unknown. The country is especially perfect for adventurers and all those who would like to tease out their own instinct for discovery again. So far little is known about Pakistan, tourism is hardly or not at all developed and that's exactly why you can Travel here as you could in other countries years ago. " 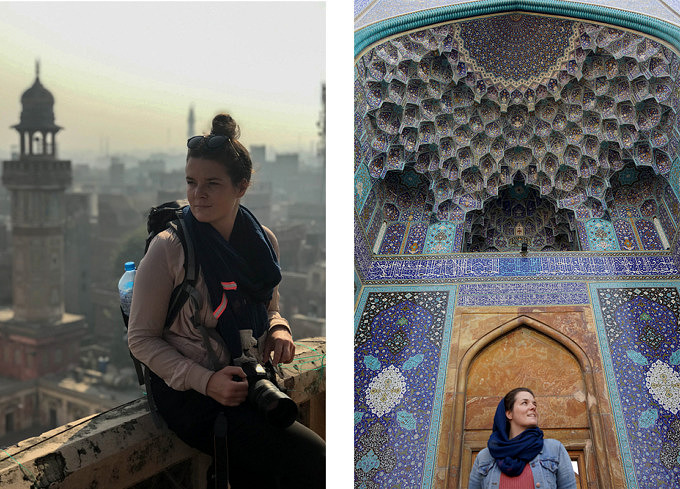 Which event do you particularly remember?

“In my favorite city in Pakistan, Lahore, we were allowed to climb a minaret at sunset. From above we not only had an incredible view of the winding old town, but we could also see how the entire cityscape changes as soon as the sun goes down . That was really amazing. "

Is the country for solo travelers? And who would you advise against a trip to Pakistan?

"I know some people who have also traveled to Pakistan on their own. In principle, it is definitely possible, because actually you can travel to Pakistan just as easily as it is to neighboring India. Anyone who has already been to a Muslim country is up Pakistan quite well prepared. But I think that it will be difficult for everyone who doesn't know exactly what to expect. Suddenly there are a lot of mosques, you can always hear the muezzin and in between you see veiled women Pakistan can also be visited almost exclusively individually, as there are currently no tour operators offering guided tours to the country. So if you don't trust yourself to organize everything on your own, you may be a little overwhelmed in Pakistan. "

You like to travel to unknown countries - which country is still underestimated?

"A country that has not yet received much from tourism is Lebanon, even though there is so much to discover there. The capital Beirut alone is so hip and cool and especially perfect for alternative travelers Hop through various gin bars in the evening, then dance in the Arab underground club and the next morning eat a real Lebanese breakfast right by the sea. Unfortunately Lebanon is mainly shaken by its location and its neighboring countries. For me Lebanon is very clear a travel destination with a lot of potential. "

And which place in Europe do you think we absolutely have to see?

"We were in Brittany several times last year and fell in shock. The best way to explore this piece of France is by rental car and just drive from city to city and from village to village. My personal highlight of Brittany was the island of Belle-Île, which has everything you could imagine on a French island: small bars, small tables where you can have a nice wine in the sunset, hidden bays and a beautiful, untouched landscape. "

You write on your homepage that your travel reports are "authentic". What is still authentic today in times of social media?

"Social media definitely makes it harder to be and stay authentic. For me, authentic travel is mostly what is close to the locals. I don't travel to places to have a hip breakfast in a hip pool travel to see how the local people live - and that happens off the beaten track in hidden restaurants, alleys and far away from Instagram and Co. "

I don't travel to places to have a hip breakfast in a hip pool. I travel to see how the local people live - and that happens off the beaten track in hidden restaurants, alleys and far away from Instagram and Co.

We haven't been able to travel at all in the last few months. How do you think traveling to Corona will change?

"I think it will go in two directions. On the one hand, we will appreciate traveling more again. Just the fact that we have not been allowed to travel for a long time and so far have not really been allowed to do so will make us even more excited about the freedom to travel I hope that this will lead to a greater awareness of travel, that we may no longer book every cheap flight and now and then just go to nearby travel destinations. On the other hand, I also think that the crisis will make traveling more expensive We are already noticing that some travel companies, hotels and airlines are not making it and the fewer players there are on the market, the more expensive it will be to travel, which means that countries that are cheaper, such as Pakistan, may once again be the focus of attention for example." 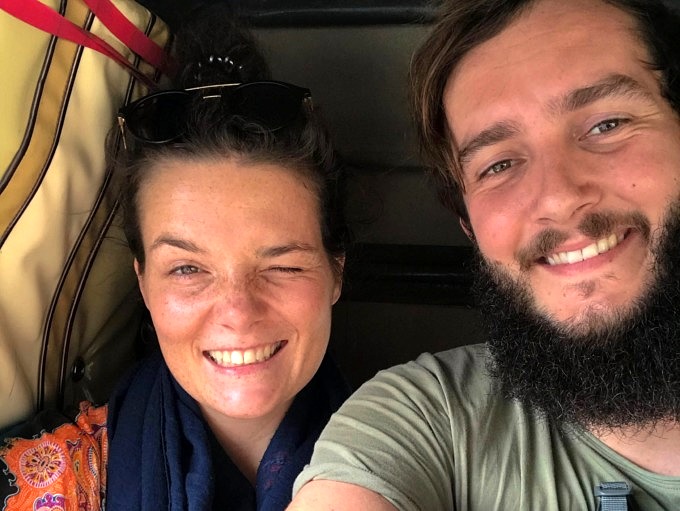 How did you use the break from travel?

"In fact, my boyfriend and I have been super productive so far and have worked our way through a lot of things that never happened before. We published a lot of articles from past trips, restructured our blog Travelers Archive, and made new plans for the future. Our apartment did that Travel break is good too. Finally our spices from Pakistan and Iran have got their permanent place in glasses - yeah! "