Which weapon killed the most in history?

The first use of poison gas as a weapon of war

On the evening of April 22, 1915, the Germans and French faced each other near Ypres in the Belgian north-west as opponents in the First World War. The city has been contested for a long time, and a German breakthrough is not in sight. But that evening the Germans want to use a new weapon: poison gas. They buried thousands of steel bottles next to them. When the wind blows towards the enemy, they open the taps and blow 180 tons of liquid chlorine into the air. A yellowish cloud floats out of the German trenches towards the enemy line. 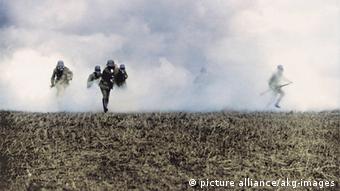 German soldiers are also attacked with poison gas. In the colorized picture: 1917 gas attack in Flanders.

That is where the horror begins. Turned red, blind and coughing, the soldiers, enveloped in gas, stagger around. 3000 of them suffocate, another 7000 survive badly burned. "At that moment, science lost its innocence," says the science historian Ernst Peter Fischer. Until then, the goal of science had been to make people's living conditions easier, "and now science has provided conditions for killing human life".

"In peace for humanity, in war for the fatherland"

It is a German chemist who discovered chlorine gas as a strategic weapon in the war: Fritz Haber. He is considered to be the first scientist ever to put his knowledge fully into the service of the army. After the "success" of Ypres, he was even appointed captain. Haber identified the substance chlorine as a highly toxic poison that is concentrated near the ground due to its high density. He knew: it irritates the mucous membranes, leads to shortness of breath, coughing, excessive secretion of mucus and water and ultimately death. In addition, the poison was cheap - chlorine is a waste product of the chemical industry. 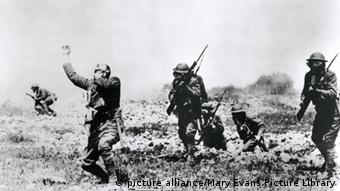 Images of horror. American soldiers are attacked with gas on the Western Front

"Haber's motto was: 'In peace for mankind, in war for the fatherland'", quoted Ernst Peter Fischer, the then head of the chemical department in the Prussian War Ministry. "It was a different time back then," says Fischer. "Everyone tried to find a poison gas that they could use in the war. Only the Germans succeeded. They were simply better, only in this case the better is of course the worst thing you can think of."

The attack near Ypres was a war crime - as early as 1915. Because the Hague Convention of 1907 forbade the use of "poison or poisoned weapons". Even if this referred to the poisoning of water, soil or the shooting of poisonous arrows, because poison gas had never been used.

Fritz Haber became a role model, and not just for the Germans. A second war begins among all the states involved in the war, a struggle for the best scientists. You should design new chemical weapons that can be used as soon as possible. "Abroad people looked at Haber with envy," says Ernst Peter Fischer. "You would have loved to have had such a courageous, intelligent, and determined chemist." As soon as the poison gas was blown from the battlefields, Fritz Haber received the Nobel Prize for Chemistry in 1918. Not for the discovery of the poison gas, but for the synthesis of ammonia. 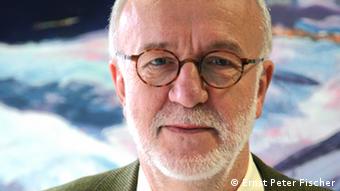 The French and British are also experimenting with gas. Various lung warfare agents such as phosgene and mustard gas, which are often used in combination, are used on all sides. "Buntschießen" was what the military called the technique of using various poison gases to drive victims to death by suffocation. The scream of "Gas! Gas!" becomes the dreaded alarm on the western front of the First World War. However, the gas will not be decisive in the war. It can only be used in favorable weather.

The profit of the industry

And yet a terrible development was set in motion during the First World War - and Germany is its engine. Because Fritz Haber, the chemist, not only creates the molecular prerequisites for the use of chlorine gas, but also uses his good connections to industry. The German chemical company BASF produced the poison gas in large quantities during the First World War. Haber still sits on the supervisory board after the war, when the IG-Farben group was established in 1925. It will be a subsidiary of this company that manufactures Zyklon B during the Nazi era. It is the poison that is pouring into the gas chambers of Auschwitz and other extermination camps and that the Nazis will use to kill millions of people. Even Fritz Haber could not foresee this. "He's a tragic figure," says Fischer. In 1933 Haber fled to England. Chased away from his fatherland, in whose service he has put his knowledge. He is a jew. 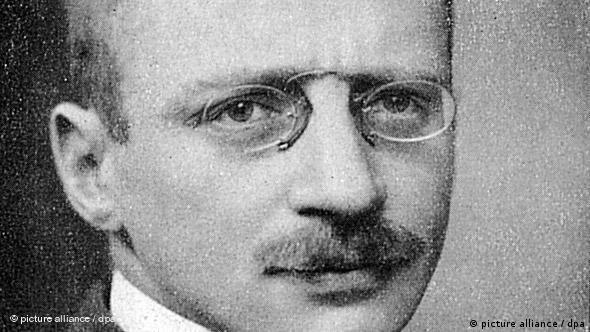 Fritz Haber had to flee Germany in 1933

More than 90,000 soldiers were killed by poison gas on all fronts during World War I, and around a million were poisoned. Many men are still dying from the effects of the chemical weapon long after the war is over. After the First World War, the League of Nations - to which Germany also belongs - agreed in the so-called Geneva Protocol of 1925 to renounce poison gas in war. And yet there is more research going on. Mostly disguised as a further development of insect control agents.

Zyklon B is a pest control agent with the active ingredient hydrogen cyanide. Agent Orange, which the US used in the Vietnam War, is a chemical defoliant. Used with the aim of clearing Vietnam's dense vegetation for targeted attack, it poisoned the earth and continues to cause illnesses and malformations in the affected areas to this day.

"You can do all sorts of things with poison gas," says the science historian Fischer, "only not aiming. You will hit everyone who is in the area of ​​operation". He therefore considers it justified that the use of poison gas is still a red line today. Because: "At this point the war becomes even more inhuman than it already is."