The Americans salute the Israelis

The Israeli authorities blocked an entire terminal in early August to greet a group of 350 immigrants from North America at Ben Gurion International Airport, southeast of Tel Aviv. Prime Minister Benjamin Netanyahu had come, Israeli well-wishers stood in line, a band was playing.

Among the newcomers were 127 young men and women who want to join the Israeli army (IDF). "The applause and joy when we landed were overwhelming," said Eric Schorr from Philadelphia, summing up his feelings. "It was unbelievable. Many people just had tears running down their cheeks because they made their dream come true," the 24-year-old told Deutsche Welle.

The new immigrants arrived in Israel in a heated atmosphere. The debate about preventive military action, perhaps even before the US presidential elections in November, against Iranian nuclear facilities continues. The US and other western states accuse Iran of secretly working on nuclear weapons.

While welcoming people at Ben Gurion Airport, the conflict with Tehran was not explicitly mentioned, but Israel’s prime minister obviously had the aggressive rhetoric of President Mahmoud Ahmadinejad - who implores the destruction of the "Zionist entity" - in mind. "Today we see [...] a vicious new anti-Semitism that we must defend ourselves against," said Netanyahu to the future soldiers in their khaki T-shirts. "The most important task is the defense of the Jewish state. We do it, you do it, and I am proud of you." 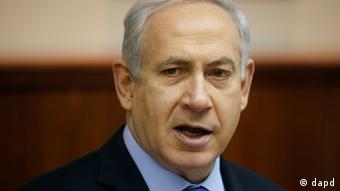 Is Prime Minister Netanyahu already planning the next war?

Meanwhile in Jerusalem there is fear of war. The city's residents stock up on respirators, water and canned food. Eric Schorr, the new recruit from the USA, takes a pragmatic view of the situation. Israel has always been in one matsavfound a situation, says the young man. His family in Philadelphia understand that. "Of course you worry because it's not the United States," said Schorr. "But they also understand that this country is resilient and will survive. Everything will be fine." With degrees in Middle Eastern and modern Jewish studies, impeccable knowledge of Hebrew and Arabic, Schorr hopes to get a good job with the Israeli army. But of course there are also enough domestic competitors who have a perfect command of the language.

No end in sight 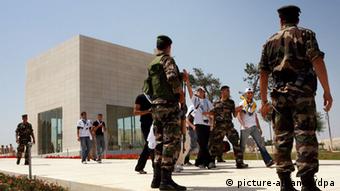 Tensions between Israelis and Palestinians persist

Some Israelis doubt whether the state should really draft immigrants into an army whose soldiers are routinely stationed in the West Bank, the Israeli-occupied Palestinian territories. One of the critics of the action is Avner Gzaryahu, activist of the organization "Breaking the Silence." The group is committed to spreading the experience of veterans in the occupied territories to the Israeli public. "I don't think Israel needs any new recruits," said Gzaryahu, who served in the armed forces from 2004 to 2007. They are of course welcome if they want to come, the activist told DW, but there are much more important things in Israeli society. "It is far more important that young American Jews deal with social problems in Israel than with the West Bank."

The IDF, on the other hand, aims to stimulate the influx of volunteer soldiers from overseas. Recently, the Friends of the Israeli Defense Forces were urged to expand their partnership with Nefesh B'Nefesh - the Israeli organization that helps Jews emigrate to Israel.