Do you think Stephen King should retire?

Between night and dark 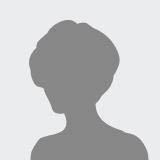 The king of horror leaves us breathless

"The stories in this volume are tough. You may have found some of them difficult to read. Rest assured that in places I found it just as difficult to write." Thus begins King's afterword, which is worth reading, to the four dark novels that lurk in "Between Night and Dark" for the reader. The stringent basic mood of the four thematically very different novellas is thus lashed in place. In each of the four stories, you may dive deeper than you want into the depths of the human soul. And that is - as King rightly writes and as is so often the case with him - not a sunny walk with the twittering of birds. The stories could well have been published under King's pseudonym "Richard Bachmann", under which he used to bundle his more psychologically oriented novels. The purely supernatural, fantastic horror à la "Es" is not to be found here. Rather, King explores the monster in people and at the same time one of his favorite topics: normal people and how they behave in highly unusual situations.

"1922" is the longest story of the band and has an incredibly dense atmosphere. The reader is thrown into the lonely, barren farm landscape of the USA, just a few years before the greatest economic crash that - by then - should shake the United States. The main character is the introverted farmer Wilf, who clings doggedly to his only concept of life: to be a farmer. He defends this dream against any danger, even against his own wife, when she dares, at least to consider, to break out of the tight spot. King, watching closely, tells how Wilf makes what, from his distorted point of view, almost logical decision to kill his wife in order to secure her inheritance, a large piece of land. But he and his accomplice, their son, never recover from the crime - which is portrayed more than vividly by King in all the horrific details. How father and son pay is reported with a throat-constricting consistency from Wilf's perspective. The close proximity to the plot and the characters, whose breath you can almost feel on your skin, is what defines this novel. And the end is classically king.

In "Big Driver" the crime writer Tess is raped. Tess is shaken to the foundations and she finds herself in a situation that reminds of the lives of her invented characters. She has to face a crime, find the perpetrator, and then weigh up the next steps. The big difference is she is the victim herself. Shock and pain are frighteningly real. In addition, the plot hits a few rabbit hooks, which are absolutely necessary because it does not run as smoothly - and constructed - as many invented plots. This emphasizes the difference to the harmless Miss Marple-like crime novels by Tess and King proves at the same time elegantly that he can knit a story so real that one completely forgets that it is also only fiction.

In "Fair Extension", the terminally ill Streeter makes a pact with the devil. Only here is a really fantastic or unrealistic (let's hope, maybe King knows better?) Starting point for the story. What is really diabolical, however, is the ruthlessness with which Streeter puts his own happiness above that of his best friend. King relentlessly shows this to the reader until the end. This story falls a little on a very high level compared to the other three stories.

"A good marriage" sticks to it more forcefully. King chooses a female protagonist who feels safe in her life and her marriage and then has to discover that she obviously didn't know her own husband at all. The daily rituals, the little things that suggest a comfortable security, are the ground on which King then drops the knowledge like a bomb that changes everything. Innocence is lost. How the woman confronts her husband with the current knowledge and what she can and cannot do makes the pages of the book race along without a lot of blood having to flow.

King proves with intelligent certainty that he is the master of his genre in these four short novels. He conjures up the horror with ease, that one thinks that one not only reads, but sees, feels, tastes and hears. Never beautiful, but terribly good.