How the current flows through the conductor

The natural scientist Hans Christian Ørsted observed in experiments that a conductor through which an electric current flows deflects a magnetic needle. The current flow in the metallic conductor wire is based on freely moving electrons as charge carriers. When a voltage is applied, they produce the electrical current in a directional movement and generate a magnetic field around the conductor. A few years later, A. M. Ampère constructed an electromagnetic coil and postulated in 1825 that the source of the magnetic forces was to be found in the electric current.

Switch off, switch on, reverse the polarity of the current 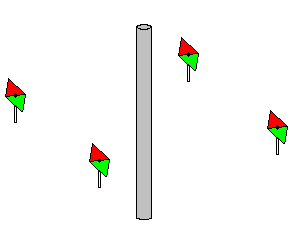 Some time later it was recognized that every moving charge, including electron beams in a vacuum, such as those found in electron beam and gas discharge tubes, generate a magnetic field around them. This gave rise to the possibility of explaining the existence of molecular dipoles in matter. The electrons of the atoms and molecules represent moving charges and generate proportionally very small currents, which in turn build up magnetic fields. The sum of all uncompensated magnetic fields of a material determines its outwardly effective para-, dia- or ferromagnetic properties.

Effect of force on a conductor through which a current flows

Turn off the power Turn on the power 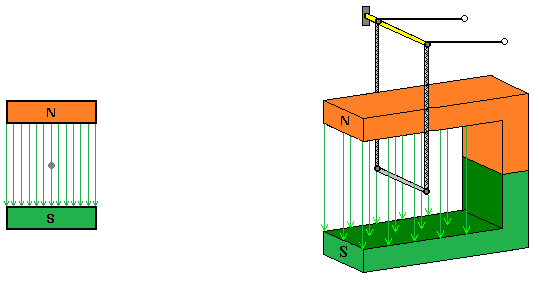 Another experiment shows the existence and the force effect of the magnetic field. Two metal straps are loosely suspended parallel to each other on insulated clamps. If electrical current flows through both conductors in parallel in the same direction, the ligaments attract each other. If the two conductors are connected in series, the current flows through the ribbons in opposite directions and they repel each other. 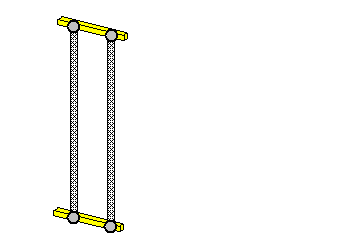 The equation for calculating the force contains the value μo in the constant of proportionality. It is the magnetic field constant of the vacuum, the value of which also applies with great accuracy to the air-filled room. The circumference with 2 · π · a corresponds to the mean field line length. As a scalar value, the magnitude of the force is independent of the direction of the current. With currents flowing in the same direction, the result is positive, there is attraction. For currents in opposite directions the result is negative, the conductors repel each other.

The force on a section of a 1 m long conductor pair with a distance of 1 m from each other is calculated as 2 · 10exp − 7 N. This corresponded to the old definition for the current strength 1 A.

In the case of very large currents, the force effect of conductor systems running close together should not be neglected. In lead-acid batteries, each positive plate lies between two negative plates. In this way, the repulsive forces in the anode can be canceled out and it is not mechanically stressed. Without this precaution, the injected lead dioxide would loosen and fall out. The result is an internal short circuit between the plates that destroys the battery.