Who is the youngest leader of France

France warns its citizens around the world of new attacks

After the alleged Islamist attack in Nice, which left three dead, France has warned its citizens around the world against attacks: "The threat is everywhere," said Foreign Minister Jean-Yves Le Drian after a meeting of the security cabinet chaired by President Emmanuel Macron.

"The step from virtual hatred to real violence is small," said Le Drian. Paris had instructed the diplomatic missions abroad to strengthen security measures. At home, France wants to better protect schools and churches in particular, as Defense Minister Florence Parly said after the crisis meeting. According to the Ministry of the Interior, 3500 reserve police are being mobilized for this purpose. 120 additional police officers are said to be patrolling Nice alone. 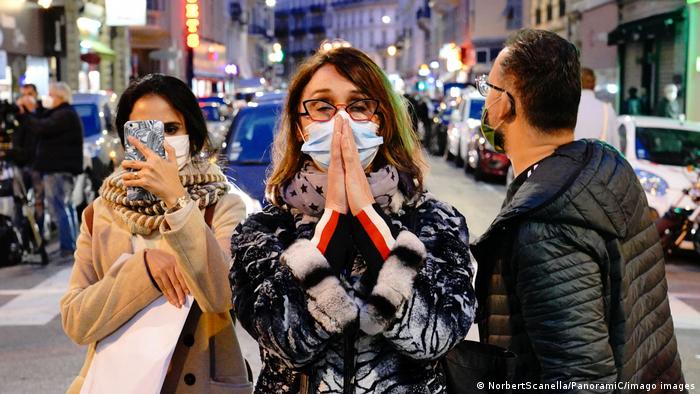 Many people are still shocked in Nice, the scene of the latest Islamist terrorist attack

President Macron had previously announced that the army's counter-terrorism force would be increased from 3,000 to 7,000. The highest terror warning level has been in force across France since the knife attack in Nice on Thursday.

Meanwhile, the police arrested two other suspects. A 35-year-old was taken into police custody because of possible connections to the suspected attacker, according to judicial circles. He is said to have had contact with the alleged perpetrator Brahim Issaoui the day before the attack. Nothing was known about the other person. On Friday morning, investigators had already announced the arrest of a 47-year-old who was also suspected of having been in contact with the attacker shortly before the crime.

The attack was preceded by massive threats and protests against France in Muslim countries. It was only on Thursday that the former Malaysian Prime Minister Mahathir Mohamad described it as legitimate to "kill millions of French people". He justified this with French "massacres" of the colonial era. Under pressure from the Paris government, Twitter deleted Mohamad's short messages. 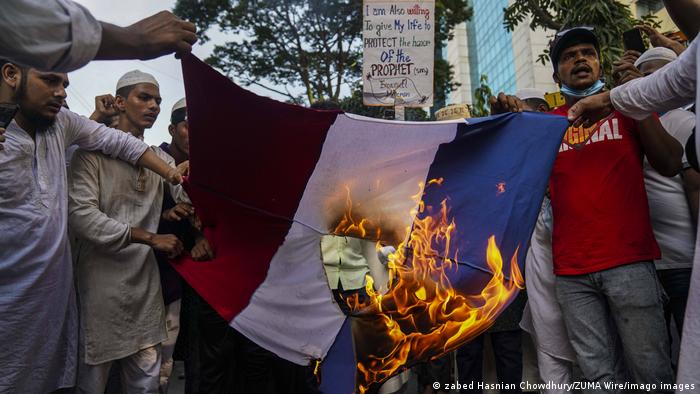 Meanwhile, the protests against Macron in Muslim-dominated states continue. Tens of thousands of people demonstrated in several cities in Bangladesh, some burned pictures of the French head of state, to express their outrage over Macron's defense of cartoons of Mohammed. According to the police, 12,000 people took part in protests in the capital Dhaka alone; independent observers as well as the organizers spoke of 40,000 participants.

In the Pakistani capital Islamabad, around 2,000 people took to the streets and marched towards the French embassy. Barricades prevented people from achieving their goal. Some participants threw stones at police officers, who used tear gas against the demonstrators. The crowd shouted "Drive away the French dog" and "behead the blasphemer". In Karachi, 10,000 people marched through the city after the Friday prayers on the occasion of the Prophet Mohammed's birthday. This protest was also marked by anger at the French President. Protest also in Lahore, the second largest city in Pakistan

Prime Minister Imran Khan had previously called on the governments of the Muslim countries to a united fight against "Islamophobia" and lamented the "desecration of the Holy Koran" in European countries.

Protests also took place in neighboring Afghanistan. In the capital Kabul there were 2,000 demonstrators, observers reported. The protesters therefore called for diplomatic relations with Paris to be broken off and for a boycott of French goods. Thousands also demonstrated in the western province of Herat.

Thousands of Palestinians also gathered for rallies. Many gathered on the Temple Mount in Jerusalem's Old City, one of the holiest places in Islam. Ikrima Sabri, head of the Supreme Islamic Council of the Palestinians, called for a "day of wrath". In the Gaza Strip, too, the ruling Hamas held events with hundreds

Participants organized. In front of demonstrators in the Jebalia refugee camp, Hamas leader Fathi Hammad shouted: "The abuse of our prophet Mohammed by France violates the beliefs of two billion Muslims around the world."

The tensions were triggered by Macron's statements in defense of freedom of expression after the alleged Islamist attack on a teacher near Paris who had shown Mohammed cartoons in his class. The President stressed that France would "not give up caricatures and drawings".