A Chinese quantum computer prototype solved a calculation task in 200 seconds that would take a classic computer 2.5 billion years to complete. This is what researchers headed by Jian-Wei Pan from the University of Science and Technology of China report in the journal "Science".

A team of researchers funded by Google had already shown in October 2019 that quantum computers can accomplish a special task faster than conventional supercomputers. The US group used a network of 53 superconducting crosses for this purpose. The strongly cooled microchip determined in record time the probability with which the coupled qubits produce certain sequences of numbers when they are read out. 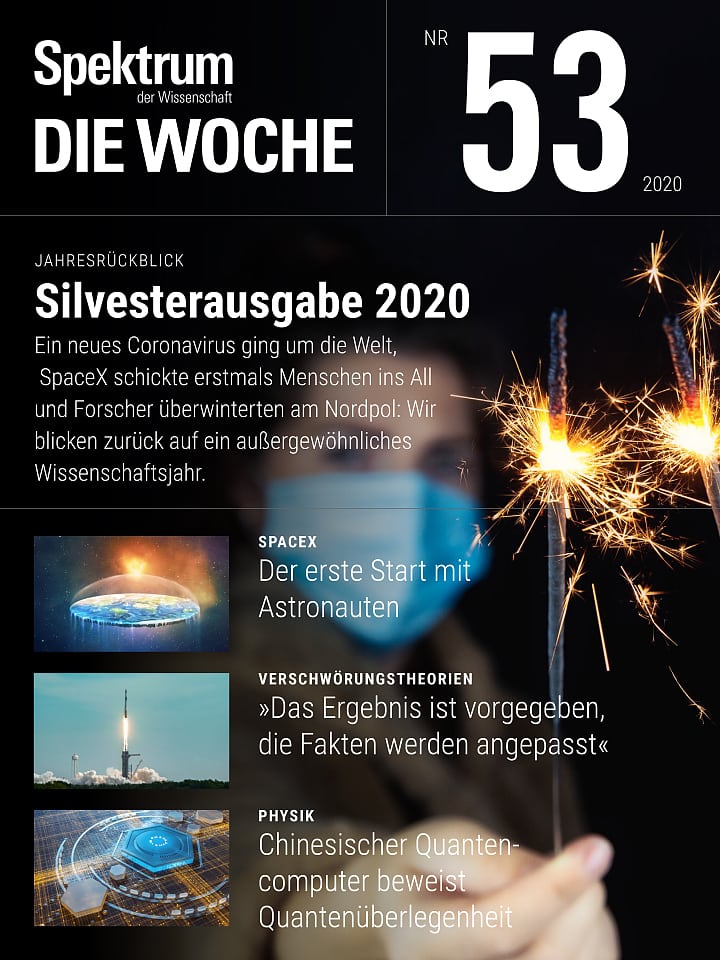 The Chinese team has now chosen a different route to »quantum superiority«: the physicists used lasers to fire a host of individual light particles into an array of beam splitters, mirrors and prisms. At each of the beam splitters, a photon has to decide whether it should turn at a right angle or continue straight ahead. At the edge of the test area, 100 sensitive detectors showed which path the light particles had ultimately taken across the laboratory bench.

It is extremely difficult for a normal computer to calculate which detectors light up with which probability and which polarization the incoming light particles have. If you count all possible runs through the course for 50 simultaneously shot photons, you get the astronomically high number of 1030 (a number with 30 zeros), the researchers estimate. And ultimately, not all outputs are equally likely: The light pulses can be described as waves in the context of quantum physics and therefore interfere with one another in a complicated way.

In order to determine how often which sequence of the experiment is, classic computers have to solve a complex system of equations. Its complexity grows exponentially with the number of light particles involved. If, on the other hand, you simply recreate the course, regularly feed it with precisely coordinated laser pulses and count how often which photodetector lights up, the result can also be determined much faster: In this case, nature relieves you of the complicated superimposition.

The computer scientists Scott Aaronson and Alex Arkhipov had therefore already described the experiment known as "Gaussian Boson Sampling" in 2011 as a test field for a quantum computer based on light particles. Until recently, however, the technical hurdles were considered extremely high, since light particles are often lost and large numbers are difficult to synchronize.