Can I get NPS money after retirement?

South Korea has one of the fastest aging societies in the world - that is why the future of pensions and old-age poverty in the country are major issues.

After the division of the nation and the Korean War, the country faced enormous social challenges. In addition, pension insurance in Korea was introduced relatively late (from 1960) and, above all, only bit by bit for selected occupational groups or groups of people.

This means that the state pension scheme only reached a limited section of the population: civil servants, the military, teachers and others. It was not until 1988, the year of the country's Summer Olympics, that South Korea gradually introduced a general pension system that also includes employees in the private sector. This National Pension Service (NPS) then took until 1999 to ultimately establish a pension and social security system for the entire population.

The main reason for this was the country's economic upswing: from one of the poorest agricultural countries to the eleventh largest economy in the world (2017). According to the World Bank, South Korea's real gross domestic product in 2016 was more than three times as high as in 1988. Technology giants such as Samsung and LG or the conglomerate Hyundai are among the world's largest corporations. In the past ten years, South Korea's economic growth has always been slightly to well above that of Germany. In 2016 it was 2.8 percent. Unemployment was also low in 2016 at 3.7 percent. But the corresponding expansion of social security could not keep up with this economic boom. In terms of poverty in old age, South Korea's population is one of the most vulnerable nations in the world. The demographic change that has long since reached the country will exacerbate this situation if the country does not manage to turn around socio-political.

The old are getting older and older

The relationship between the young and the elderly continues to change in a worrying way. In addition to one of the world's lowest fertility rates, this is also ensured by increased life expectancy. While the proportion of seniors over 65 years of age was around 12.7 percent in 2014, it is forecast to increase to over 30 percent by 2040. While the average life expectancy in South Korea in 1980 was only 66 years, it is currently over 82 years.

This also changed the average age of the South Korean population. While this was an average of 25.9 years in 1980, by 2014 the value had increased to 40.3 years. Trend: increasing. An average age of 49.7 years is forecast for as early as 2040. While there were eight people in employment for every senior citizen to be financed in the economic boom in 2005, this ratio will change radically by 2050. According to forecasts by the Ministry of Health, there will then be 1.5 employed people compared to one senior citizen.

Too few births make for a bleak scenario

The low fertility rate of an average of 1.23 children per woman of childbearing age is one of the reasons that the nation in the south of the Korean peninsula is expected to shrink drastically by the turn of the century. If the negative birth trend continues at the current pace, according to a study by the South Korean National Assembly, the population will more than halve from currently just over 50 million to 20 million by the end of the century. This study even ends with the gloomy scenario that in the year 2750 the (South) Koreans no longer exist as a nation.

The prospects associated with this population development also present the still young pension system in South Korea with immense long-term challenges. Today, the country already has the highest rate of older people living below the poverty line of the 34 OECD countries. 48.6 percent of South Korean pensioners are considered poor. As a result, South Korea has one of the highest suicide rates among senior citizens.

The precarious conditions can of course also be traced back to the relatively young pension and social security system in the country and to the break with centuries-old traditions, according to which the elderly were primarily cared for and looked after by the young - usually the eldest son. The National Pension System (NPS) will gradually take over this task. The general pension fund only covers around 53 percent of the workforce in Korea. The self-employed, low-wage earners, temporary workers and day laborers, for example, are not included.

Only the privileged are comparatively good

When the NPS was introduced, the contribution rate for employees and employers was equal to 1.7 percent each and was later increased to 4.5 percent for each side. Nevertheless, no state can be made with it in the long term, i.e. no pay-as-you-go pension system can be maintained over the long term. The public sector pension funds, which were introduced much earlier, are looking better than the NPS general pension fund. This supplies around six percent of all employees.

These include civil servants, civil servants, military personnel, teachers and university teachers. At 17 percent, their contribution rate is also significantly higher than that of the NPS, with the state and employees each paying half. You can retire at the age of 65 and after 30 years of contributions you will generally have a pension level of 70 percent of your last earnings. But even with this pension fund for the privileged, financial bottlenecks are becoming apparent, especially as the baby boomer generation is slowly retiring.

Most Koreans can only dream of receiving such a pension. The pension formula contains a fixed and an income-related part. However, due to the low contribution rates, pension entitlements only rise by an average of 1.5 percent per contribution year. The sovereign wealth fund, which invests and manages the NPS funds for pension financing, is the largest of its kind worldwide in terms of comparable funds in Japan, Norway and the Netherlands.

It is not enough for the masses to live on

The final amount is then reached at the age of 60. In 2016, the pension level was just under 40 percent of the gross wage reached at retirement age. The NPS-financed pensions are comparatively low and amount to a maximum of 550 euros per person insured. A maximum of around 885 euros is paid for a married couple. This is what causes the high old-age poverty rate. The basic pension was recently increased to 200 euros. For many South Koreans, the only way out is to accept a longer working life, especially since the retirement age will be raised from currently 60 to 65 by 2033.

The pension insurance system also includes a company pension. On the one hand, there is the Severance Pay System, which is mandatory for companies with more than five employees. With this system, only the employer pays in, around 8.3 percent of the salary. The right to Severance Pay already exists after one year of employment. If an employment relationship ends, the amount is paid out as a kind of severance payment.

If an employee works until retirement age, he usually receives his Severance Pay as a one-off sum of money. However, company bankruptcies occur time and again, which are often associated with insufficient pension provisions. There is also a corporate pension system for companies, which, however, must be approved by more than 50 percent of the workforce. Here, too, the employer pays contributions that employees can top up on a voluntary basis. These pension deposits are managed and invested by a bank, insurance company or trust company.

Reunification would rather exacerbate the problems

A lot can happen in current global politics, including further rapprochement between the two Korean states. However, in the event of reunification with the north of South Korea, the pension system would be stable enough to cope with the expected social burdens, is doubtful. The international study “Melbourne Mercer Global Pension Index” is also rather critical of the state and prospects for South Korea's pensioners. South Korea only came in 25th among the 30 countries compared.

Message to the editors

Send comments, praise or criticism on this article to the DIA editorial team.

Selected articles on the topic 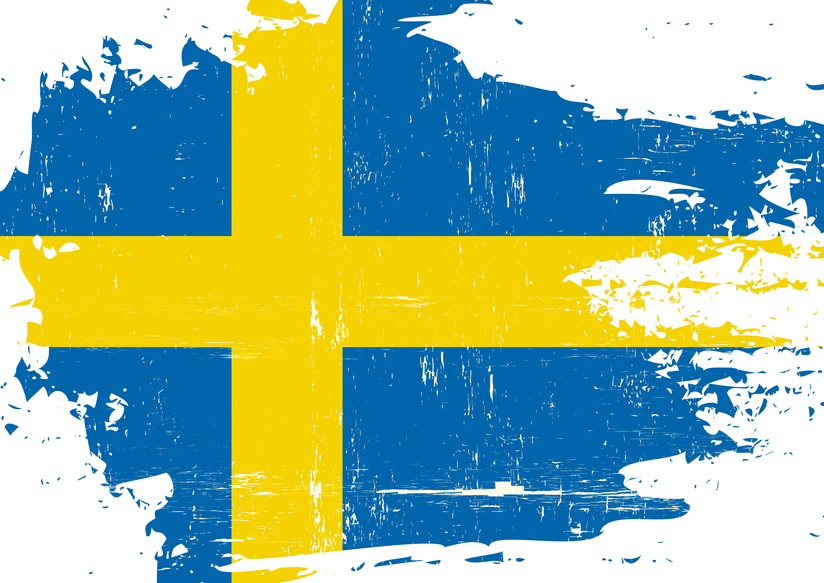 Sweden's pension system sounds a bit like socialism: there is a unit pension and a state fund. But at second glance it becomes clear what a mandatory capital-based old-age provision can bring, although not all Swedes are the same. As early as 1999, Sweden set the course for its state pension system through a pension reform. It is made up of three [...] 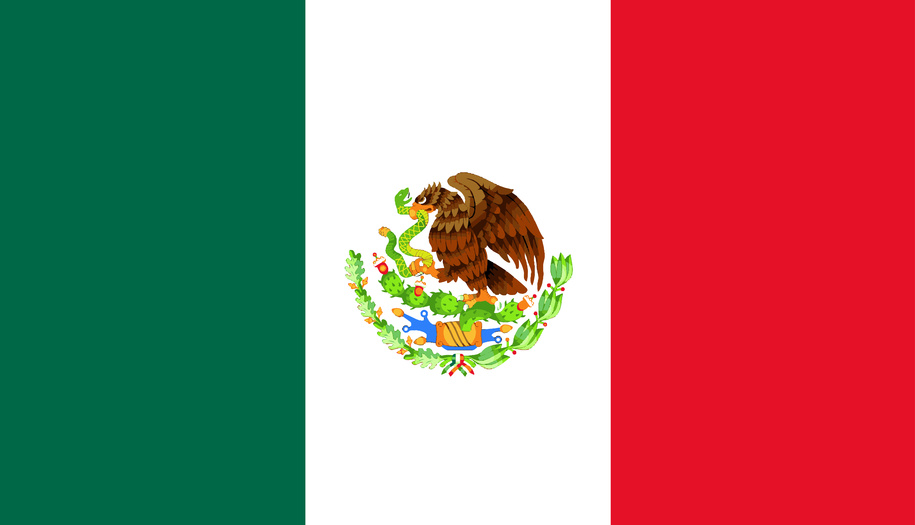 Mexico, Latin America's second largest economy, is economically well on the leap from an agricultural and emerging country to an industrial state, but the current political, social and economic challenges are above all one thing: immense. In addition to corruption and crime, drug wars and violence, Trump and NAFTA, this also includes the state system of statutory old-age provision. If there is talk of it at all [...] 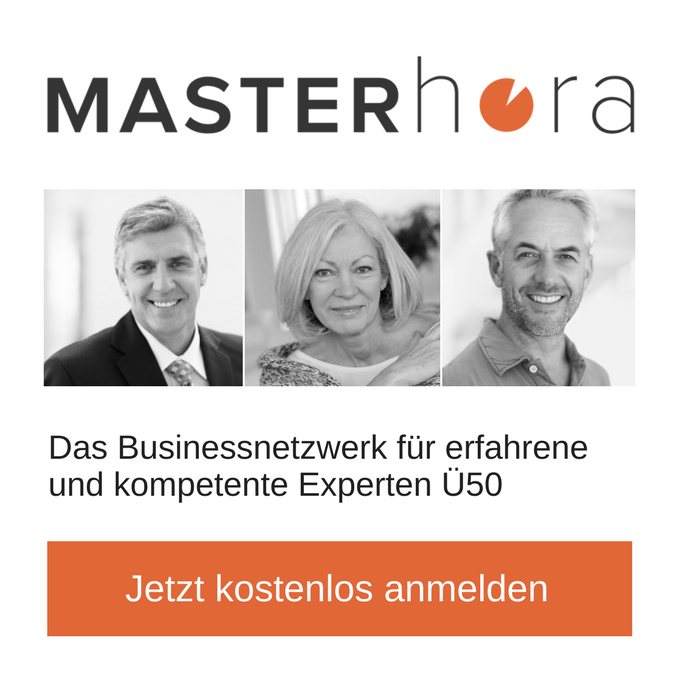