How was Home Depot hacked 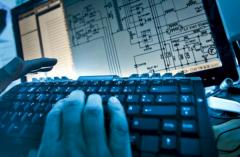 Hackers stole data from 56 million credit cards in an attack on a US hardware store chain.
Image: dpa The US home improvement chain Home Depot has become the target of an unprecedented hacker attack. Between April and September, the data of around 56 million credit cards from customers could have been stolen, as the retail group announced on Thursday. The malware has now been completely removed.

Hackers stole data from 56 million credit cards in an attack on a US hardware store chain.
Image: dpa US retail chains have recently been more frequently hit by hackers. Only a few months ago, data from around 40 million bank cards was stolen from the Target supermarket chain. Target then suffered a significant drop in sales. There were also cyberattacks at the Neiman Marcus department store chain and the P.F. Chang.

In the USA, often only the magnetic stripe of the cards is used at the checkout. The process is much more insecure than paying with a chip in the card and entering a PIN, which is common in Europe. The chip-and-PIN procedure is not expected to become mandatory in the USA until autumn 2015. Home Depot now wants to introduce it in its stores by the end of the year. There are no indications that the hackers can also get PIN numbers, emphasized the world's largest hardware store group.

Home Depot put the cost of fixing the problems after the attack at $ 62 million in the current fiscal year. Of these, 27 million should be insured. Company boss Frank Blake apologized to the customers. Home Depot had already started introducing new encryption technology in its registers in January, but the changeover was not completed until mid-September.

Home Depot received the first information about the hacker attack on September 2nd from banks and investigative authorities. The attackers used specially developed software that was not known from previous cases and that would have been easier to detect. Big banks like J.P. Morgan had already started issuing new cards to customers.