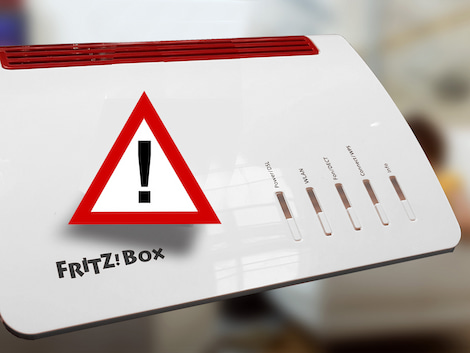 How to fix interference in the WLAN at home and on the go
Image: teltarif.de It is hard to imagine your own four walls without the wireless Internet. Unfortunately, interference and poor reception sometimes spoil the enjoyment: the user surfs through the web at a snail's pace despite the high-speed Internet connection or there are dropouts and jerks when streaming films and series. Here you will find information on typical causes of low data rates and poor WiFi reception and tips on what you can do about it.

Find brakes in the home network

How to fix interference in the WLAN at home and on the go
Image: teltarif.de Transmission by radio is generally less reliable than transmission by cable. Because the radio waves have to overcome or penetrate many obstacles on the way to their destination. Drywall with metal posts and reinforced concrete walls are notorious as WiFi killers, but other components that contain a lot of metal or water can also significantly weaken the signal. It may well be that the signal arrives only very weakly at a certain location, but the reception is already optimal a few centimeters away.

Usually, the antennas in home WiFi routers are aligned so that the signal spreads well horizontally, but less well vertically. When several floors are covered by a WLAN, the reception on the floors without a WLAN access point sometimes looks poor.

In addition to passive brakes, which cause problems for radio traffic due to their mere presence, there are numerous devices that themselves emit radio waves that collide with the WLAN. With older or cheaper routers, WLAN still only transmits in the 2.4 GHz band, as does Bluetooth. It is therefore worthwhile for several reasons to generally switch off Bluetooth and only activate it when necessary. First of all, this helps to save energy. Secondly, Bluetooth connections are usually not very impressed by a WLAN in the vicinity, but conversely, a WLAN can react sensitively to Bluetooth. This is because Bluetooth uses more robust transmission methods than the WLAN standards of the IEEE 802.11 family.

The 2.4 GHz range also belongs to the so-called ISM band, which is approved for industrial, scientific and medical uses, so that other applications can also be found there, such as microwaves and some medical devices.

As a first measure in the event of poor WLAN reception on individual end devices, it can be helpful to try out different locations. As a rule, the closer the user is to the location of the access point, the better the strength of the signal - this is usually a WLAN router. Its location can also usually be optimized. For aesthetic reasons, many tend to hide it in a closet or box. However, this is often at the expense of signal strength. And the lower the signal strength, the lower the data rate. Therefore, it is better to position the wireless router openly on a shelf or on a sideboard. An elevated position usually ensures better transmission and reception quality. If the access point has external antennas, the user can try out different orientations.

Reception is often difficult, especially in apartment buildings, because so many local networks use the same frequencies. Then switching to a less-used channel can help - many modern devices do this automatically. To search for a free channel by hand, the user can fall back on numerous tools for the PC or apps for the smartphone such as InSSIDer or WiFi Analyzer. n and ac WLAN offer the advantage of switching to the less crowded 5 GHz band if the devices involved support it. This band also offers more non-overlapping channels than the 2.4 GHz band used exclusively by b / g WLAN. 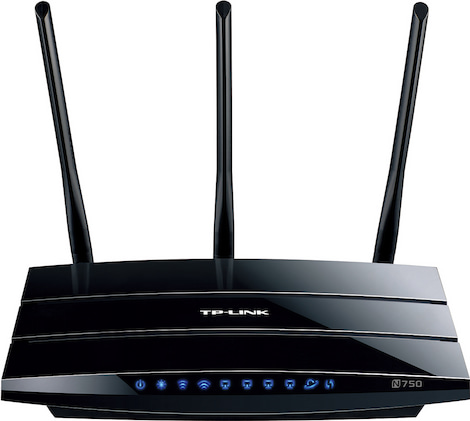 Upgrade to the newer WLAN standard: Better reception thanks to MIMO and dual band

Those who still use older devices can improve their WLAN speed if they upgrade them to the current n or ac WLAN standards with multi-antenna technology (MIMO), because both are significantly faster, more robust and have a longer range than their predecessors. In the case of the wireless router, a new purchase is required. You can find more information on this in our separate buying guide: How to find the right router for (V) DSL and TV cables.

Important: The transmission via fast n or ac WLAN can of course only take place if the end devices also support it. A new router alone is therefore useless, it will simply communicate with the old devices according to the 802.11a / b / g standards if they do not support n or ac WLAN.

The user can bring a desktop PC up to date using a WLAN adapter as a plug-in card. A WLAN adapter can also be connected as a USB stick for laptop and PC. Every adapter must support the 802.11n standard; an adapter with ac-WLAN or the successor standard 802.11ax is better.

Not every device offers features for top speeds

If you want to achieve top speeds with WiFi, you should make sure when buying a new WiFi access point that it has the optional features as standard. This includes the transmission of several spatial data streams. With n-WLAN, up to four data streams with a data rate of up to 150 Mbit / s are possible, which results in the maximum 600 Mbit / s. With ac-WLAN, the selection ranges from 433 Mbit / s to 1300 Mbit / s - depending on the technical equipment the manufacturer has given the device.

If you want to take advantage of the 5 GHz band and still have old g-WLAN devices, you should buy a WLAN router with simultaneous dual-band capability. To put it more simply: A WLAN access point that can transmit in the 2.4 GHz and 5 GHz band at the same time. The user can benefit from the 5 GHz band with new devices and continue to use old devices that are only in the 2.4 GHz range. Without the ability to operate in parallel in both frequency ranges, a dual-band WiFi router can only work in one of the two bands, or delays arise if it has to switch back and forth between the two bands continuously.

Amplify the signal or bridge critical points with cables

If the apartment is large and the range of the WiFi router is too short despite n or ac WiFi, the user can make do with a WiFi repeater. Many WLAN routers can also be used in repeater mode, so the user can convert an old, unused device. In addition, many manufacturers also offer small, compact WLAN repeaters for the socket.

If you want to set up your home network over several floors or if thick walls represent insurmountable obstacles in the apartment, the critical points should be overcome by cable, for example via Ethernet, and then distribute the signal via WLAN. If you don't want to pull cables, you can also use the power grid for bridging and use powerline adapter sets.

In a separate guide, we explain how you should best react in the event of a complete power failure.

WLAN advisor at a glance 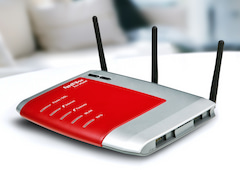