Facebook's advertising manager distinguishes between eleven advertising goals and categorizes them according to the campaign goals of awareness, consideration and conversion. The selected campaign target then determines the options accordingly, including with regard to the bid, optimization and payment strategy.

Depending on the marketing goal, budget and time available, the advertiser's decision may be different. Only in the end everyone actually wants the conversion, but is that always the best campaign goal?

Is conversion always the right goal?

The ConversionTargets are particularly suitable for remarketing, products with a short consideration period (e.g. low price) and for collecting information from micro-conversions (where does the customer jump?). It is therefore advisable to only slightly segment target groups in conversion campaigns so that the algorithm has more data to learn from. In addition, a conversion event should be chosen that is realistic for the target group. If the campaign does not work, an adjustment to micro-conversion goals (e.g. optimization to "registration" or "add to shopping cart" instead of "purchase") can help to collect more data.

Store traffic and catalog sales are special forms of conversion campaigns. For e-commerce advertisers with a connected catalog in Business Manager, it is worth trying the catalog sales option, especially for remarketing purposes. Store traffic campaigns are suitable for companies with local stores because they are optimized for people who are within a certain radius of the stores.

Is it worth buying notoriety?

The goals of brand awareness and reach are hidden behind the awareness category. These strategies are suitable, for example, for building a channel or for expanding a target group.

Brand awareness is optimized to maximize the number of people who will remember the ad. Facebook decides here how the ads will be displayed and reserves the right to use surveys to achieve goals. Payment is again made by impressions, which is why this option is less transparent than others for several reasons.

The limitation of the awareness strategies lies in the quantification of the target achievement. The reach provides information about the number of people reached, but the conversion potential, i.e. the quality of the user, remains difficult to identify. Impressions are even more vague because they do not show how often an ad for the same person was displayed.

Reinforce consideration of your target audience

The category Consideration brings together advertising strategies that aim to increase traffic, interactions, app installations or lead generation. There is also an extra option for more video views and messages.

traffic can be a cheaper alternative to the conversion goal, especially for products with a longer consideration period. In addition, this strategy enables customers to intensify their product knowledge and to build remarketing lists at the same time. Facebook gives the choice between website, app and messenger traffic generation.

If link clicks are optimized, Facebook ensures that the ad is shown to as many people as possible who are likely to click on the link. However, that doesn't mean that users are actually waiting for the landing page to open. The difference can be determined by comparing the Facebook Insights with the Insights of the website (landing page). It can therefore be worthwhile to optimize for landing page calls instead of link clicks.

Optimizing on Video views is an interesting option because this strategy often leads to good traffic values, although it is optimized for ThruPlay and paid for via ThruPlay or impressions. Therefore, this strategy can be more cost-effective than other goals and also better inform the customer.

The goals Lead generation and App installations are suitable for campaigns that can incorporate relevant services (app, catalog, newsletter registration). When generating leads, there is the option of choosing between various instant forms. App installation ads can be optimized for link clicks, app installations or events.

Messenger -Campaigns are well suited for products for which a certain information request from the customer can help before the purchase. The ad can be optimized for responses or leads, payment is made per impressions. The special thing is the messenger setup. Here the advertiser can choose between different templates or individually program a message bot using a JSON facility.

In principle, it can't hurt to try out different approaches outside of the recommended use by Facebook and learn from them. If you are unsure which goal is best for your case, try different approaches side by side at the beginning and compare their success in relation to your goals. This will help you decide which adjustments to make. 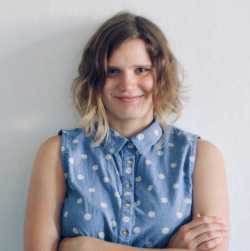 After studying marketing, Maria gained practical experience in a digital agency and now supports various projects in this field on a freelance basis. At the moment she is increasingly concerned with sustainability marketing and management.