How do we recognize potentially dangerous asteroids

Asteroid races past Earth on Sunday: NASA has a special plan

On Sunday the huge and extremely fast asteroid "2001 FO32" flies past the earth. The space agencies Nasa and Esa have a plan - and start a historic mission. 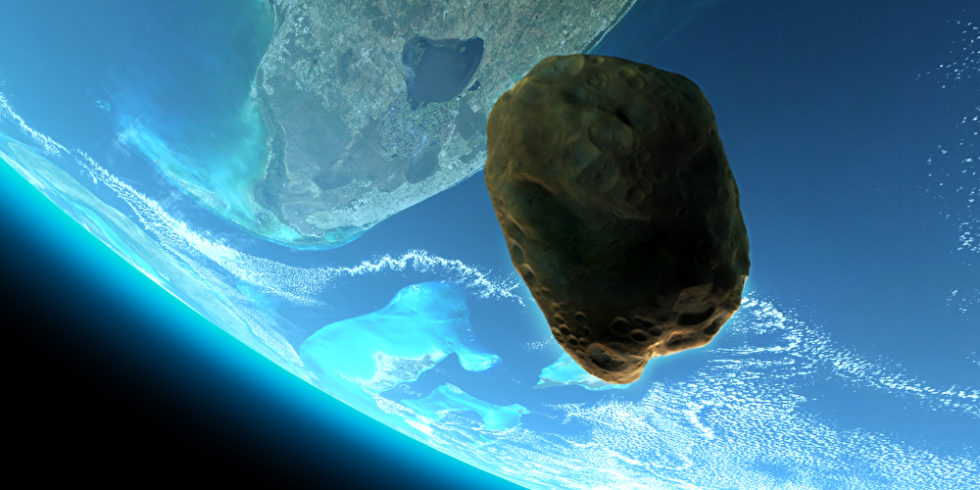 An asteroid rushing to Earth from space: an extremely unlikely scenario. But if the worst comes to the worst, Nasa and Esa want to be prepared.

It is about the size of the Golden Gate Bridge: 231937 (or 2001 FO32) is the less romantic name of the asteroid, which NASA astronomers have given the predicate “potentially dangerous”. At 124,000 kilometers per hour that is asteroid exceptionally fast.

He is one of the asteroid candidates coming relatively close to Earth: On Sunday March 21st, will Asteroid 2001 FO32 approach to a distance of two million kilometers before it moves away from us on its orbit and does not return for 32 years. Researchers know the trajectory of the "big chunk" very well. More than five times farther away than the moon, the boulder rushes around the earth. 2001 FO32 is the largest asteroid near Earth in 2021. Its estimated diameter is between half a kilometer and one kilometer.

Astrophysicist Carolin Liefke says it is basically impossible for the asteroid to hit the earth. And yet: “You have asteroids like this in your eye because it is relatively large. If something of this size were to come our way, that would actually be a problem, ”said Liefke.

What exactly would happen then? “In principle we know that, because it has already happened in Germany,” said Liefke. About 15 million years ago, what astronomers and geologists call the "Ries event" happened today. At that time, an asteroid with a diameter of about 1.5 kilometers plunged into the earth's atmosphere at over 70,000 kilometers per hour. As a meteor, it shone brighter than the sun. The celestial body finally crashed onto the surface near the Swabian Alb. The result: an explosion that left a crater 25 kilometers in diameter.

“But that's not all,” explains Liefke. “A huge amount of material is ejected from such a crater and scattered within a radius of 1,000 kilometers. It's scorching hot and everything around it is on fire. This is a global catastrophe. "

Knowledge of asteroids is crucial

What if Asteroid 2001 FO32 goes off course and continues to approach Earth? This could happen, for example, if it collides with another celestial body on its orbit. But the astrophysicist can reassure: “We are relatively good at determining the orbit of these asteroids. You just have to know it well enough. "And 2001 FO32 is a relatively old acquaintance: The first number in its name indicates the year it was discovered, ie 2001." That means it has been followed continuously for 20 years. " 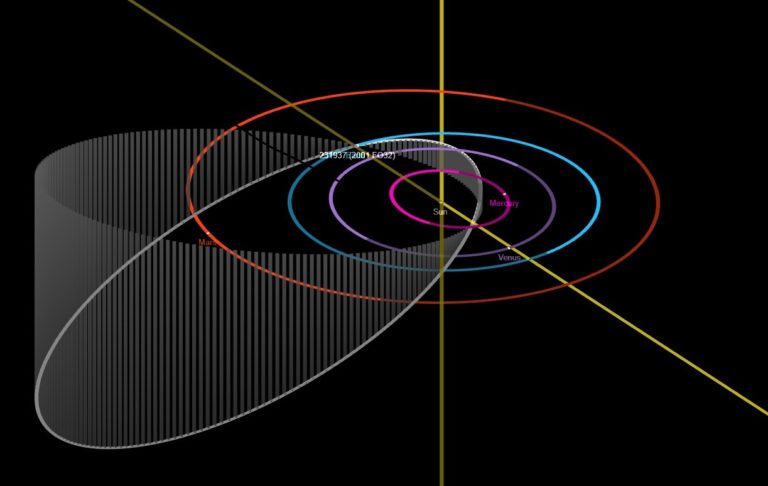 The graphic shows the elongated and inclined orbit (white ellipse) of asteroid "2001 FO32" around the sun.

This is also confirmed by Paul Chodas from the Center for Near Earth Object Studies in California. "There is no way the asteroid could get closer than two million kilometers to Earth."

It only becomes a challenge if an asteroid is newly discovered and only a few measurement points are available: "The exact direction in which the asteroid is flying would then be subject to uncertainty," said Liefke. 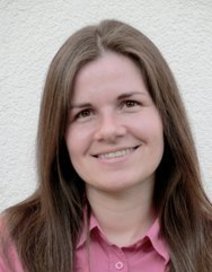 The NASA scientists want to take the chance, however, and examine the asteroid during the flyby. Asteroid 2001 FO32 will not be visible to the naked eye from Earth. But you should be able to see it with a telescope. The orbit of the asteroid is steeply inclined to the plane of the planet at almost 40 degrees. This may indicate that 2001 FO32 may be a burned-out cometary nucleus. These comets have such striking orbits. Large infrared telescopes in Hawaii will take a look at the asteroid, because astronomers want to know what it is made of. Generally speaking, asteroids are rich in metals such as rare earths.

Asteroid, meteor, comet: what are the differences?

“The term“ potentially dangerous ”is a category that includes all asteroids larger than 150 meters. In addition there is a certain value of the distance of the orbit to the earth. This is still so big that there is no collision. This list contains almost 2,000 objects that you keep an eye on, ”explains astrophysicist Carolin Liefke.

Michael Küppers from the European Space Agency Esa can also reassure you: “There is currently no known property that is expected to hit in the near future. But that smaller, meter-sized objects penetrate into the atmosphere, that happens every year. Most of them burn up, nothing happens. The larger the asteroid, the rarer such events are. We probably don't have to worry about that in the near future. "

But: “It will happen someday.” According to popular theory, such a fatal asteroid impact led to the extinction of the dinosaurs 65 million years ago. "We believe that we are now at the point where we can prevent a potentially threatening impact," says Küppers. This is exactly what the US space agency Nasa and ESA want to prove soon - with a spectacular scientific project.

“The principle is actually simple: a space probe is sent in the direction of the asteroid and collides with it at high speed. This collision changes the asteroid's orbit so that there is no impact on Earth. So a kind of asteroid billiards, ”explains Küppers.

The so-called Darts mission the NASA. Dart stands for Double Asteroid Redirection Test. NASA's dart probe will then fly to the double asteroid Didymos. "It is supposed to deflect the asteroid moon on its orbit around the main asteroid," explains Küppers. To do this, the probe should hit the smaller of the two boulders at a speed of six kilometers per second. 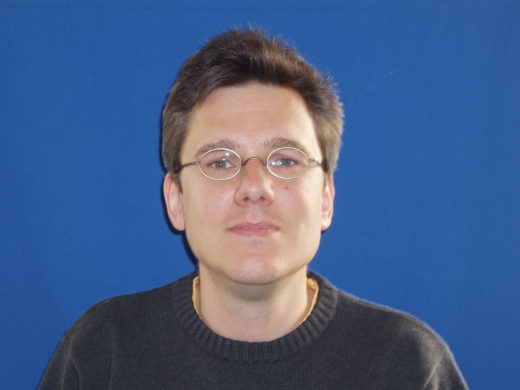 Esa scientist Michael Küppers says: An asteroid impact could be imminent at some point. "Now we are technically able to avert that."

Esa's Hera mission will start in 2024. "A second space probe will then examine the impact crater on the asteroid so that we can assess the result of the dart mission," says Esa scientist Michael Küppers. The missions are not pure science projects, but: “Hera is the first mission to a double asteroid. It is hoped that this will also provide insights into how such double asteroids are actually formed. ”According to current theories, asteroid moons are components of the main asteroid that have been separated over time, for example by an impact or rapid rotation. "These models can be checked with Hera, since the two asteroids can be examined separately."

The NASA dart probe is supposed to hit the asteroid moon.

Beautiful space butterfly flutters in front of the telescope

In 2013, in the Russian city of Chelyabinsk, we were able to gain an impression of the destructive power asteroids larger than a few meters can have. A chunk about 20 meters in size penetrated the earth's atmosphere as a meteor. “Unfortunately over inhabited area. Almost 1,500 people were injured and thousands of buildings were damaged, ”said Michael Küppers. “Our deflection technology refers to larger asteroids from a size of 100 to 200 meters, which in the event of an impact can cause at least one major regional catastrophe. Statistically, such an impact only happens once in several millennia. "

How long do you have to plan in advance if such a chunk of the earth comes too close? “We need a certain response time for this. Such a mission lasts five to ten years. That is the preparation with all your calculations, but the deflection of the asteroid must happen in time so that the celestial body deviates sufficiently from its orbit and misses the earth. "

Why the Starlink satellites could lead to disaster

Exo-asteroid Oumuamua is causing a stir

Most of the asteroids that pass Earth come from the main asteroid belt between Mars and Jupiter. Very rarely, however, astronomers discover exo-asteroids that come from outside the solar system. In 2017, the celestial body Oumuamua caused a sensation: It is the first observed interstellar object in our solar system. “In fact, there is currently an Esa mission related to that. A space probe is to be stationed at the long-range point L2, which is about 1.5 million kilometers from Earth. If a long-period comet from the Oort cloud passes the edge of the solar system or an insterstellar object, the probe will make a flyby. "

A big supporter of the Hera mission is rock legend and astrophysicist Brian May. The Queen guitarist even explains the project in an Esa video.

A future astronaut: "If someone wants to make a Barbie for me: gladly"