How deep can a whale dive

Sperm whales can dive really deep. Thousands of meters are no problem for them. There is a pressure of 100 bar, which is a hundred times as much as on the surface of the earth. Scientists have even located sperm whales at a depth of 2500 meters. Even modern military submarines don't get there. 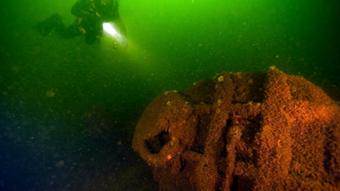 For normal scuba divers, the limit is 40 meters

Sperm whales can also stay under water for a very long time - adult animals a good two hours. Young animals at least seven to 20 minutes. Normally, mammals do not get along well with deep waters: The external pressure compresses the remaining air in the lungs - or in land mammals in the sinuses of the head. If the pressure is not equalized, vessels can burst or tear. There are also so-called decompression problems when mammals reappear from great depths.

For example, if a diver comes up too quickly, nitrogen, which has been released from the lungs in the blood under high pressure, bubbles out suddenly - similar to sparkling wine, after the cork pops. The gas is then not exhaled through the lungs - as usual - but enters the blood vessels directly. The consequences are vascular blockages, heart attacks or strokes.

The sperm whale solves these problems with its ingenious body structure: It takes advantage of the fact that the water pressure reduces the volume of gases, but not of liquids. This is how he can let his lungs collapse: If there is no more air in the lungs, no more gases can pass into the blood even under high pressure. When surfacing, this gas cannot bubble out.

In addition, the comparatively small lungs of the whale are not soft, as in humans. It consists of a complex system of cartilage and muscle fibers that function like valves. They protect the alveoli from sudden changes in pressure when descending and descending and keep the branches of the lungs moving.

The whale breathes in and out much more deeply than a human. With a normal breath, it exchanges a good 90 percent of its lung volume. In humans it is a maximum of 15 percent. 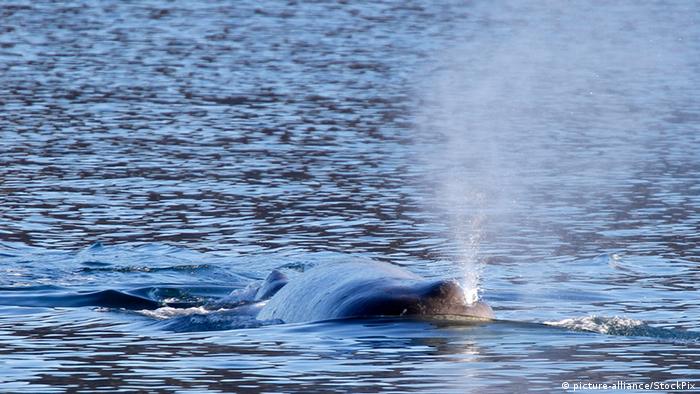 When exhaling, the sperm whale blows out almost all of the contents of its lungs

Oxygen in the blood, muscles and fat

The key to the top diving performance of the sperm whale lies in its blood: the hemoglobin, a protein that is responsible for transporting oxygen in the red blood cells, can absorb and transport significantly more oxygen in the sperm whale than in humans. Plus, the recording is also much faster. And the whale has more hemoglobin available in the same amount of blood than other mammals.

Although it has only a third of the amount of blood available per gram of body weight in comparison to humans, the whale compensates for this by being able to store the oxygen elsewhere.

Because he can store the same amount of oxygen that he stores in the blood in the muscle protein myoglobin - exactly where he later uses the oxygen. And even its fat tissue serves as an oxygen store. All in all, whales have up to 40 percent higher oxygen supply per gram of body weight than humans.

That doesn't sound like much, but due to its size and shape, the animal can make very good use of this supply: Sperm whales can weigh up to 70 tons. They can store a corresponding amount of oxygen. Even so, they don't try too hard when swimming. Evolution has given them an optimal streamlined shape. With it you can easily come down and up again.

And sperm whales use their oxygen supply much better than humans. They breathe out most of the oxygen they breathe. The whale, on the other hand, manages to use up almost all of the oxygen while diving.