Dimona - a nuclear reactor with 1537 defects

One of the oldest nuclear reactors in the world is located in Dimona in the south of Israel. It went into operation 53 years ago. But the reactor core alone already shows defects in 1537, as a detailed investigation has shown. So far, however, there can be no talk of decommissioning the old nuclear facility. 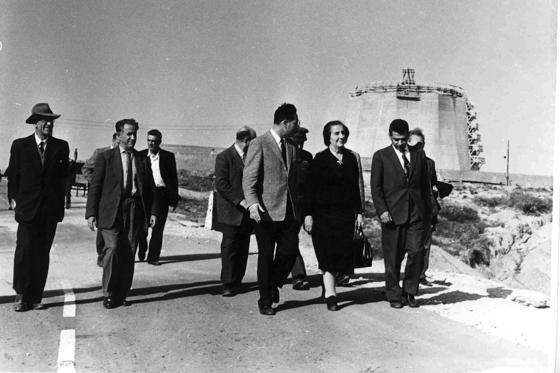 The Israeli research reactor Sorek, which was built in 1955 on the river Nahel Sorek, is even older than the reactor in Dimona. The photo shows former Israeli Prime Minister Golda Meir and former Labor Minister Shimon Peres visiting the plant in 1960.

The Dimona reactor was built by French industry in the late 1950s and finally went into operation in 1963. At that time the service life was given as 40 years. The metal core, which is encased in concrete, ages greatly due to the extreme heat and radiation loads to which it is constantly exposed.

In the past few months, the reactor core has been examined using the latest ultrasound equipment. 1537 defects were discovered, which were reported recently at a scientific conference in Tel Aviv. The Israeli scientists who talked about the Dimona reactor there hardly went into the nature of the defects, instead emphasizing that these "currently" do not pose an imminent threat. At least the Israeli government has decided not to put the reactor in Dimona into operation as often as it used to.

In contrast to the overwhelming majority of all reactors in Europe, this reactor is not used to generate electricity but is used as a research reactor in the Negev Nuclear Research Center, primarily for Israeli defense technology. Israel has denied occupation with nuclear weapons for decades. She finally became known through an Israeli insider who passed on his knowledge to journalists abroad. For this he was kidnapped by the Israeli secret service in southern Europe and sentenced to a long prison term. Even today he is not allowed to leave Israel. 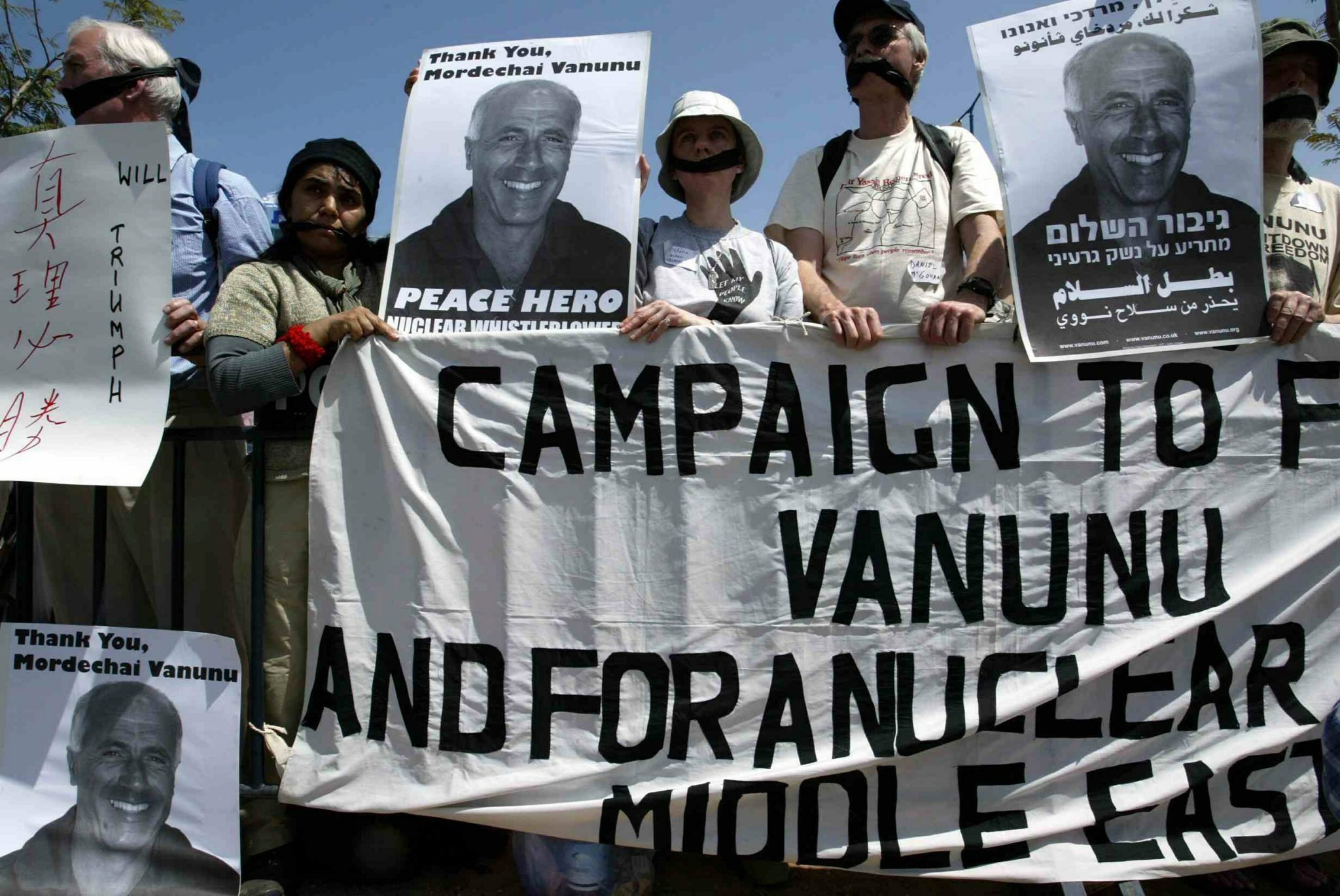 Supporters of Mordechay Vanunu - the man who briefed the press on Israel's nuclear secrets - await its release on April 20, 2004 by the entrance to Ha-Shikma Prison in Ashkelon. Vanunu was imprisoned for 18 years, 11 of which were in isolation.

The fact that not much more is known about the Dimona reactor is also due to the fact that Israel did not sign the Treaty on the Non-Proliferation of Nuclear Weapons and is therefore not subject to regular investigations by the International Atomic Energy Agency (IAEA). Israel merely practices - on a voluntary basis - the IAEA's security regulations. In the country itself, the Dimona reactor is only subject to control by a special commission that reports solely to the Israeli head of government.

Something about the shortcomings in Dimona has become known through the WikiLeaks affair. In 2007, for example, Israel informed the American government of a number of deficiencies and at the same time announced that complete systems that were essential to the operation would be replaced.

Neither against rocket fire nor earthquakesützt

The reactor is in no way secured against rocket fire, although in the vicinity of Israel in most countries experimenting with increasingly powerful and more targeted rockets. Nor is Dimona protected against plane crashes or earthquakes. 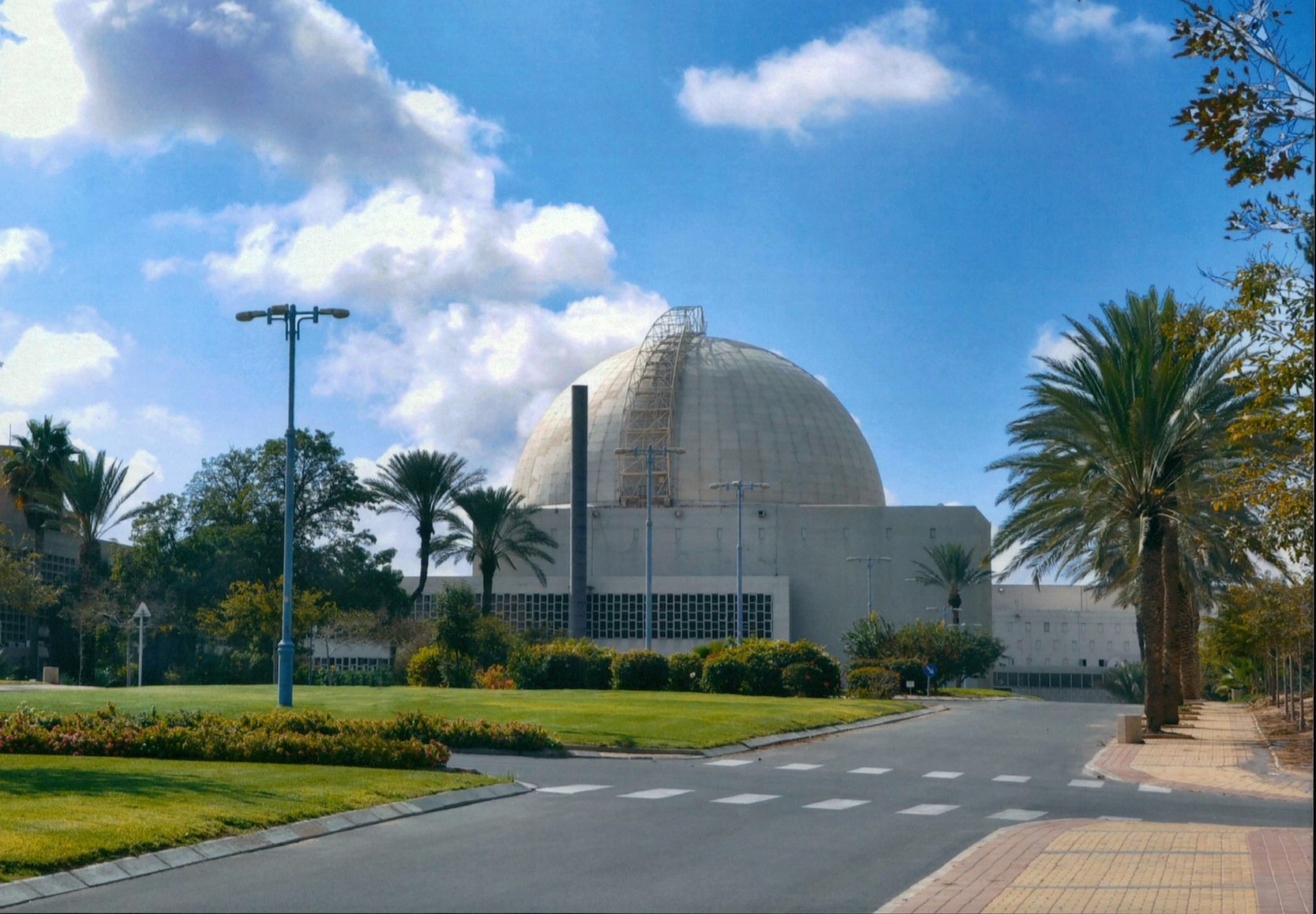 The research reactor in the Negev desert near the city of Dimona was examined with the latest ultrasound equipment: 1537 defects were discovered.

The 30th anniversary of the Chernobyl nuclear power disaster was attended by Dr. Uzi Even, a long-time leading scientist in Israeli nuclear technology, took the opportunity to plead on Radio Israel for the immediate shutdown of Dimona.

However, as Even admits, Israel is unable to build a new nuclear reactor. Neither could the country replace the core of the Dimona reactor. Ordering a reactor abroad is not a feasible solution for Israel: Even Even immediately admits that, for political reasons, no country that builds reactors would deliver such a plant to Israel.

Incidentally, Israeli scientists are working on a very special vaccine: it should allow people to cope with radioactivity in doses that normally lead to cancer.