A natural development of technological life is possible

Viktor Frankenstein is a young, eager student. Driven by the urge for knowledge, for the limits of what can be experienced, he dedicates himself to the question of how to bring dead matter to life - with success. First. The result of his creation, the monster, kills Viktor's young brother Wilhelm shortly after his creation. Viktor himself falls into a never-ending frenzy of bitter guilt. The work Frankenstein, Written in 1818 by the British writer Mary Shelley, is considered one of the most important English-language novels - and marks the beginning of a whole series of culturally pessimistic literature. According to the core statement, people should keep their reason in check, if possible not play God, be skeptical of new things, of experimental things. And in Japan in 2010 man and machine say yes to each other in front of the altar. 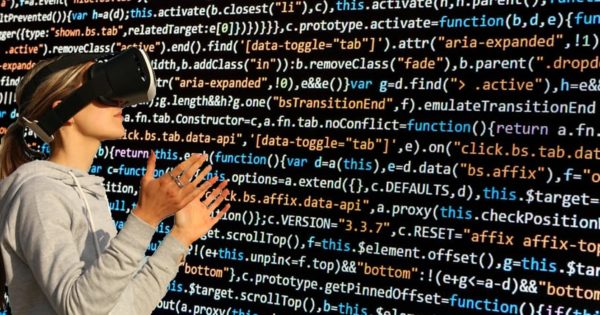 With Frankenstein - and much more with her novel published in 1826 Verney, D.he last man – Shelley creates a literary genre that we know today as dystopia. Future pessimism, distrust of technological progress, reservations about unbounded human reason are the motives that can be found again and again in these novels. And by no means remained restricted to the 19th century and the age of the industrial revolution.

The mistrust is no coincidence

Starting with George Orwell's novels and his film adaptations about the matrix-Trilogy, resident Evil and The Purge A great many novels and films outline a dystopian future for us. A future in which humanity is mercilessly subjugated and enslaved by machines, robots and hyper-intelligent beings. In which the human being - degenerated to a soulless heap of cells - ekes out a modest, senseless existence and is deprived of all subjectivity and is left to his fate. That makes sense, these things sell well, as is the case with horror and horror scenarios. However, when it comes to how we think about our future, we shouldn't make it the norm.

This skepticism about technological progress also seems to have settled comfortably in our everyday minds. When people talk about digitization these days, it usually doesn't take long to worry about our jobs. It is often not far from artificial intelligence (AI) to dominate machines. And people are generally suspicious of blockchain and interventions in genetics. There are good reasons for all of this.

Digitization and technologization are putting massive pressure on a large part of our workplaces, threatening to close them off streamlineas it is called so absurdly. A lot of trash has already been done in the name of AI - and a lot of nonsense will be done in the same name in the future. Not to mention blockchain and genetic engineering. That is to say: the distrust of new technological developments is definitely justified.

Between five and 40 percent of all jobs are related to technological change Victim fall - depending on which study you want to believe. Depending on the type of employment, depending on the country. The bottom line: A large part of these jobs that lead to this development Victim fall, one mourns for the sake of work - not because there is something meaningful about these activities. Standing on the assembly line day in and day out, screwing the same two parts together - that is difficult to call “fulfilling”.

The path we are currently taking - across the spectrum of political parties - describes the attempt to keep as many of these jobs threatened by technology and digitization as possible. If jobs are preserved, people continue to stand on the assembly line for eight hours a day and work in a semi-comatose manner, this is usually sold as a success. But: Work is not lost through technological development - it is now only done by someone else: a machine. And it should in principle be good news for once - and no loss!

Anyone with Star Trek and not with matrix grew up, knows that things can be different: while machines do the daily work and provide us with the bare minimums, Kirk and Spock have the leisure to elaborate on philosophical and ethical questions about the universe. Phenomena such as war, social inequality, exclusion and racism are long history. Even money no longer exists.

In Japan, the robot plays the role of the hero

Technological change will not be stopped, the wheel of time cannot be turned back. But change can be shaped. The risks that AI, blockchain and co. May harbor have their positive sides as well. Phobias and fears can now be treated therapeutically very successfully using virtual reality glasses. With the gene scissors CRISPR, hereditary diseases can be removed from a person's DNA - effectively and inexpensively. Joints, organs and prostheses can be artificially reproduced using a 3D printer. Robots and machines can do a lot for us more inhuman Decrease activities. Also - and even if that may seem strange - in the field of care, therapy and medicine.

"Criticism of artificial intelligence all too often overlooks the natural stupidity of humans," writes Thomas Beschorner, professor of business ethics at the University of St. Gallen in an article in ZEIT. In other words: There are a lot of things that robots can do better, more reliably, more efficiently and more cheaply than humans.

In Japan, a country in which the relationship to robots and machines is completely different, they are miles ahead of Europeans in these matters. Also because the reservations about technologies are not as pronounced as in our latitudes. In Japanese films and novels, robots are ascribed their own being, a kind of soul. In the vast majority of cases you play the role of the hero - not that of the slave driver. The relationship between the Japanese and robots is similar. They are already common practice in nursing, and even relationships with robots are no longer uncommon. In June 2015, two robots even tied the knot.

This change cannot be stopped, but it can be controlled and shaped

It remains to be seen whether this is a good thing or not. The fact is: There is no “good” or “bad” in this question - there is only the question of “how”. This question is closely linked to the question: How do we want to live in the future? Do we see technological development primarily as a competitor to our own workplace or as a stirrup holder for overall social emancipation? Do we want to continue to create jobs artificially and keep them alive - or do we see this change as an opportunity to come to terms with 20 working hours or less in the future? “Right to work” or “right to be lazy”?

Technology is never neutral and does not have a life of its own. With the invention of the automobile, mankind was spared laborious hikes and tedious carriage rides. Just like we now, almost 140 years after its invention, suffer from its exhaust fumes. And that is precisely why the future handling of this “technology” is being discussed: Driving bans, blue stickers or e-mobility?

A world that is digitizing and technologizing faster and faster is changing our everyday life down to the last corner. From ordering a pizza to visiting the doctor, everything is now done via smartphone - which every elementary school child knows how to use without any problems. This change cannot be stopped but control and design.

“We are all sitting in an express train that is racing forward without an engine driver - we cannot stop it. A dizzying performance. But at least we have the right to look out the windows. "

With these words, founder Israël Nisand described the eighth edition of the European Bioethics Forum, which took place in Strasbourg from January 30th to February 4th. As part of this forum, scientists came together at a table and discussed the future handling in the field of bioethics. Citizens were also asked to give their opinion. At the end of this process there is a report by the "Comité Consultatif National d’Ethique" (the National Ethics Committee) on how bioethical issues are to be dealt with in the future.

At its core, this is an ideal that we can use as an example for these types of questions. Regardless of whether it is digitization or technologization - it is important that these questions are dealt with as a whole because they also have an impact on society as a whole. This includes the convening of ethics committees as well as public debates and awareness-raising in schools. Just because every eight-year-old knows how to order Thai chicken via smartphone, that doesn't mean that they are aware of the exact consequences of their actions.

What is a good life - and how do we get there?

The example of China shows why these questions cannot be decided solely by the state. There, the one-party regime is currently working flat out on a so-called social credit system. This is a rating system that records the behavior of people in everyday life and classifies them in a corresponding ranking. According to the ranking system, which daily newspaper someone reads, whether someone stops at a zebra crossing or eats a healthy diet and does enough sport has an influence on the conditions under which someone receives loans, is admitted to a university or is allowed to move into an apartment.

Examples such as Facebook and Microsoft show that these questions must not become a pure matter of private-sector interests. Their interest in collecting personal data does not stop at names, ages, addresses and everyday habits. Billions are now being invested in research into biogenetics. A person's DNA is particularly lucrative information when trading with insurance and pharmaceutical companies. It is doubtful that technological progress is being used here for the benefit of everyone.

An OECD study shows that technology is now the main driving force behind income and wealth inequality. It is all the more important that these questions are negotiated in the interests of everyone. It is essential to work on questions like these in the overall social context: What is a good life - and how do we, all of us together, get there? A societal approach to the question of how we want to deal with technology is closely linked to fundamental philosophical questions about “freedom” and “self-determination” that have preoccupied us for thousands of years. Technology must neither become a control instrument for the masses nor a source of profit for a few.

We have a choice!

There is no doubt that we will be able to create the “perfect person” in the future - it is much more important whether we want to. The fact that we will no longer pay at the checkout in supermarkets in the future, but simply by eye scan, is no longer a dream of the future - what that means in terms of data protection, for example, is another matter. The colonization of alien planets is also within reach - and reason enough for US President Trump to think aloud about a space army.

Novels like Shelley's Frankenstein, Orwells 1984 or stripes like matrix and Star Trek present us with versions of a future as it is could. But it can also be completely different. Again: once started, technological change will neither be stopped nor turned back. Again: The key is that we can help shape it, that we have a choice. And I hope we choose Star Trek.