Is beer harmful without alcohol?

Question: Can the consumption / consumption of non-alcoholic beer trigger a gout attack or increase the uric acid level? By which constituent in beer is the increased uric acid "formed"?

Gout is the most common inflammatory joint disease. It is based on a metabolic disorder with hyperuricemia as the cause. Both exogenous and endogenous factors can influence the serum uric acid concentration and thus increase or decrease the risk of hyperuricemia / gout.

Uric acid is the end product of purine metabolism. Purines are either formed endogenously or taken in with the diet. Every human, but also every plant cell contains purines.

The association of the consumption of alcoholic beverages with the uric acid level and also with the incidence of gout has long been known. A large epidemiological study showed the strongest association for beer with different alcoholic beverages. With a beer consumption of ≥ 2 beers per day (≥ 670 ml / d), the RR was 2.51 (95% CI: 1.77-3.55) for developing gout. The multivariate risk was 1.49 for one additional beer per day. In contrast, moderate wine consumption was not associated with an increased risk of gout [1].

Direct acute effects of alcohol on uric acid synthesis or uric acid excretion have not been demonstrated in healthy volunteers [2]. It is assumed that only indirect effects (e.g. via the resulting acidosis) are the cause of decreased uric acid excretion.

Beer contains both alcohol and plenty of purines, mainly due to the added yeast. The purine content can vary greatly; local beers (private breweries) and especially non-alcoholic beers are often particularly rich in purine. Therefore, alcohol-free beer can also increase the uric acid level and possibly trigger an attack of gout. It is therefore advisable to inquire about the purine content precisely.

Alcohol-free beer shouldn't contain alcohol by name, but that's not entirely true. In many varieties there is still alcohol - but only in very small quantities: The alcohol content must be below 0.5%. Fermentation processes also produce similarly small quantities in some fruit juices. 0.5% is also the maximum permitted for fruit juices.

It was not until 2006 that the first products with an alcohol content of 0.0% came onto the market. So it's worth looking at the bottle, some non-alcoholic beers contain absolutely no alcohol. A limit of 0.0% is only required by law in products labeled "Without alcohol".

In other countries, the regulations regarding the alcohol content of non-alcoholic beer are stricter: in Great Britain, for example, non-alcoholic types may contain a maximum of 0.05% alcohol.

1) Choi HK, Atkinson K, Karlson EW et al. Alcohol intake and risk of incident gout in men: a prospective study. Lancet 2004; 363: 1277-1281
2) Hartmann H. On the question of the effect of ethyl alcohol on the carbohydrate metabolism and on the influence of uric acid metabolism. Inaugural dissertation 1977. 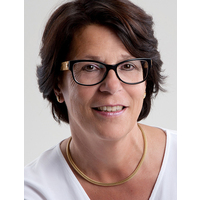