What are lamin proteins

Organization of genes in the cell nucleus

This could be demonstrated with gene probes that were labeled with fluorescent antibodies. Such gene probes attach specifically to certain chromosomes. If the cell nucleus is then irradiated with UV light in the light microscope, the chromosomes then light up in a wide variety of colors, similar to what can be seen in the picture below. 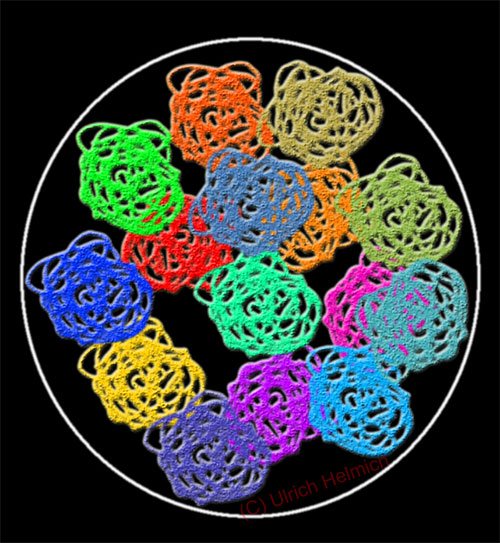 First, this arrangement of chromosomes is different in each cell type. In nerve cells in the brain, for example, chromosome number 13 can be found in the center, while in muscle cells in the forearm it is more at the edge of the cell nucleus (I just made up this example at random). 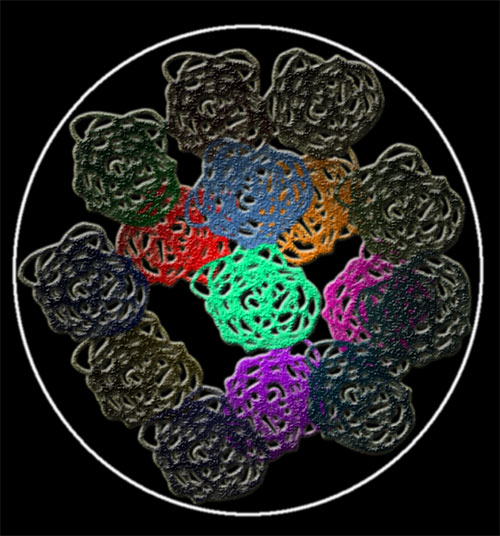 The control of gene activity is a bit more complex

You have already guessed correctly - the control of gene activity is a bit more complex than just shown. A chromosome contains many hundreds to thousands of genes, some of which are active, while others are not. According to the above model, however, all genes on an edge chromosome should be inactive and all genes in a center chromosome should be active. That's not the case. Think of it like this: a chromosome is usually located on the edge of the cell nucleus, near the nuclear envelope. There are even proteins of their own that "stick" the chromosomes to the nuclear envelope, the lamin proteins. 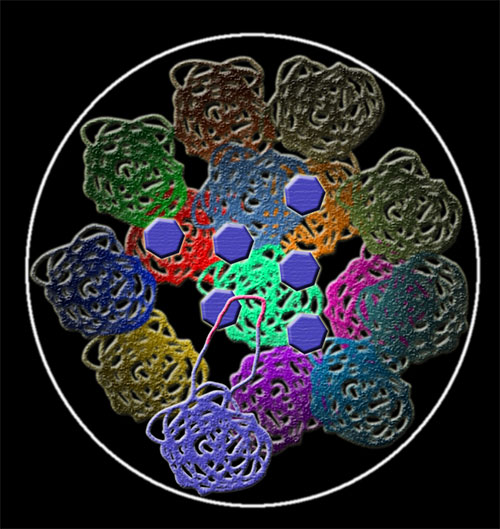 Look for the blue chromosome in the lower left. Part of the chromosome has formed a loop that extends into the center of the cell nucleus, where the transcription factories are concentrated.

It is assumed that certain motor proteins play a role in this loop formation and in the "transport" of the loops to the center of the cell nucleus, which pull the loops towards the center.

If you want to know more details on this topic and have a lot of money (approx. 99 euros), you can buy the book "The Nucleus" by Tom Misteli. If you don't want to invest so much money, you should buy the July issue of Spektrum der Wissenschaft (6/2011) and read the article "The inner workings of the genome" on page 28ff. 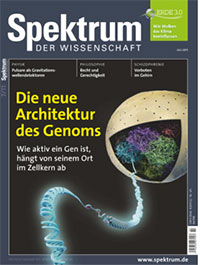 In this spectrum booklet (6/2011) you will find an excellent summary of the latest findings on this topic.

Non-subscribers can download the PDF version of the magazine for 6 euros.