Why is direct current not used in private households?

For us today it is a matter of course: the electricity that comes from our sockets, drives our devices and lights up lamps is alternating current. With him, the direction of flow of the electrons changes around 50 times a second. Alternating current is also the standard in other countries around the world. We owe this in large part to Nikola Tesla and his inventions. 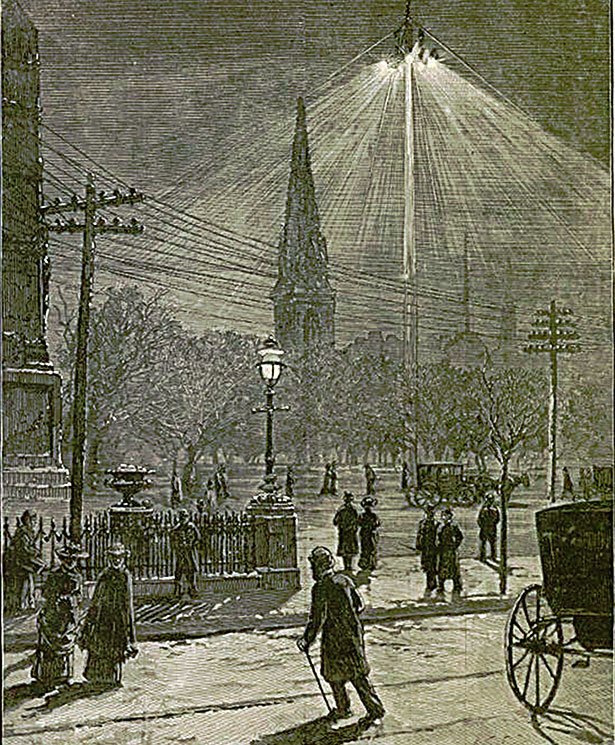 A new technique: One of the early arc lamps in New York © historic in 1882

With incandescent lamp and direct current

In the 1880s, electricity was a completely new phenomenon. The first electric street lights have only existed for a few years and only in larger cities. In most buildings and private households there is still no electricity, gas lamps provide light. Only with the invention of the carbon filament incandescent lamp by Thomas Edison and the first power plants built by his company in the USA did this gradually change.

But there is a problem: there is no consensus on the technical standard of electricity supply. Edison produces and sells direct current with a voltage of 110 volts, the buyers of his incandescent lamps receive a connection to his power grid at the same time. The big disadvantage of this technology, however, is the short transmission range: In order to supply its customers, Edison has to build power plants everywhere - an expensive proposition. In addition, the DC voltage cannot easily be transformed. If a system requires a different voltage, this must be generated specially and supplied via its own line. 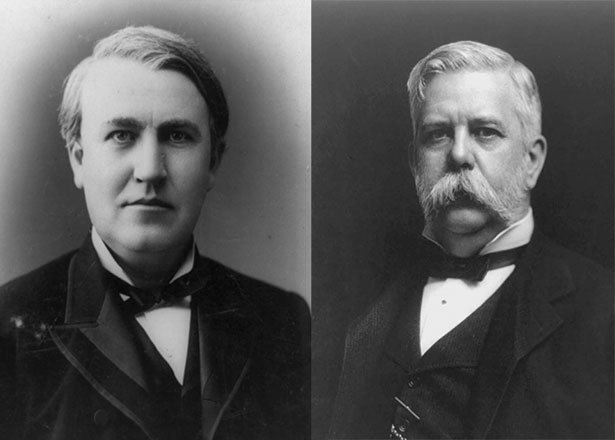 Battle of the Systems

That is why Edison's competitor Georges Westinghouse relies on alternating current - and on Nikola Tesla. Its multi-phase generators provide the entrepreneur with exactly the technology that he needs for his alternating current network. In addition, Tesla has since filed further patents in which he describes transformers and transmission technologies based on his first invention. Westinghouse seized the opportunity and bought the patent rights from Tesla in 1888. He also secures his help in expanding his power grids.

When Westinghouse then acquired a light bulb factory, thereby breaking Edison's monopoly, a bitter economic war broke out, waged by all means. Edison tries to prevent the spread of alternating current at all costs through lawsuits, press campaigns and financial influence. "Edison explained to everyone that the DC voltage was like a peaceful flowing river, while the AC voltage was like a dangerous torrent falling over a cliff," Westinghouse later recalled.

Even more damaging to Westinghouse and Tesla's reputation is the first electric chair execution. Edison's partner, Harold Brown, uses an AC generator from Tesla to demonstrate to the public the dangers of the competing electricity technology. 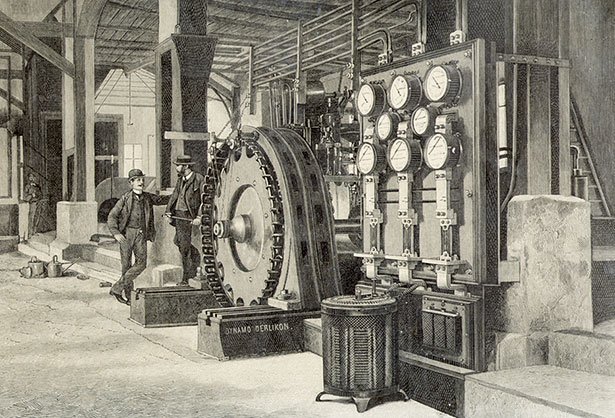 The three-phase generator installed in Lauffen am Neckar for the International Electrotechnical Exhibition in Frankfurt am Main in 1891. © John Vandenberg / historical

But Edison's efforts to discredit alternating current cannot hide its practical advantages. In 1891, at the International Electrotechnical Exhibition in Frankfurt am Main, powerful long-distance transmission of high-voltage three-phase current was demonstrated for the first time - from the power plant in Lauffen am Neckar, 176 kilometers away, to Frankfurt. In Germany, this sets the course for alternating current as the basis of the electricity supply.

Shortly afterwards, Tesla and Westinghouse landed a decisive coup in the USA: They were awarded the contract to supply power to the World's Fair in Chicago. When it opened on May 1, 1893, thousands of lamps were lit in the "City of Light" - powered by twelve powerful AC generators based on Tesla's principle. The approximately 27 million visitors are impressively demonstrated how powerful and future-oriented this form of electricity is.

The final end for Edison's DC power brings another successful Tesla and Westinghouse project: the Niagara Falls hydroelectric plant. After five years of development, the plant went into operation on November 16, 1896 and supplied alternating current to the nearby city of Buffalo, and later to New York. The electricity war is over: Even Edison's networks are now finally switching to alternating current.