Why diving in a shipwreck is fun

The wreck diver from Paderborn

75 years ago the refugee ship “Wilhelm Gustloff” tore thousands of people to their deaths when it was sunk in the Baltic Sea. In the early 1990s, an East Westphalian discovered the remains of the ship. 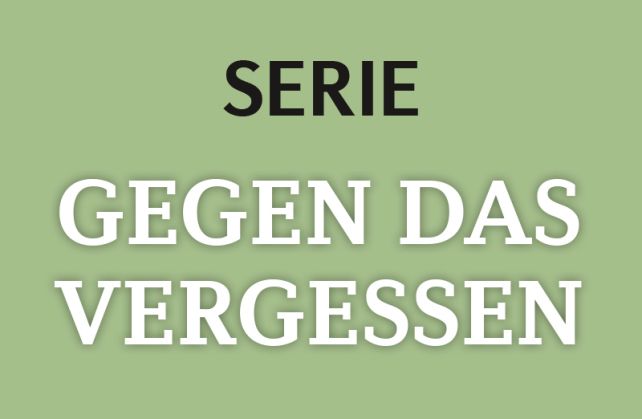 When Ulrich Restemeyer from Paderborn discovered the wreck of the “Wilhelm Gustloff”, he almost swam against it with his nose. The remains of the refugee ship, which was torpedoed and sunk by a Soviet submarine off the coast of Pomerania at the end of January 1945, lie at a depth of about 45 meters on the bottom of the Baltic Sea. "You can hardly see anything down there," says Restemeyer. That's why he didn't notice the huge dark wall that opened up in front of him in the light of the diving torches until very late.

It was the side of the Gustloff, which is said to have dragged more than 9,000 people into the depths when it sank on January 30, 1945. To this day, the sinking of the Gustloff is considered the most loss-making ship disaster in history. It was no accident that Restemeyer discovered the wreck. On the contrary. It was the result of a meticulous plan. 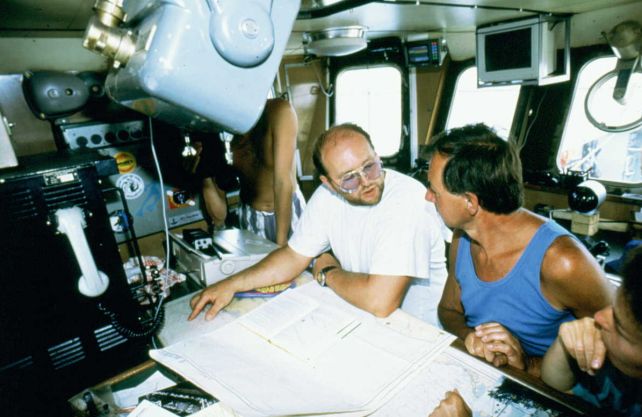 Briefing of the situation during the expedition to the “Steuben”: Ulrich Restemeyer (left) and Robert Ballard, who discovered the Titanic. Photo: private

He learned to dive in Spain in the mid-1970s. “But I quickly lost interest in the fish underwater. I wanted to dive to shipwrecks, ”he recalls. Of course, also to maybe find treasure. But he was even more interested in the history of the sunken ships. Above all, the Baltic Sea, one of the world's largest ship cemeteries, cast a spell over him. And so he came across the fate of the Wilhelm Gustloff, the Goya and the Steuben, all of which were sunk in the Baltic Sea in the last months of the Second World War.

In 1990 Restemeyer, who is a trained insurance salesman and now runs a shipping company, read the book "Escape via the Baltic Sea" by Heinz Schön, a survivor of the Gustloff disaster. He met the author, who meanwhile lived in Bad Salzuflen. It was clear to him that he wanted to dive to this ship. History played into his hands. The turning point in 1990 made it possible for him to dive in Polish territorial waters. Only six months later he set out on his own ship to find the Gustloff.

“Based on records, we were able to narrow down the presumed location of the wreck to an area about the size of the city of Warendorf,” says the now 61-year-old. At a depth of 45 meters and in complete darkness, this is still a very large area. In addition, at that time he was still on the road without GPS or other digital aids. And so the first two days of diving in the summer of 1991 were not crowned with success.

Help from fishermen was needed

Restemeyer decided to speak to the local fishermen. These record obstacles in their maps that lie on the sea floor and tear their nets apart. Some fishermen had independently drawn oval anomalies in the same place on the maps. "The fishermen thought they were rocks, for us these anomalies were an important clue for the possible location of the wreck," says Restemeyer. 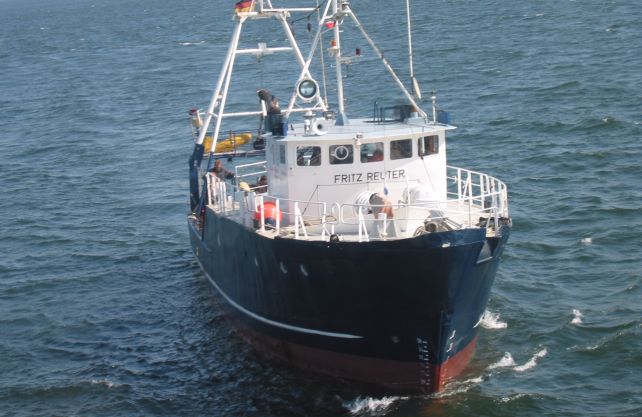 Briefing of the situation during the expedition to the “Steuben”: Ulrich Restemeyer (left) and Robert Ballard, who discovered the Titanic. Photo: private

The next day he dived back down into the darkness and literally hit the bow wall of a very large wreck. When he then realized that he had actually found the Gustloff, a queasy feeling crept into him. “You didn't know what to expect, what creepy discoveries you might make,” says the diver.

In total he was around 40 times with the Gustloff, including the wrecks of the other two torpedoed ships, the Goya and the Steuben. For a while Restemeyer was one of the most famous divers. He's still diving today. But not so deep anymore and just for fun. Preferably in clear, warm water.

Its own history is closely linked to that of the sunk ships. That is one of the reasons why it reminds us of the catastrophes 75 years ago. He is currently organizing a wreath-laying ceremony in the Baltic Sea, the grave of many thousands of people. He wants to take a commemorative trip to the place where the Steuben, Goya and Gustloff are lying on the seabed. He would also like to take contemporary witnesses and survivors of the disasters with him on the trip. Including a woman who survived the sinking of the Steuben. This year she will be 100 years old.