Who is the perfect magician

How did Jörg Alexander get into magic? What about the magic box from the toy store? Why is the whole world an illusion? What are the secrets of his job and why does training as an electrical engineer help him with his tricks? In an interview with the journalist Florian Kinast, Jörg Alexander gives deep insights into the fascination of magic. 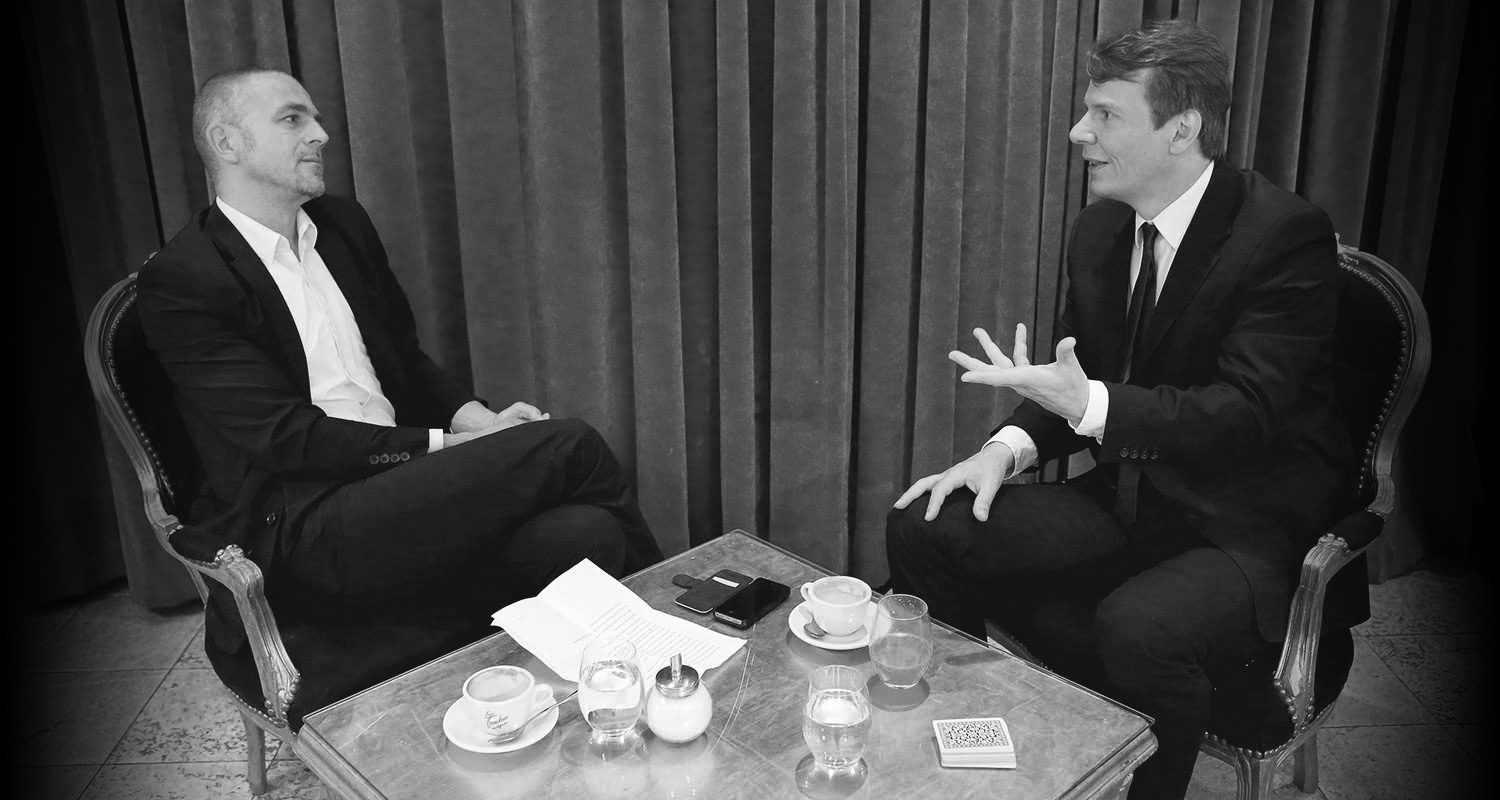 Mr. Alexander, can a magician still be enchanted himself?

Yes, luckily many things. People can enchant me, little children who enthusiastically immerse themselves in something. Or when I watch a beautiful sunset or look at the starry sky at night, such things also enchant me. And I like to be amazed at colleagues whose tricks I let myself be enchanted.

Does it happen that you sometimes don't understand how a trick works?

I will never forget an experience with Juan Tamariz, the Spanish magician, one of my great role models. At the 1988 World Wizarding Congress, he showed a few things that I had completely misunderstood. That was to bite into the tabletop. That preoccupied me for a long time, we made friends afterwards, and then one evening I made up my mind to ask him how he had done it back then. And exactly at the moment when I wanted to ask him, "Bling" did it, the realization came and it was suddenly clear to me. 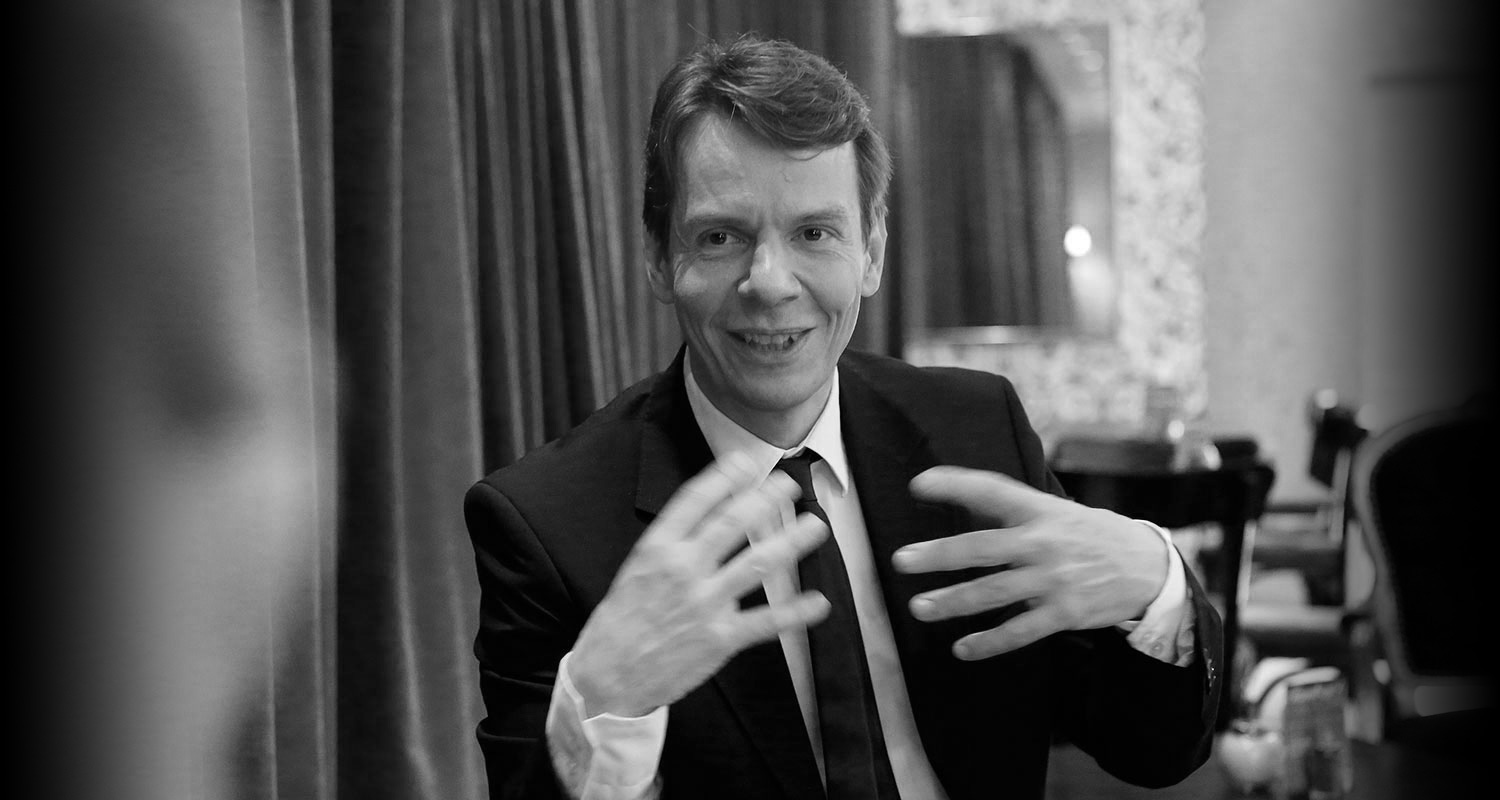 What are the three qualities that make a good magician?

Not quite, but nothing works without enthusiasm. If the fascination for magic isn't there, then you don't even invest all the time and effort. Fascination is the first quality. The love of magic is the second. I have to convey to people that I have put my heart and soul into what I do, that's the only way I can win over the audience. And the third quality is the enjoyment of playfulness. Playing with the spectator. When I stand in front of the mirror, I don't do magic, I just practice. Magic is only possible with an audience. It's not about cheating the audience, duping them. And not about the fact that one wins and the other loses. It's about the shared experience. The moment the perfect illusion arises, both have won.

So creating a perfect illusion is a magician's ultimate goal?

Yes. This is the experience that I care about, the best thing that can happen. When the audience says: It can't be like that, it's impossible, can't be done at all. When, as a viewer, I experience a moment that I know for sure that it cannot be like that, and yet I experience the whole world being unhinged. When the illusion has an effect and no one can figure it out. And when the audience doesn't even want to know how it's done, but simply has this joy of being able to be amazed from the heart and be fascinated.

So, after your performances, aren't you often asked about the secrets of your tricks?

Yes, it does happen. But most of the time people want to go home with a feeling that there is an area in this world where everything is so predictable and predictable that they don't understand. Ultimately, this apparently solidly formed, is reality as we have created it in our heads, and is the world as we experience it, the actual illusion.

That our perception is wrong. That the world as we have it in our heads is different from the world outside. We only ever see part of reality, from which we form our picture, which is only a distorted picture. 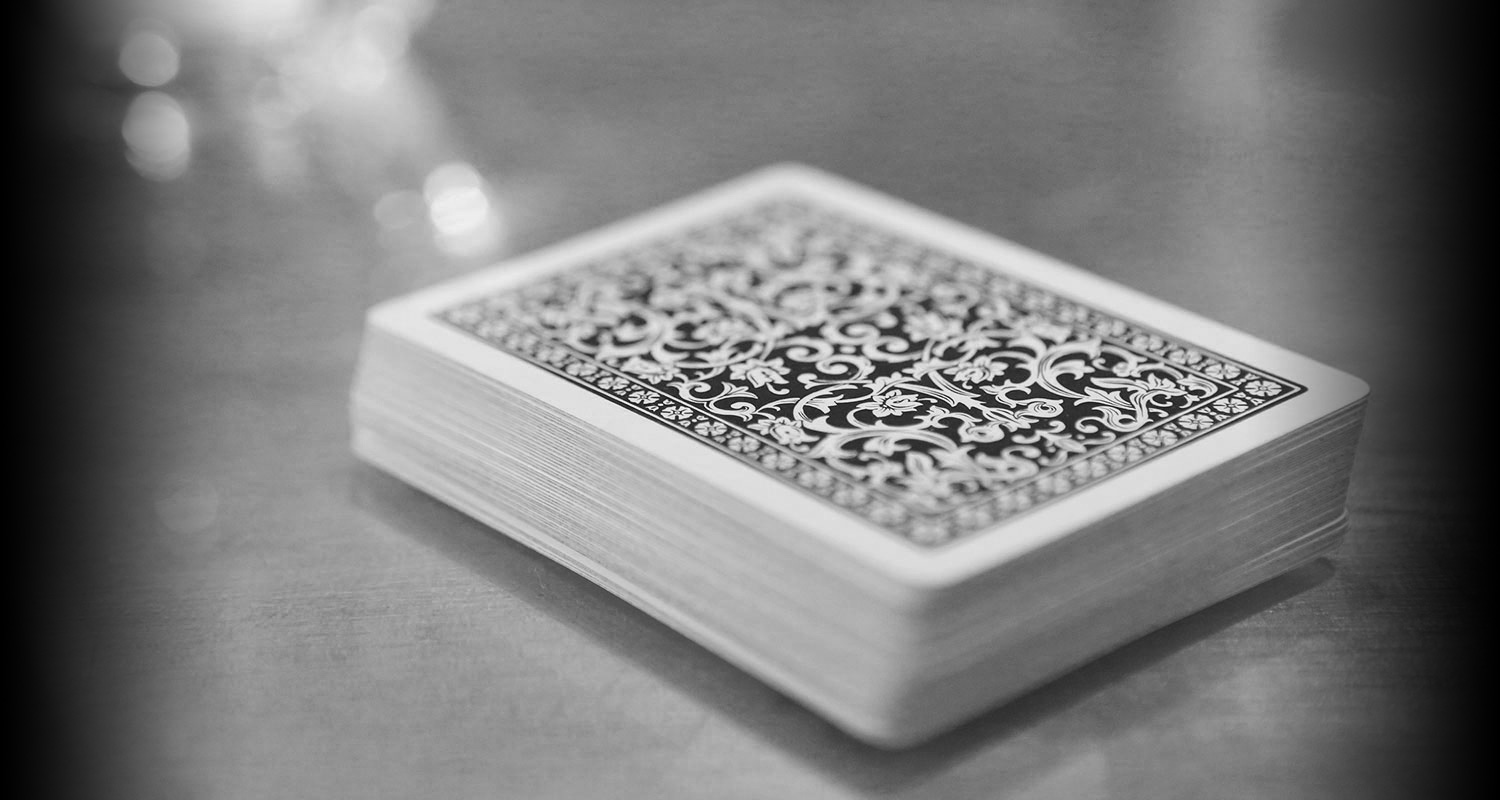 So that means a wizard manipulates the human brain? Is he taking advantage of the fact that human perception is not perfect?

That is magic in a nutshell. Of course, you need basic techniques. Manual dexterity, mathematical principles. But to do this I have to succeed in misleading the viewer. Show him that the world in there and the world out there don't go together. We humans are not made to know and understand everything perfectly, evolution did not intend that.

That means there are other dimensions that we don't understand? Or as the saying goes, more between heaven and earth than we understand?

Naturally. This is not so far from the physics that I dealt with in my training to become a qualified electrical engineer. What I do as a magician, objects to disappear and wander from one place to the next, is quite normal in quantum physics. One of the particles doesn't know, am I here now or am I there. In other words: the closer you look at the world, the more it dissolves. 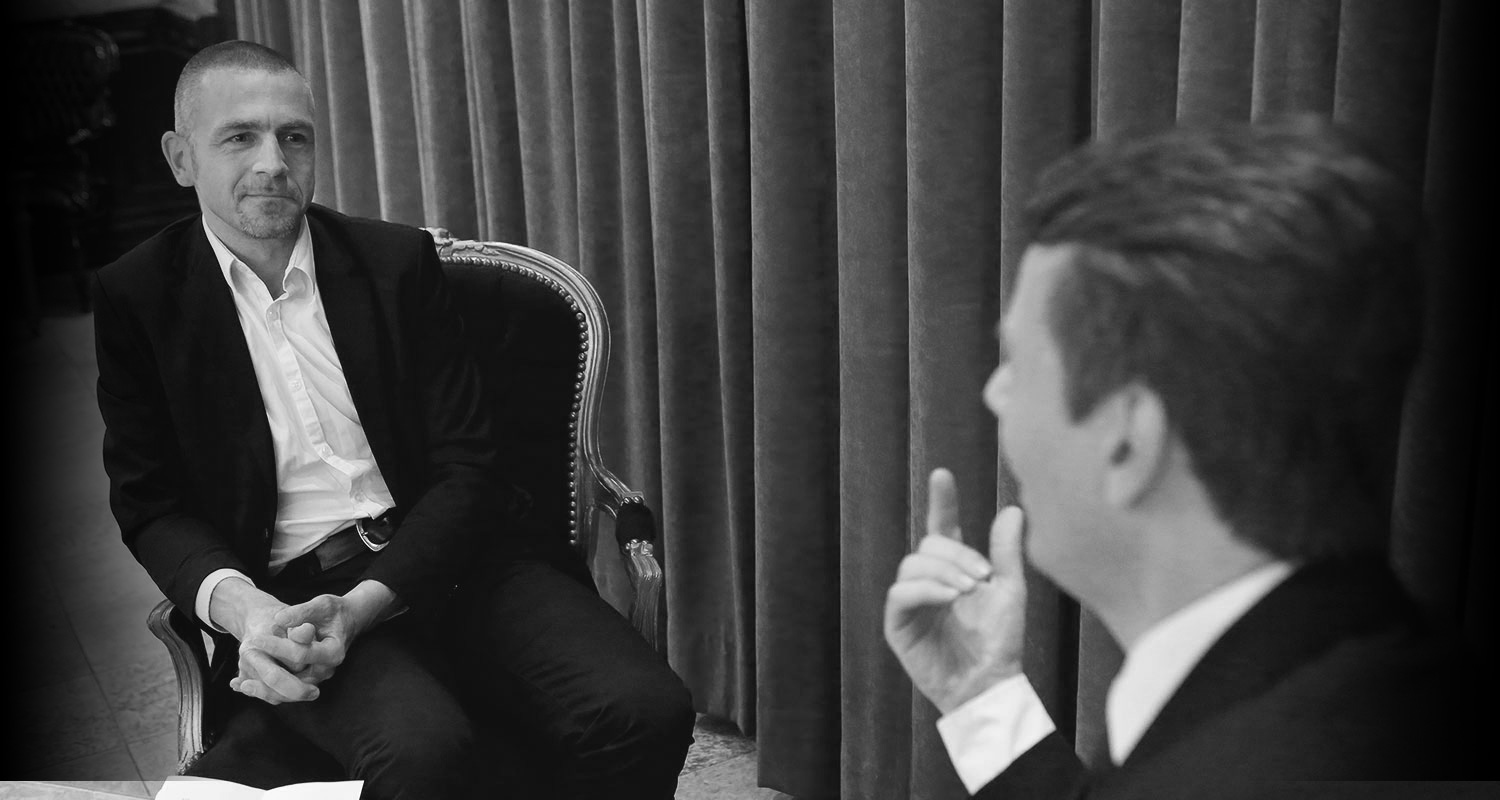 You talk about your training, how did you get started with magic? With the classic magic box from the toy department for 19.99 D-Marks?

The first experience was a family celebration that my uncle was visiting. He wasn't a magician, but he had picked up simple tricks. For example, to make a coin disappear or a card trick that I still use in my shows today. That had literally cast a spell on me. In fact, I was given a magic box once, I went to the library, read specialist literature and then joined the magic circle. When I was 16, I went to the first magic congress, my first competition, which ended with first place.

But you didn't think about turning magic into a profession?

No. Magic was just a big hobby, and I was a little put off when I saw interviews with professionals who had lost their enthusiasm and love for magic. That hurt me. But then I was lucky enough to get to know great artists like the aforementioned Juan Tamariz, a person who shines and carries away when he's on stage, that gave me the kick to do magic professionally.

But that also means a lot of hard work, doesn't it?

I wouldn't say hard. I enjoy it so much that practicing is not a punishment. Sometimes I sit at tricks and suddenly four or five hours have passed without me noticing. It just takes a lot of time, on the one hand practicing dexterity, then studying specialist literature, sifting through and reading books, but also communicative matters. I have been taking singing, speaking and acting lessons for many years. Primarily has nothing to do with magic, but helps a lot when performing on stage. How to give and move.

Can you tell how long it will take you to rehearse a feat?

It is very different. A musician can also play some pieces very easily and quickly from sight. For others, he has to work really hard until they sit down. At worst, some magic tricks take a few years to grow. It took me twelve years for a classic feat with four aces, for which I developed a completely new variant.

It has. Mainly because I succeeded in not only inspiring the audience but also my fellow magicians. There, too, many fell away from the faith. But it was also a very long process.

Does something go wrong sometimes with the tricks?

Why, surely. This can of course be very embarrassing and uncomfortable for a magician. But it can also offer the chance to save everything with an improvisation. That is also my credo, if something goes wrong, I mustn't get angry, but have to accept it as an exciting challenge, how I can turn the situation in my favor again. That can be really great and also an important technology for life in itself. Every moment I'm angry costs energy. That’s a waste. Better to pull out the positive straight away and just not see the obstacle as a problem.

Which tricks excite you the most? Big, bombastic tricks when a David Copperfield makes the Statue of Liberty disappear? Or the smaller, supposedly unspectacular ones?

Latter. Magic art with close contact with the audience is my great love. What Copperfield did is interesting, it certainly helped a lot to the reputation of wizardry, too. But the little, intangible trick, if not 30 meters away, but right in front of your eyes, from pieces of white paper suddenly turning into real hundred euro bills, that's even more exciting for me. 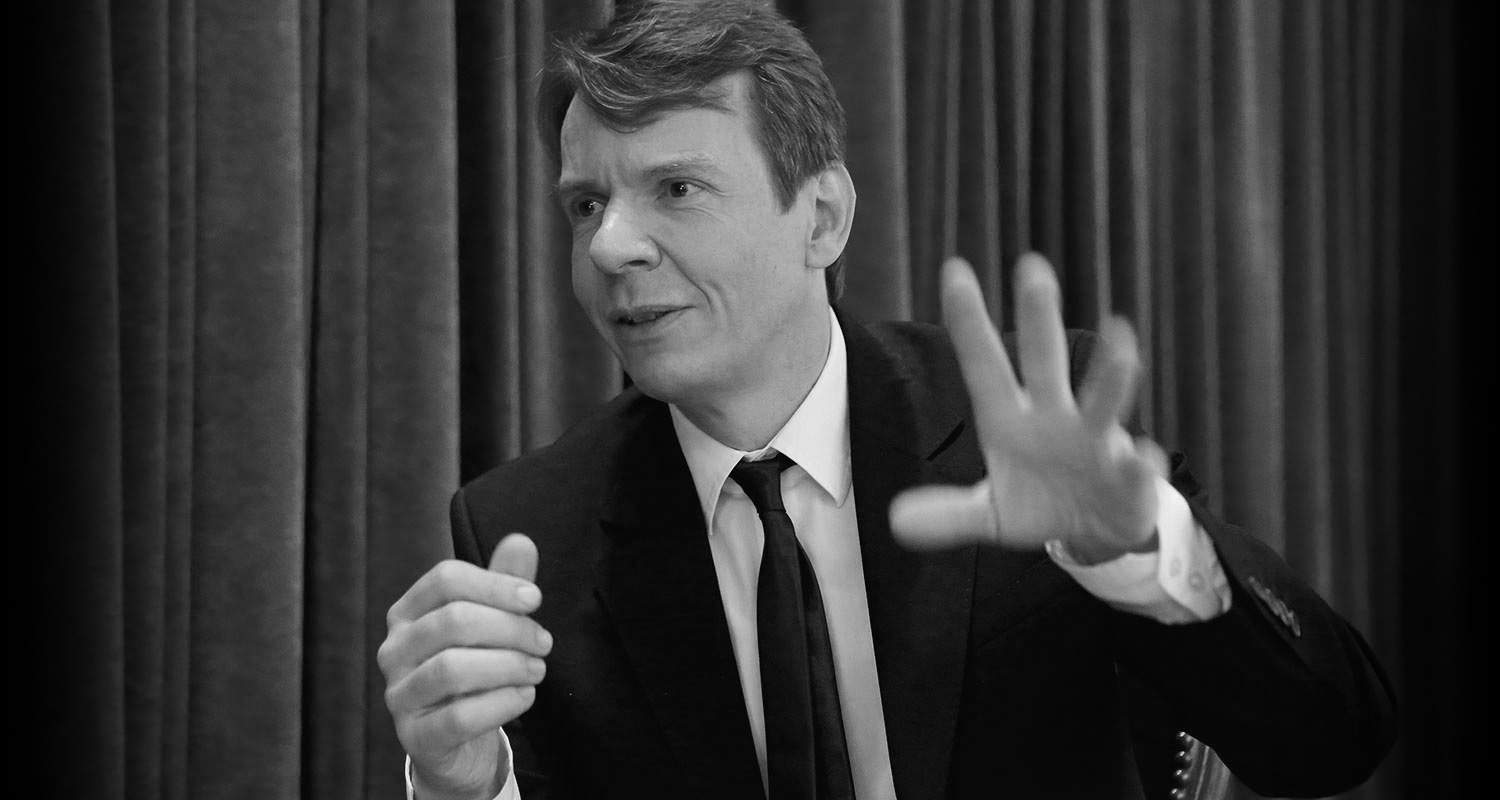 You once conjured away a cable car yourself.

It was also a crazy experience, but of course I don't let such a cable car disappear up my sleeve, a whole team is involved, where everything has to be planned down to the second. But I prefer to be in a room with an audience very close to me.

Do you always let your family know about your tricks?

It is not possible to leave them out completely, they know me too well for that, and besides, there are always a lot of props lying around at home. But really sharing experiences and exchanging ideas, you only do that with colleagues. I myself gave lessons at the Magic Academy in Pullach for many years, lead workshops and seminars for colleagues, so of course I pass on a lot of my experience.

Have you found your dream job as a magician?

Absolutely. Look, during my time as an electrical engineer, I worked on a project at university for two years, which was then crushed at some point and where I then thought to myself, it was two wasted years of my life. Now I have just the opposite. Now I experience successes and moments of happiness every evening. The laughter in the audience, the amazement to see that the audience does not have the idea of ​​a solution, that is really great. The nicest compliment I once received was after a performance, when a viewer said to me: “It's great what you did and how you did it. It was a great pleasure to meet you. ”That was wonderful. For me it doesn't need the big cheers on the big stage. When I've had a successful evening, I hover slightly above the ground and then always think to myself: "I have the best job in the world."

How long can you be a professional magician?

The dexterity, the dexterous, one must not let up in old age. But you also gain more and more experience and routine. I would say: the best time is still ahead of me. 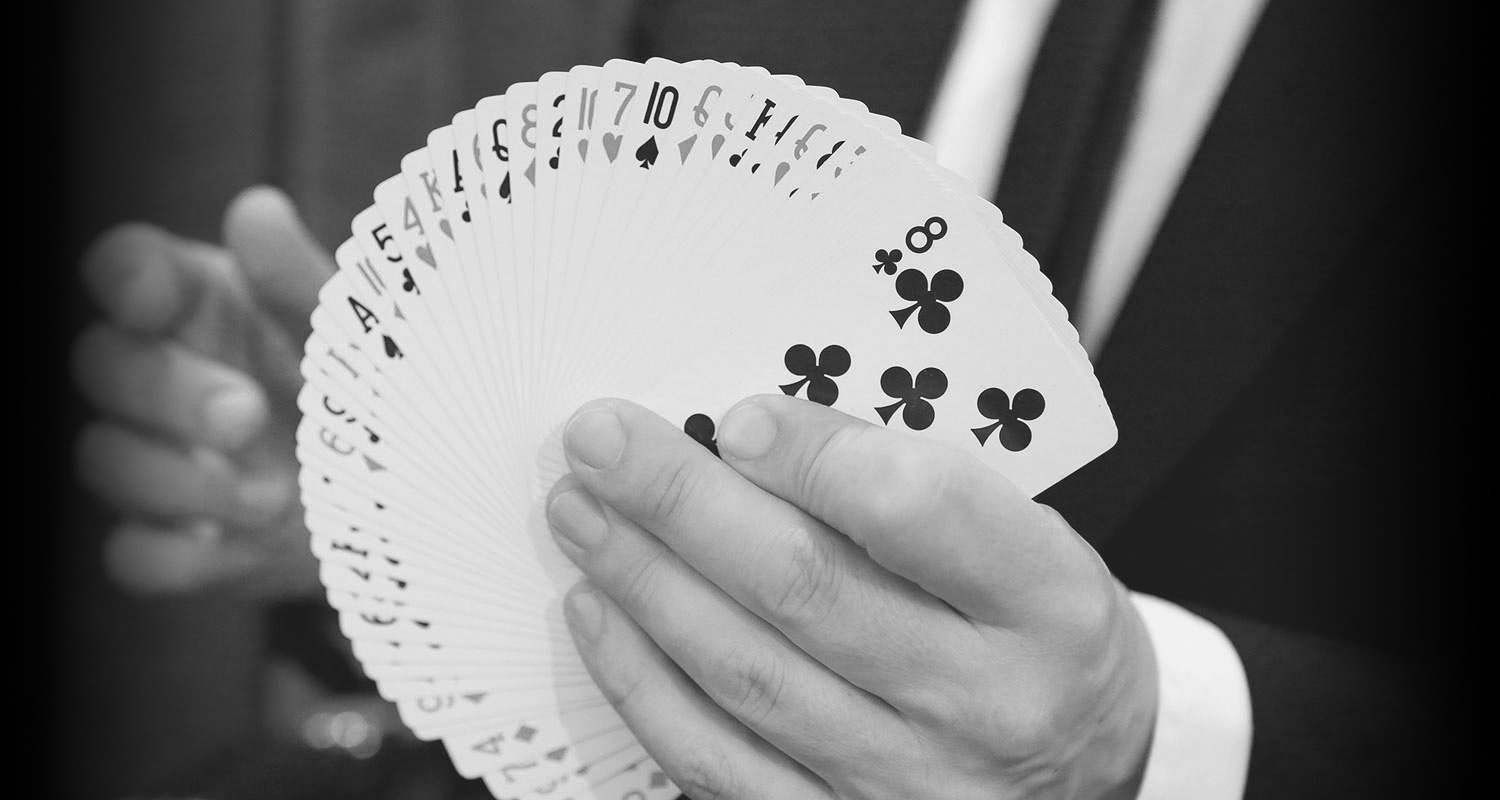