What do you miss about life underwater?

Two art students from Düsseldorf went underground for five days for their thesis. They have set up their own aquarium on twelve square meters. In between we talked to one of them. 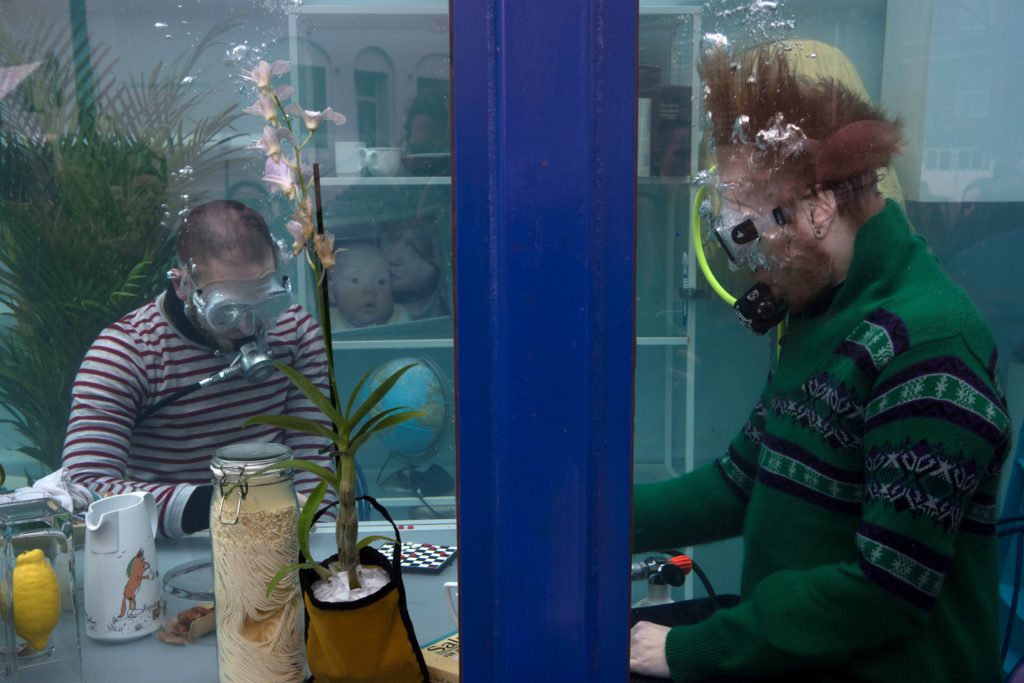 © Felix Contzen You get used to almost everything in everyday life - including water at 15 degrees in the kitchen? Tomas Kleiner (left) and Marco Biermann

F.A.Z .: Tomas, you've already spent a few hours in the container. What is it like to live underwater?

Tomas Kleiner: It's getting really nice. As with every move, moving in was very exhausting. Each object had to be prepared in a very complex way so that it stays under water and does not swim upwards or even dissolve. There were a lot of questions that we couldn't clarify beforehand. But now all objects are in their place and you can live comfortably. We want to create an everyday life that is as unspectacular as possible and recover from the efforts of the last few days. I'm slowly starting to feel at home. Unfortunately we all have to get out of the water for an hour or two because it's extremely cold. It was originally planned that we would stay under water for two to three hours at a time. But we make sure that at least one person always stays in the water tank.

Is there anything that you miss in your new home?

Yes, the cozy food. I just really like to eat - and we have a lot of restrictions underwater. We can only eat what does not dissolve immediately: bananas, apples, pears, cucumbers, a sausage might work too. We are currently preparing soups in bags. But of course a cozy brunch with rolls and croissants like at home is not possible. But, contrary to expectations, a lot is also possible under water. All technical things were vacuum-sealed: battery lamps, DVD players and even cell phones. The only thing we don't do downstairs is go to the bathroom. We would have had the technical possibilities, but that was just too complicated for us. Maybe you can do that in a later project (laughs).

How did you prepare for this project?

We are in contact with a diving school in Düsseldorf that supports us with equipment and know-how. Most of the time someone from the diving school is there to make sure that everything is in order. We've both been interested in diving for a long time, but it hasn't emerged yet. The project has now made it possible for us that Marco almost has his diving license and that I have also done various diving courses. We had the container come from Austria. It was clear to us that we wanted to live in it properly - lying on the sofa, sitting at the table, washing up in the kitchen.

The topic of your thesis "Under Water - Life Design" is "Everyday Life". How do you involve him in your project?

We have observed that you act again and again in everyday life without really noticing what you are actually doing. Our approach is to focus more on everyday moments. For example, we had to think about different ways of working with or under water. The nice thing about working with water is that it creates very aesthetic images. At the same time, we find future scenarios such as traveling into space very exciting. Maybe in the future we will all have to live underwater. We take this opportunity with humor. It's not about a serious attempt, but a slightly bizarre scenario.

Are there any follow-up projects planned after the five days under water?

We will definitely follow up the project. Maybe we will process it in a video project. We would also like to exhibit the vacuum-sealed items or offer them for sale. We also considered repeating the project in other locations without the container: possibly an exhibition of the human species in the aqua zoo. But that is not yet certain. In any case, we will do other projects together. 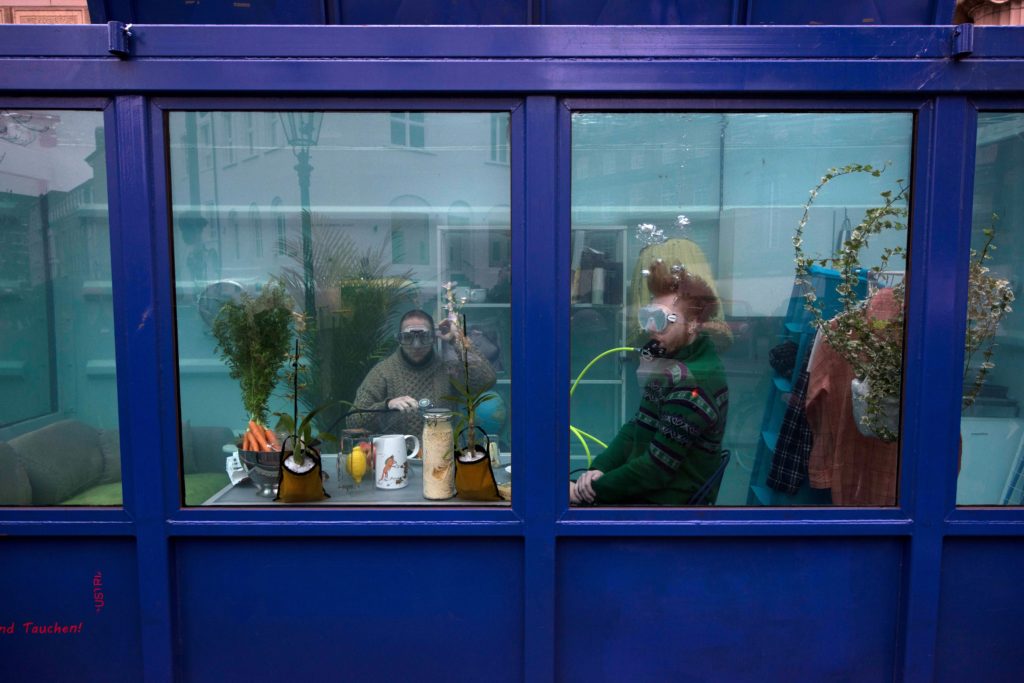 Tomas Kleiner (27): initially studied painting as a student teacher, whereby the joint work with Marco Biermann resulted in the course of a class exhibition. He will probably study another semester at the ESADMM in Marseille and will embark on a travel project from there before he will probably first settle in Vienna.

Marco Biermann(32): also began studying to be a teacher at the Düsseldorf Art Academy as a painter and later turned to the performative medium more and more intensively over the years in Munich and Düsseldorf. After completing his studies in fine arts, Marco Biermann started his legal clerkship in order to establish the teaching profession as a second mainstay.

Life under water: It's getting more and more comfortable

An error has occurred. Please check your entries.