A cell consumes energy during osmosis

Osmosis describes in simple terms the directional movement of molecules through a membrane. It is ubiquitous in life, and humanity has made massive advances in areas such as medicine and technology using this natural process. Every cell in every living being also needs and uses osmosis to survive.

However, where osmosis gives life, it can also take it again. In order to avoid devastating consequences, bodies must constantly regulate the process of osmosis. Understanding osmosis and its effects in your own body better can lead to healthier living and better quality of life.

The term osmosis describes a process of particle movement through a semipermeable membrane in order to compensate for a concentration gradient. In order for the process to take place you need:

→ A solution consisting of the solvent (in our example we use water) and one solute (in our example salt).
→ A second solution from the same components exists, but one lower concentration on the solute (less salt per liter of water).
→ A semipermeable membrane. This membrane must be permeable to the solvent, but must not allow molecules of the solute to pass through.

The process of osmosis was described for the first time in 1748 by the French Jean-Antoine Nollet, who discovered through an experiment that pig bladders are permeable to water but not to alcohol.

It was not until the 1850s that the botanist Henri Dutrochet described the process of inflowing water through a membrane with endosmosis. It took a few years again for the word osmosis to be used on its own.

The term osmosis is derived from the Greek word osmos, which means something like penetration. Throughout history, many scientists have studied the behavior of osmosis and membranes. In 1901 the Dutch scientist van‘t Hoff won the Nobel Prize in Chemistry, in part for his research on osmotic pressure.

In his younger years Albert Einstein even studied the phenomenon of osmosis in connection with the behavior of molecular particles. In fact, new membranes are still being developed for use with osmosis and new applications for osmosis are being sought.

Nowadays it is not only used in medicine but can also help to prepare drinking water by desalinating water, or it can be used to dehydrate food to make it longer lasting. However, osmosis also takes place every day. For example, if you add salt to water when you cook vegetables, you do this to prevent too much water from getting into the vegetables through osmosis.

Functions in the body

Functions and tasks of osmosis in the body

Cells have so-called biomembranes, which act as semipermeable membranes.

Because blood plasmaconsists mainly of water, cells in the human body take up mainly water through osmosis. At the same time, other molecules, such as the electrolytes sodium, potassium, calcium and magnesium, are transported by active transport proteins in the cell membrane.

Since a cell consumes water in its metabolism, the cell must continuously absorb new water through osmosis in order to survive.

There are three states that a cell can adopt with regard to osmosis:

Ideally, cells are in a balanced state of isotonicity, as this would mean that the cell is supplied with all electrolytes and does not need additional water. In reality, cells metabolically consume molecules, which fluctuates the tonic state of the cell.

But osmosis can also be easily observed on your own body in everyday life. The skin is also a semipermeable membrane that is permeable to water. So if you lie in the bathtub for a little longer or go for a swim, water slowly flows under your skin and the result is wrinkled fingers. Since water is so important for the metabolism of our cells, the process of osmosis is vital for us and even for all living things.

The osmosis process is passive and based on the laws of nature. So nothing can go wrong during the osmosis itself. But what happens if there is an unhealthy imbalance in electrolyte concentration in the body that makes the osmosis of the cells more harmful?

Fortunately, the human body can take many measures to restore equilibrium, but if you put a blood cell in distilled water, for example, it would burst after a certain time.

At any point in time, there is a so-called osmotic value in the body, which indicates how much water flows into the cell. If the value is high, a lot of water flows into the cell and if the value is very low, water leaks out of the cell. For example, if you consume a lot of salt in a short period of time, the osmotic value drops and the cells slowly dry out. It is therefore important that this value remains within a certain range.

In the human body and other mammals, the kidneys are responsible for regulating this value, the osmoregulation. Excess electrolytes and other so-called urinary substances are collected by the kidneys, stored and excreted through urine until the electrolyte balance is balanced again. 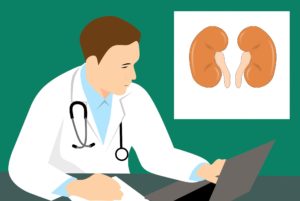 If the kidneys cannot do this, hyperosmolarity results, which shows the following symptoms:

In the worst case, salt poisoning can occur, which can be life-threatening. If the kidneys fail, the blood has to be freed of excess electrolytes by dialysis, which pumps isotonic blood back into the body through osmosis, among other things.

Hyperosmolarity can occur especially in older people, as they have a reduced sensation of thirst. However, this condition can also occur with some diseases such as diabetes inisipides, in which an important control circuit is not functional.

If the osmotic value is too high and too much water enters the cells, hypoosmolarity can arise. The human body can flush out excess water very efficiently, so with a healthy hormonal balance you will hardly have any problems with excess water. In some rare cases, however, water poisoning caused by excessive water consumption can occur. A lack of electrolytes in the blood plasma is more likely.

The symptoms of this disease include:

In the worst case scenario, death can also occur here.

So it is important to hold onthat the kidneys play a very important role in osmoregulation in the body and that the osmosis process actually has to be regulated almost constantly, otherwise the result will be devastating.

Below we answer frequently asked questions about osmosis.

How can you regulate the osmotic value yourself?

If you think that there is hypo- or hyperosmolarity in your own body, then it is important to take in water and minerals in a balanced manner. You should pay more attention to the nutritional information of foods to see how much salt you are consuming. Modern foods, especially ready-made dishes, contain a lot of salt to enhance the taste.

If you take more than 4 grams of salt a day, you risk dehydrating your cells. At the same time, it is important to drink enough water, among other things so that the body can excrete excess electrolytes.

When to consider value 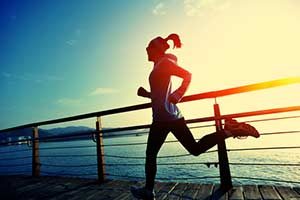 When should you pay particular attention to the osmotic value?

If you do a lot of sport, osmoregulation in the body is particularly important. When you sweat, the body loses a lot of salt and a lot of water, both of which are very important for the metabolism of cells. After exercising, you should drink isotonic drinks as much as possible, as these have exactly the right concentration of electrolytes for our body.

If you only drink water with a few electrolytes after exercise, hypoosmolarity may develop and you could suffer from the unpleasant symptoms of this disease. Apple spritzer, wheat beer, and some sports drinks are popular isotonic drinks.

Can i measure my osmolarity?

Measuring the concentration of electrolytes in the blood at home becomes difficult. There is indeed a so-called osmometer, which was invented for this very purpose, but this cannot be acquired as a normal person. Hospitals and certain doctor's offices will have an osmometer to do blood tests. However, the pH of the blood can be used to roughly determine whether the electrolyte concentration in the blood is too high or too low.

Electrolytes, especially sodium, have a pH that is considerably lower than the ideal blood pH of 7.4. So if your own blood has a value that is much lower than 7.4, it may well be that the electrolyte concentration in the blood is too high. Devices for measuring the pH value can sometimes be bought for less than ten euros.

Our conclusion on osmosis

With a process as important as osmosis, a deeper understanding that has been passed on to us by scientists down the generations can potentially provide the answers to future problems. News of osmotic power plants and salt water treatment through osmosis let one hope that this simple process can still offer a lot to mankind.

Today knowledge of osmosis helps usUnderstand well-known health conditions such as dehydration and salt deficiency, and perhaps also explain why people have two kidneys. Although topics like hypoosmolarity and hyperosmolarity are not relevant for everyone, with this knowledge you can take better care of your body, eat more consciously and feel better all around. We hope this text was informative and we wish you good health!
Please recommend this page or link us:
<?