On December 31, 1973, the Australian band AC / DC played their first official gig at the Checkers Club in Sydney. Since then, the band has grown into one of the greatest rock acts on the planet. We have put together ten AC / DC albums for you that have to be heard.

A total of 16 (worldwide) or 18 studio albums (including two LPs only released in Australia) are available for official releases. There are also three live recordings, an EP and two film soundtracks, both of which are more of a kind of compilation album. Furthermore, in the last few years the archives have gradually been opened and various CD and DVD sets with partly previously unpublished material have been brought onto the market. All albums are now available, including digital ones. It took a long time for the traditionalists to open up to this distribution channel as well.

But back to the solidarity. In the case of AC / DC, decision-makers clearly subdivide into "Old testament" and"New Testament" and mean on the one hand the recordings (1975 to 1979) with the legendary Bon Scott and on the other hand those (from 1980 to today) with the eternally "new" singer Brian Johnson. Well, and only the old hits are then considered the only true ones. But if you stop here, you simply ignore three more successful decades of rock ‘n‘ roll.

So what can / should / should you definitely hear or what might you start with? 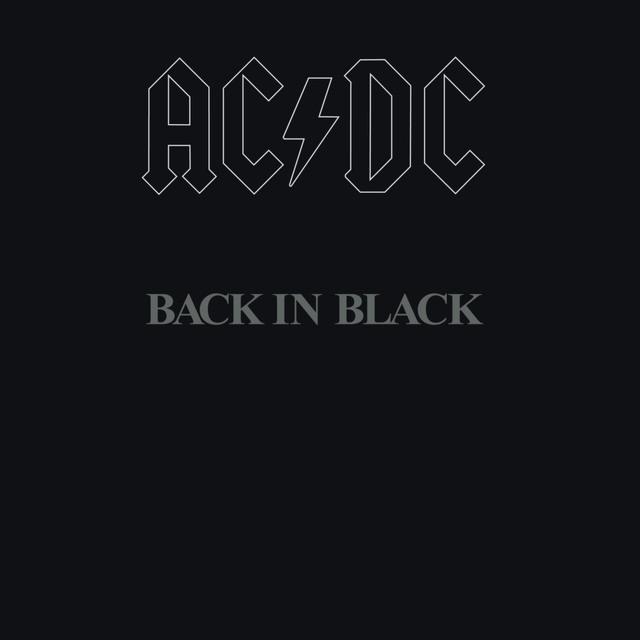 If you can only recommend one album, it lies BACK IN BLACK (1980) right at the front. Rarely in rock music has a band played tighter and the guitar riffs got to the point. The brothers Angus and Malcolm Young have perfected their seemingly blind interaction and guitar sound on this album. While Malcolm with his Gretsch Jet Firebird produces an almost undistorted sound in the direction of an overdriven tube power amplifier, Angus uses his Gibson SG to create a fatter and more gain-enriched sound.

Amps? As always with AC / DC, the sound tends towards Marshall. In general, AC / DC sounded simply bombastic, starting with the intro of the dark, Hells Bells ‘with the chimes, the power rocker, Shoot To Thrill‘ and the funky title track. Ten songs, one more monumental than the other: All Killers, No Fillers! The band was about to end: Frontman Bon Scott died on February 19, 1980 and rumors of dissolution made the rounds. AC / DC returned after a short search with ex-Geordie singer Brian Johnson and created this milestone. 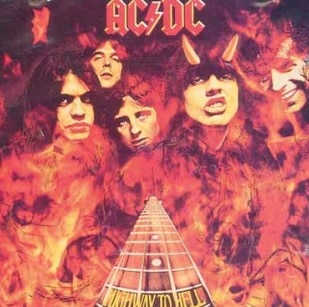 The final album HIGHWAY TO HELL (1979) with the legendary front man Bon Scott should not be missing in any record collection. The title song became the stadium anthem par excellence. The groovy, Touch Too Much ‘with its lascivious allusions and in, Night Prowler shows AC / DC once again what a hot blues band they can be. After the successful cooperation with George Young, (Malcolms and Angus ‘older brother) and Harry Vands, they worked for the first time with producer Robert John" Mutt "Lange. And he made sure that the riff-rock was catchier compared to the previous albums. The result: AC / DC cracked the Top 10 in England and entered the US charts for the first time. 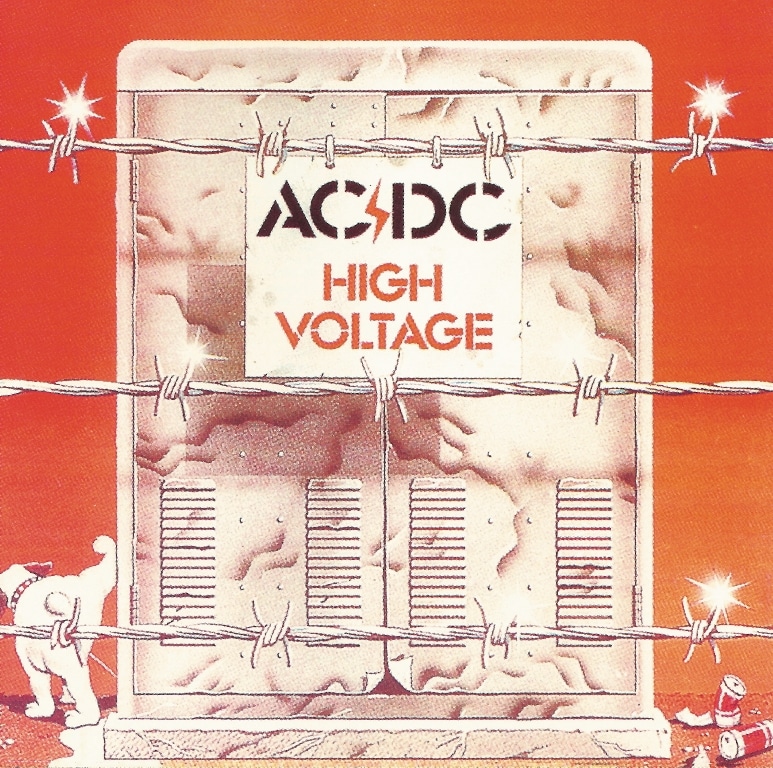 If you want to understand a band and their development, you have to know the debut. HIGH VOLTAGE (1976) gave the clear musical direction early on. Songs like, T.N.T. ‘With its crisp riff, the extremely cool one, Live Wire‘ or the bluesy one, The Jack ‘, are among the classics in which the band sounds absolutely pure and straight. On "High Voltage" Bon Scott conjures up all the myths of rock ‘n‘ roll, from breaking out of bourgeoisie to dirty motels and club stages to the top of rock biz. AC / DC were on their way. An important note about High Voltage ‘: The well-known album version from 1976 is a mix for the European market of the best of the first two albums released in Australia in 1975,, High Voltage‘ and, T.N.T. ‘. The European and the original Australian version are therefore not identical.

Real connoisseurs answer the question about the best AC / DC album with confidence POWERAGE(1978). Rightly so, because songs like, Sin City ‘,, Rock‘ n ‘Roll Damnation‘ and the great, Down Payment Blues ‘showed the quintet with the new bassist Cliff Williams on board in top form! Scott portrays AC / DC as underdogs who want to assert themselves at all costs! The expression of this mentality is the brute and fast, Kicked In The Teeth ‘, at the other end of the emotion scale is the undercooled, Gone Shootin‘ with its driving groove. And there has probably never been a straighter number than, Up To My Neck In You by them.

Malcolm Young once referred to the album as the band's most underrated album. He is right, but this quote also reflects the moderate commercial success at the time. 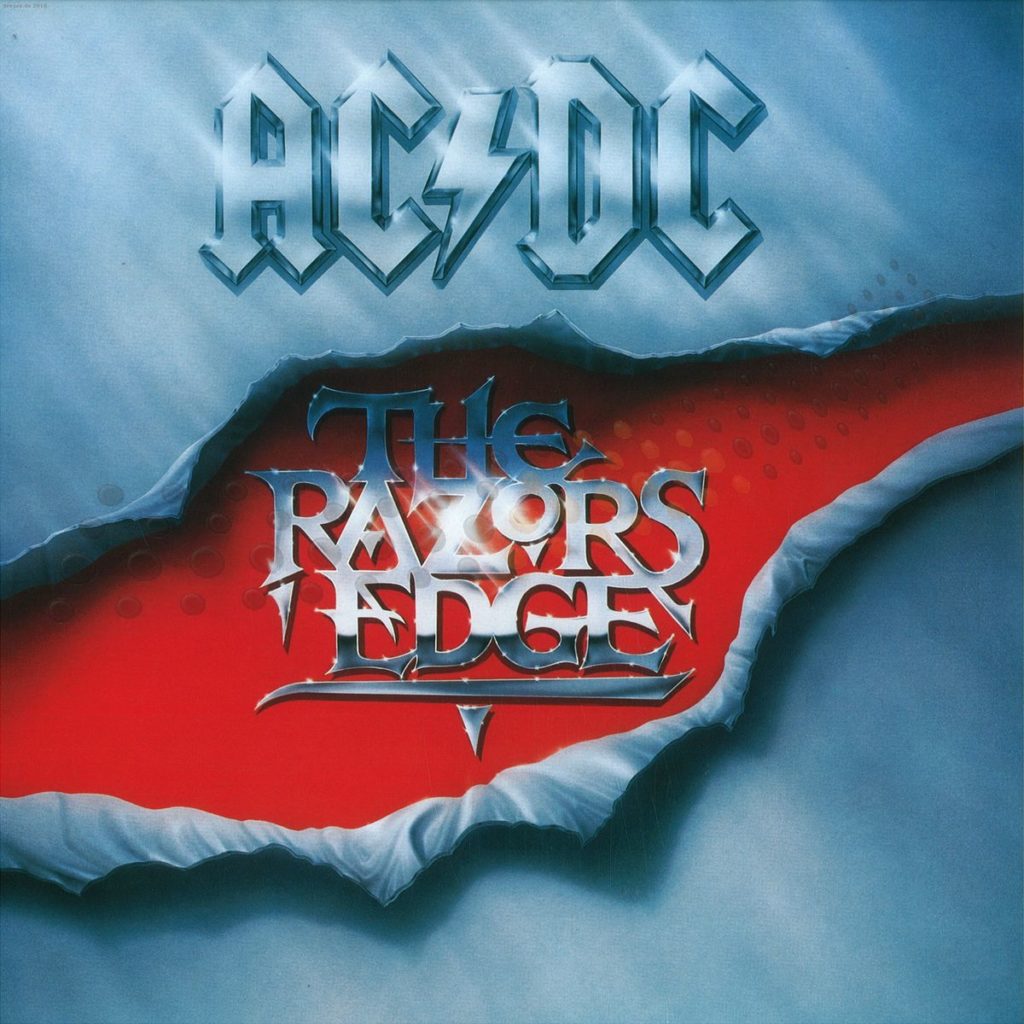 The fast, classic guitar intro made one sit up and take notice, as did the fat background choir in Thunderstruck. Last but not least, this number brought AC / DC back into focus in 1990, butThe Razor’s Edge‘Numerous other highlights. , Moneytalks ‘showed the mainstream side of the band, on the other hand the dark title track seems downright ambitious, which is evident in the sophisticated guitar solo. 'A Mistress For Christmas' offered good-time rock-‘n‘-roll including the typical humor, and last but not least, the jaggedly played 'Rock Your Heart Out' demonstrated the well-known strengths that were found again.

Working with producer Bruce Faibairn had definitely done the band good. AC / DC were heavily criticized for their albums in the mid-80s, and in fact, Flick Of The Switch ‘or, Fly On The Wall, despite some good songs, lacked the verve of the early days - now they were back in the running. 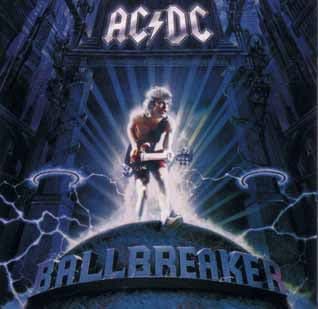 Now we come to the "Underestimated Masterpiece" category. The fans had to wait five years for another studio album until Angus & Co finally joined in 1995 BALLBREAKER crashed back into the charts. The cool opener, Hard As Rock ‘became a single hit, and the mid-tempo rockers, The Furor‘ and, Burnin ‘Alive‘ are among the best that AC / DC wrote in the 90s. Finally, the bluesy, Boogie Man ‘ties in seamlessly with the classic, The Jack‘. Well, and in the title track you can (undeniably) find the best use of drums of all time.

After a short prelude, all the instruments fade out, and during the break Malcolm hits out an ultra-precisely played riff in let-there-be-rock style. The bass is added, and after another bar, returning Phil Rudd steps in with his 4/4 beat on the "1" - it doesn't get any drier than that, just listen to it! In general, Rudd was the secret star of the album. On, The Razor‘s Edge ‘, AC / DC with drummer Chris Slade had clearly increased the pace, also heard on the“ Live ”album, which was made at that time, with Phil it grooved like in the old days.

DIRTY DEEDS DONE DIRT CHEAP (1976) is definitely one of the must-buy items when it comes to AC / DC. The underdog image was once again reinforced with the punk title song or the fast, Problem Child. And in pieces like "Love At First Feel" and "Big Balls" Scott once again played with relish with the already familiar ambiguities. , Rocker ‘is a speed homage to the band's rock & roll idols like Chuck Berry and Jerry Lee Lewis.

These are undoubtedly all great songs in the band's catalog, but they are topped by the quietest moment on this tough album: 'Ride On ‘is one of the best that AC / DC have ever recorded. In this slow blues Bon gives the broken and lonely man who, despite all difficulties, always manages to put his thumb in the wind, move on and not give up. In the end he pulled all the blue clichés out of the drawer, but a haunting and ironic undertone in the voice gives the song goose bumps. This is also ensured by the guitar solo, as Angus lets less be more. Must be heard!

LET THERE BE ROCK 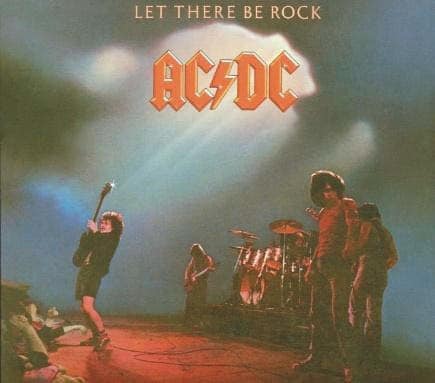 LET THERE BE ROCK from 1977 is the heaviest AC / DC album that made even the new bands of the English punk wave look old. The monumental title track and, Whole Lotta Rosie ‘are going numbers in which Angus Young fired perhaps his most virtuoso solos ever. There are also breakers like, Hell Ain ‘t A Bad Place To Be‘ or, Overdose ‘. Somehow the whole mix sounds like everything is about to be clipped. The eight songs condense into everything that AC / DC and rock music is about.

IF YOU WANT BLOOD - YOU’VE GOT IT

Energy and sound are closely linked to the last two studio works mentioned IF YOU WANT BLOOD - YOU’VE GOT IT. The live album from the 1978 World Tour transports an incredible amount of atmosphere. Songs like, High Voltage ‘or, Bad Boy Boogie‘ push out of the speakers even more powerfully than the studio versions. Bon Scott screams angrily into the microphone and Angus' licks come across a lot more unadorned due to the numerous partly unwanted feedback.

His solo is legendary: at the end of "Let There Be Rock" he withdraws after the band has already stopped playing. And finally the audience heralds in with the "Angus" calls at the beginning of "Whole Lotta Rosie" a concert ritual that is still popular today. With this album you experience AC / DC at their zenith! And, If You Want Blood… ‘is one of the great live albums of the 70s with its brilliant overall sound.

After a five-year break, AC / DC2000 are back with a new album. When shooting too STIFF UPPER LIP After a long time, George Young was back behind the mixer. And that made for a fat and classic sound. Already the extremely sharp intro-lick to the title song encourages you to rock along, Brian Johnson starts in with a bluesy deep voice, pulls on and off you go. The shuffle groove in 'Meltdown' or 'Hold Me Back' with its picking guitars is also great. , Safe In New York City ückt presses the accelerator properly, on the other hand, Can ‘t Stop Rock, n‘ Roll ‘leaden but inexorably pushes forward. And, Give It Up ‘with the dry verse riff plus catchy chorus breathes the spirit of the album, Highway To Hell‘. 'Stiff Upper Lip ‘has its very own charisma that has to be experienced.

So much for these 10 ACDC albums and the music from AC / DC. If you are interested in rare live recordings and studio rarities, the following releases are recommended:, Bonfire, (4CD set, first in 2003), Backtracks (2CD / DVD set, 2009) and at the very end: On the EP, '74 Jailbreak '(1984) contains songs from the early phase including the hyper-fast version of the blues classic' Baby Please Don't Go 'and the hit' Jailbreak '.