Why do voltage converters explode

Fire in the Hollabrunn substation

In Hollabrunn there was a fire in a substation on Thursday evening. Before that, there had been a loud bang: a voltage converter, to which a 110,000 volt line leads, had exploded. EVN estimates the damage to be less than 50,000 euros.

The damage should therefore not be as great as was initially feared. The exact amount of damage is only given when it is clear whether everything was broken by the explosion or whether parts can still be used.

EVN technicians were busy with the repair work on Friday. Experts were also at the site of the explosion to look for the exact cause. In the afternoon, the substation should go back into operation, according to EVN. 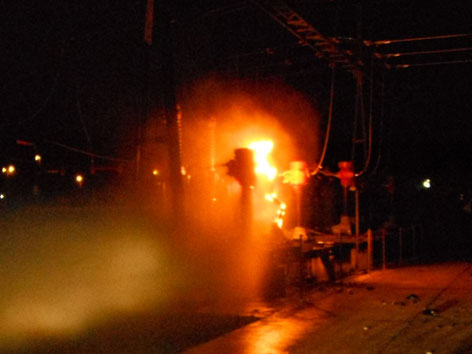 It was a loud bang that could be heard on Thursday at around 5.41 p.m. in Hollabrunn when the voltage converter exploded, after which the fire broke out in the substation. The fire brigade spoke of a tremendous lightning bolt in the sky. Because of the great heat, a second voltage converter caught fire.

At the same time, around 3,000 households in Hollabrunn and the surrounding area were without electricity for two minutes. 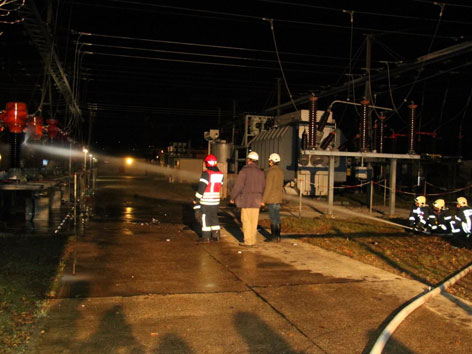 Extinguishing work was difficult and dangerous

The alarmed fire brigade was initially only busy with cooling the plant from the outside, because the high residual voltage and the fire produced an enormous amount of heat, the fire brigade said.

In addition, about 100 liters of transformer oil began to burn. Only after EVN had succeeded in grounding the substation could the fire brigade begin the fire-fighting operation.

There was no danger to the population, it is assured, because the substation is in an open field. The fire was extinguished after about an hour and no one was injured.