How digital communication via antenna is possible 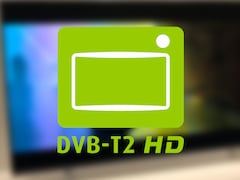 DVB-T: digital television free of charge via antenna
Image: teltarif.de DVB-T was the first generation of digital TV transmission via antenna. The digitization of the radio signal made a better picture and sound quality as well as a more efficient use of the radio frequency bands possible. For example, compared to an analog TV channel, up to six programs in SD or up to two in HD quality could be transmitted via DVB-T. But the DVB-T standard is now also out of date. By 2019, DVB-T was completely replaced by the successor DVB-T2.

As early as 2009, the European Telecommunications Standards Institute (ETSI) designated DVB-T2 as the successor to DVB-T. With the relatively late implementation of the European standard in Germany, DVB-T transmission is now a thing of the past. This conversion of the transmission technology also required an adaptation of the receiver on the part of the television viewer. On the other hand, with DVB-T2, the frequency efficiency and the image quality increased again. The main details of the conversion and everything you need to know about DVB-T2 can be found in separate articles. In a nutshell: In numerous regions of Germany, starting with the metropolitan areas, the DVB-T signal was discontinued at the end of March 2017 and replaced by the incompatible DVB-T2. In some more remote regions, the renovation took until 2019.

From the transmitter mast to the receiver

Depending on the region, between eight and over 30 television programs were broadcast via DVB-T. In some places, such as Berlin-Brandenburg, some radio stations could also be received via DVB-T. The TV and radio signals were transmitted by radio using frequencies reserved for this purpose. In order to be able to receive these signals, a digital DVB-T receiver (tuner) was necessary, which transmits the coded data in picture and sound. In addition, an indoor or roof antenna was usually required to pick up the signal.

Many of the older televisions have an integrated DVB-T tuner, as well as integrated receivers for digital cable and satellite reception (DVB-C and DVB-S). DVB-T USB sticks and DVB-T cards brought digital terrestrial television to laptops and PCs. In addition to the acquisition costs for the hardware, DVB-T reception was free in Germany. This changed when the company switched to DVB-T2 for receiving private TV channels.

Advantages and disadvantages of digitization

The range of channels available via DVB-T varies from region to region.
Graphic: ueberallfernsehen.de The introduction of DVB-T made it possible to redistribute frequency bands in the coveted UHF band and to reuse them. The mobile communications providers bought the so-called digital dividend frequencies and used them to expand fast broadband Internet via LTE as a data transmission standard. This redistribution towards increased use for mobile networks will be continued with the conversion to DVB-T2.

But the introduction of DVB-T has also drawn criticism. Viewers criticized the sometimes poor reception quality, despite the optimistic coverage quotas of the participating broadcasters, which led to distortion of picture and sound. While simple passive rod antennas were often sufficient for receiving analog broadcasting, at least one active indoor antenna was usually required for DVB-T. If you lived further away from the next transmitter, it could be necessary to use an external antenna. However, users could usually continue to use the house antennas that were already installed for analog broadcasting to receive DVB-T.

In addition to the reception quality, there was also criticism of the variety of programs. In the course of digitization, many private television stations have switched to no longer broadcasting their programs terrestrially. In addition, the introduction of a pay-TV concept for the reception of private broadcasters was tested. However, this could not prevail with DVB-T. This is different with the successor DVB-T2.

Numbers and facts about digitization
The shutdown of analogue, terrestrial television has long been completed throughout Germany. The strengths of digital, terrestrial TV nowadays lie primarily in its relatively mobile use. In contrast to laying a TV cable or installing a satellite system, setting up an indoor antenna is comparatively simple. With the limited entertainment offering from DVB-T, however, terrestrial television is becoming less important and is primarily still used as a second device in the household, with the main device being played on either via TV cable, satellite or the Internet. In 2015, according to the digitization report of the state media authorities, only around 10 percent of TV households had a DVB-T receiver, although the spread has been declining over the years. DVB-T was therefore more of a supplementary importance compared to the other transmission technologies. In the meantime, DVB-T2's market share has leveled off at the expected 6 percent.
More advice on everything to do with digital television