How does another pigment affect photosynthesis?

Light is basically electromagnetic radiation that can be perceived by the human eye. It is well known that in order for plants to carry out photosynthesis, they need light. The productivity of photosynthesis depends, among other things, on the color of the light, which can be examined with the help of white light. White light contains all the spectral colors in the electromagnetic spectrum that are visible to humans and if this is thrown onto a prism, the white light is divided into its spectral colors. 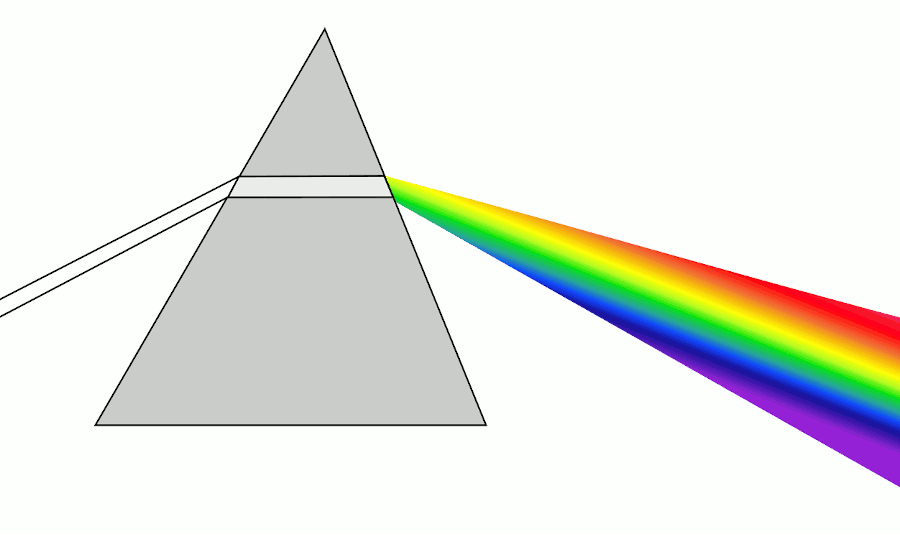 A prism splits white light into its components.

If you then bombard a plant with the light rays of each individual spectral color, you will find that the photosynthesis rate, measured according to the oxygen production, is the highest of blue and red light.

In order for a plant to be able to absorb the energy of light, it has to absorb the light. This absorption of light is made possible by photosynthetic pigments in the plants. If you isolate these pigments, you can understand the different rate of photosynthesis in different light. 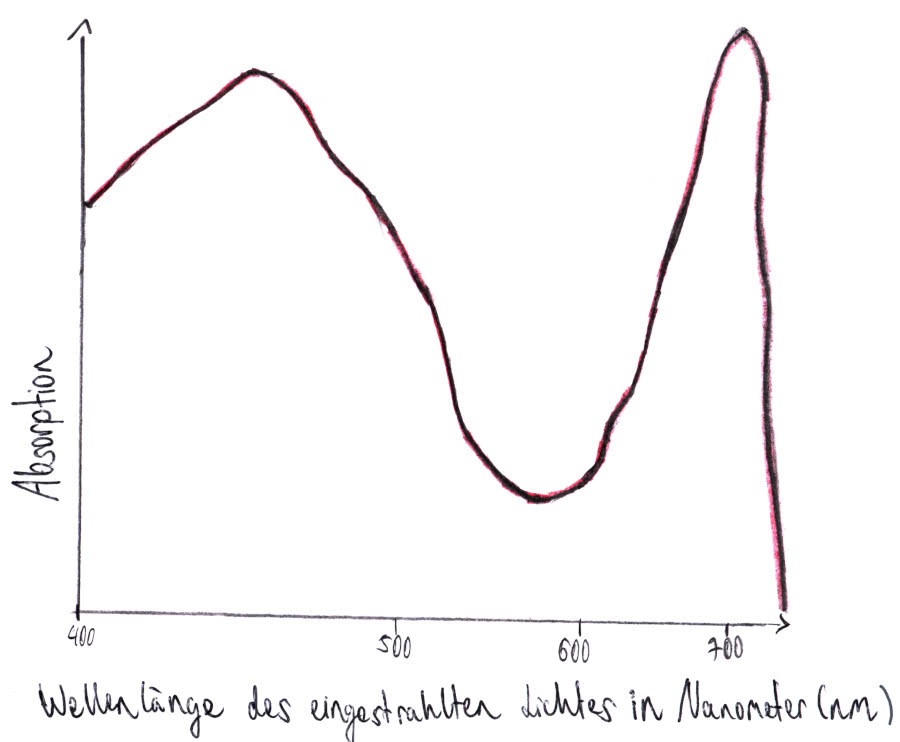 The green color of the plant is provided by chlorophyll a, because it only absorbs the light to a small extent and mainly reflects it. The blue and red light are most strongly absorbed.

The pigment molecule absorbs the light energy with its valence electrons and transports an electron to a higher energy state against the attraction of the atomic nucleus. Because the molecule is excited, the electron cannot stay in this state for long. Each pigment molecule only absorbs the energy of a light of a certain wavelength and the shorter the wavelength, the more energetic the light. The energy of red light is able to excite an a-molecule electron.

This state enables energy to be transferred to a neighboring molecule. Thus, the neighboring molecule is excited and the molecule that transferred the energy falls back to its original state. If the energy is not passed on to a neighboring molecule, it is given off in the form of heat or low-energy fluorescent light. However, due to the design of the photosynthesis apparatus, this is rarely the case. If the red light is followed by a blue light, the second excitation state is reached and when the light falls back to the first excitation level, unusable heat is produced.

What happens in the chlorophyll molecule when light falls on it?

1. In every atom, an electron moves in the 1s orbital (first electron shell) around the atomic nucleus. The atomic nucleus is positively charged and has a strong attraction for the negative electron. In order to remove the electron and overcome the force of attraction, energy would have to be applied. Until this happens, the electron is in the ground state.

2. If light, i.e. a photon, reaches the electron, it also has energy at its disposal. (The amount of energy depends on the wavelength, short-wave light contains more energy than long-wave light). The light energy is transferred to the atom and to the electron (see energy conservation law). 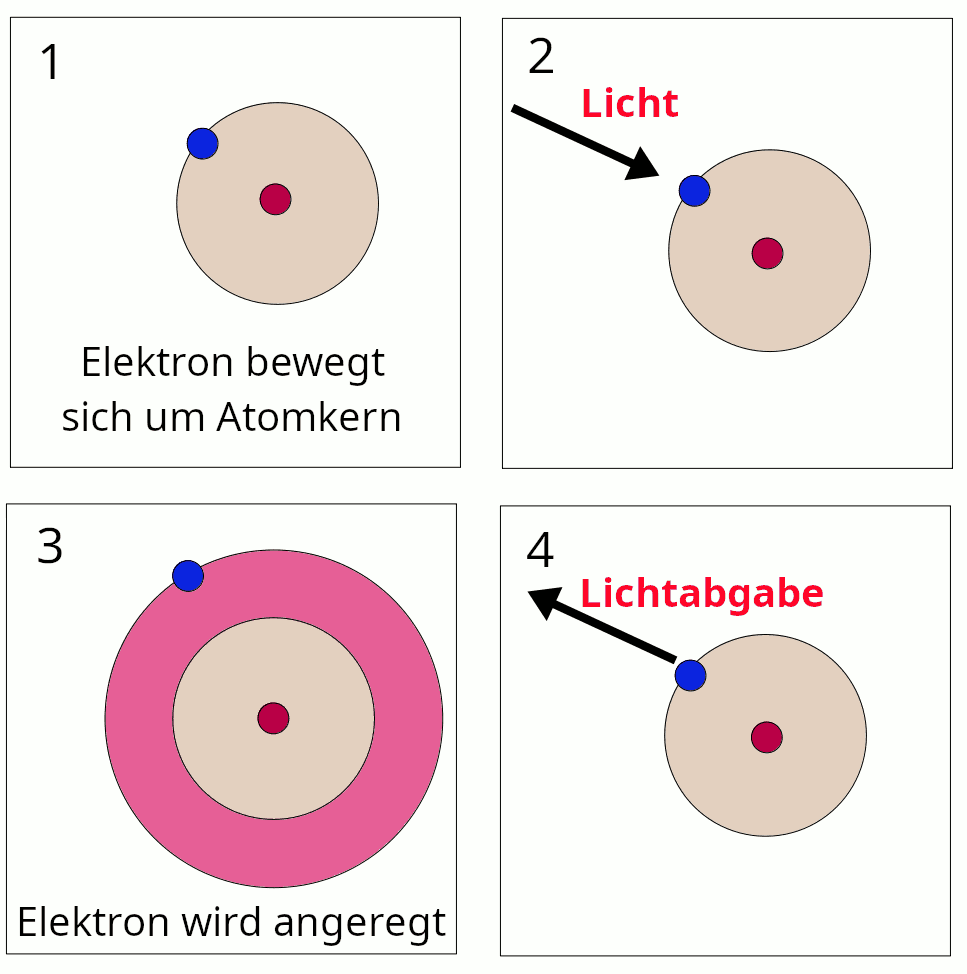 3. The electron now has a larger amount of energy and can move faster and further away from the atomic nucleus!
=> The electron has a higher energy level (= 1st excited state).

4. After a while, the electron falls back to its ground state, normally releasing light energy. In photosynthesis, however, no light energy is emitted, but chemical energy, which is then used in the further course to build energy-rich substances.

Note: The chlorophyll atom initially had a fairly positive redox potential. If an electron is released in photosynthesis, it has a more negative one because it has been oxidized.

General: Excited atoms and molecules are more easily oxidized (by releasing an electron) and are therefore good reducing agents