Basel 2015
Lecture
Future cinema
Can the cinema (the movie theater) find content that makes the cinema necessary?
Which concepts are conceivable? Which room concepts meet the challenges
to which the movie theater will have to adjust in the future?
With subsequent discussion 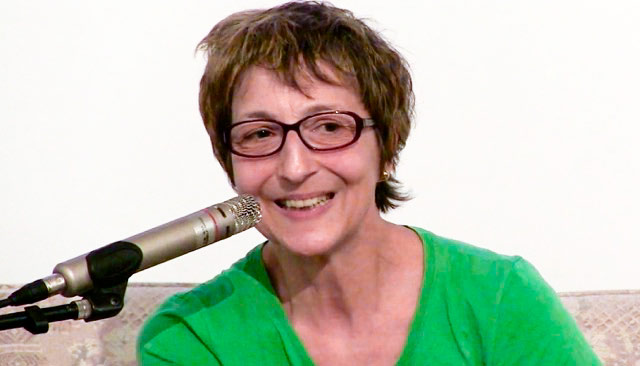 Frankfurt 2015
Themed weekend at the German Film Museum in Frankfurt
CINEMA - A PLACE WITH A FUTURE?
Moderation: Daniela Kloock

The program accompanying the special exhibition FILMTHEATER is dedicated to the future of cinema. Where will we see movies? How does cinema continue to find - and keep - its audience?
Possible future cinema locations, the role of the cinema as a space for shared film experience, the increasing availability of films on the Internet and the effects of digitization on the survival of film heritage and film art are up for debate. Among other things, Stefanie Schulte Strathaus, co-director of the Arsenal Institute for Film and Video Art in Berlin, and Natalie Gravenor, co-partner of EYZ Media and the arthouse-on-demand platform realeyz, will discuss.

Munich 2015
CINEMA OF ART
What does art want from the cinema?
And what does cinema give art?

The second edition of KINO DER KUNST, a worldwide unique event for films by visual artists, aims to think further about cinema and explore new forms of fictional narration.

Basel 2015
Instead of utopia - possibilities of the future
The cinema of the future - urban catalyst or obsolete model?

It is not only the picture (s) worlds that have become mobile that represent the cinema, as in earlier ones
Times so beautiful meant great challenges. How can cinema reposition itself
gain in attraction and importance or even take on completely different forms?

Munich 2013
Museums - the cinemas of the future?
with: Lars Henrik Gass, Alexander Horwath, Walter Grasskamp and Dominik Graf
What does contemporary art want from cinema, and what does cinema expect from art?
Why is Hollywood exhausting itself in series and the auteur film mutating into mainstream,
while the films of contemporary visual artists take galleries and museums by storm?

Baden-Baden 2012
THE FUTURE OF THE CINEMA
A feat of digitization - what comes next? 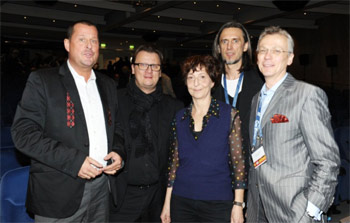 Symposium Berlin, 2012
Cinema of the future
Illuminated are social, economic and
architectural aspects of the “cinema next door”.

Media Congress - MEDIENTAGE MÜNCHEN 2011
Films you can touch - can 3D save the cinema? 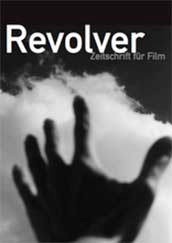 The text by Daniela Kloock The borderless image. Why 3D won't save cinema
in the eDIT FILMMAKER'S MAGAZINE

Berlinale 2010 - New National Gallery
The cinema of the future
Architects, urbanists, sociologists and filmmakers are asked the following questions: What should cinema in cities look like in the future? How can the cinema enliven inner-city communication and contribute to economic attractiveness? What will medialized rooms look like in the future? Which architecture promotes culture, communication and entertainment in urban space?

Academy of Arts, Berlin 2009
Future cinema (II) - digital cinematographies,
Conception and co-organization of the two-day event: Daniela Kloock
The cinema is currently undergoing major changes as a result of digitization. New audience needs but also the dissolution of established art genres lead to a restructuring of cinema and film culture. International guests, filmmakers and art and cultural scholars are invited to take their positions and talk to the audience.

Frankfurt 2009
eDIT 12th Film Maker's Festival
Lecture by Daniela Kloock
Between reinvention and reconsideration.
On the future of cinema and cinema
Program (PDF)

Brandenburg Academy of Sciences, Berlin 2009
NMI 2009: "Media, Computer, Content 2.0"
New media and technologies in the information society
The unbounded image - why 3D will not save the cinema
Lecture by Daniela Kloock
(Program flyer)

Brandenburg Academy of Sciences, Berlin 2008
"Film, computer and television in the name of content 2.0"
NMI 2008 New Media and Technologies in the Information Society
Digital cinema as an experience model of the future - hot or cold?
In the cinema with Marshall McLuhan ...
Lecture by Dr. Daniela Kloock
Conference flyer

Academy of Arts, Berlin 2008
Zukunft Kino (I) - The End of the Reel World
Conception and co-organization of the event: Daniela Kloock
Program download (PDF 64 kb)