Can be taught abstract painting

At the beginning of the twentieth century, a successful artist was synonymous with a figurative artist working in a realistic style. In the western world, artists in this field did not have much choice, as the concept and understanding of art was institutionally deeply anchored in the educational institutions and markets of the time.

From the 17th to the 20th century, academicism or academic art formed the basis of the art world. It was based on universally recognized skills established during the Renaissance. In fact, the culture was so strictly regulated that the choice of motifs was limited to depictions of historical subjects, mythological stories as well as landscapes and portraits. This was an artistic imagery that was understood inside and outside the sacred halls of elitist art institutions and that therefore enjoyed general popularity.

The art world saw a number of significant changes in the 20th century, including the emergence of abstract painting, which radically changed the perception, exploration, and experience of art. The industrial revolution of the 18th and 19th centuries laid the foundation for this development as mobility, commodity production and technology made rapid advances between 1760 and 1850. The transition from an agricultural to an industrialized society prompted artists to rethink their everyday lives - and thus also what kind of art they wanted to create.


In some cases, this radical development led to art being consumed and valued by a broader segment of the population. In other cases it resulted in an increasing exclusivity of the visual arts, which thereby moved further than ever from popular culture. The artistic movements of Romanticism (early nineteenth century) and Impressionism (late nineteenth century) created the basis for this by softening traditional ideas about painting and representation. This enabled later art movements such as Fauvism (approx. 1905-1908), Cubism (1907-1920s), Expressionism (1905-1933) and Futurism (1909-1920s) to take the step towards pure abstraction - which in turn made painting suitable for consumption and understanding increasingly withdrawn from the masses. 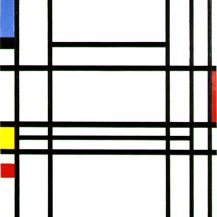 Composition 10 | © Piet Mondrian, Wikipedia, edited, CC0-1.0Wassily Kandinsky is widely regarded as the first purely abstract painter: he created groundbreaking works in the 1910s and 1920s. In the decades that followed, artists such as Piet Mondrian, Kazimir Malevich and Joan Miró pushed abstraction forward in their sphere of activity and together with their contemporaries, which led to breaks in the cultural definition of painting. In 1913, the Americans had under the Armory Show in New York City for the first time the opportunity to see the latest abstract art from Europe. The result was a general rejection of abstract works, as they were too far removed from the values ​​and ideals of the population.

After the Second World War, the USA finally became the center of the art world. Abstract Expressionism (1940s-1950s) was the dominant art movement and Jackson Pollock was hailed as the most important artist of his time. His Drip Paintings dealt the fatal blow to academic art and heralded postmodernism - and with it an identity crisis in the art world.

While abstract expressionism and minimalism (1960s) distanced art further from the masses, pop art (1950s-1970s) tried to turn the tables: it displayed objects and motifs of mass culture within the same elitist structures that painting is increasingly becoming alienated from the masses. Andy Warhol's portraits of soup cans exemplify this concept of mass culture that infiltrated the world of high art. At the end of the 20th century, the art world adapted accordingly. Many of these narratives were broken and a more pluralistic image of art prevailed, delimiting the boundaries between "Low Art" (Works that appeal to the masses or have a utility) and "High art" (a vocabulary of the cultural elite, the wealthy and the educated) continued to blur. The history of painting in the twentieth century can be summed up as follows: classic connotations were challenged, new definitions were established, and in the end two cultures blended. 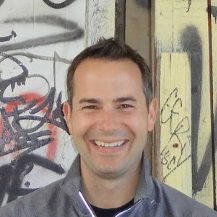 G. James Daichendt is Professor of Art History and Dean of the Faculty of Arts at Point Loma Nazarene University in San Diego. He writes art reviews for the San Diego Union-Tribune, KCET Artbound, Art scene, and LA Weekly. He is also the editor-in-chief of the academic journal Visual Inquiry: Learning and Teaching Art and wrote six books: The Urban Canvas: Street Around the World; Kenny Scharf: In Absence of Myth; Shepard Fairey Inc., Artist / Professional / Vandal; Stay up! Los Angeles Street Art; Artist-Teacher: A Philosophy for Creating and Teaching and Artist Scholar: Reflections on Writing and Research. James Daichendt studied at Harvard and Boston and received his PhD from Columbia University.