What is the polymer of PMMA

At first glance, plexiglass cannot be distinguished from real glass, it is almost more transparent than glass, but in contrast to glass, it lets through less UV light. Plexiglass is also unbreakable, which is probably its biggest advantage over real glass. Like any thermoplastic, Plexiglas can also be heated and then deformed, which enables many applications such as curved windshields for cars. With special additives, the properties of Plexiglas can be adapted to the respective needs, for example it can be colored very easily. In addition, Plexiglas can be processed in a similar way to a thermoset. A disadvantage compared to real glass is the sensitivity of plexiglass to certain organic solvents, especially acetone and benzene easily attack plexiglass.

Plexiglas is used almost everywhere, a list on this website would be too complex; In the Wikipedia article, however, there is a very detailed overview of the areas of application of Plexiglas.

The material can be designed in any way, can be brought into any shape and can be easily processed. Its transparency makes it a popular material - for glasses and cladding in the automotive industry as well as for illuminated advertising, souvenirs or trophies. The surface can be individualized, for example, by laser engraving or printing. In most cases, aquariums are made of plexiglass and the stable glass substitute is also often used in zoos. But Plexiglas is also used in medicine, for example for dental prostheses, as an artificial lens or for components of hearing aids. As I said, the areas of application are broad.

Here are a few more examples of using Plexiglas:

Plexiglass was developed in the 30s of the last century. Plexiglas has been produced on an industrial scale since 1933.

Polymethyl methacrylate is produced from the monomer methyl methacrylate by radical polymerization. The synthesis of this monomer is the subject of many high school textbooks in chemistry, based on the motto "From petroleum to Plexiglas"; I also follow this path in my own chemistry class at upper secondary level.

In the usual school experiment "Production of Plexiglas", dibenzoyl peroxide is mostly used as a starter. 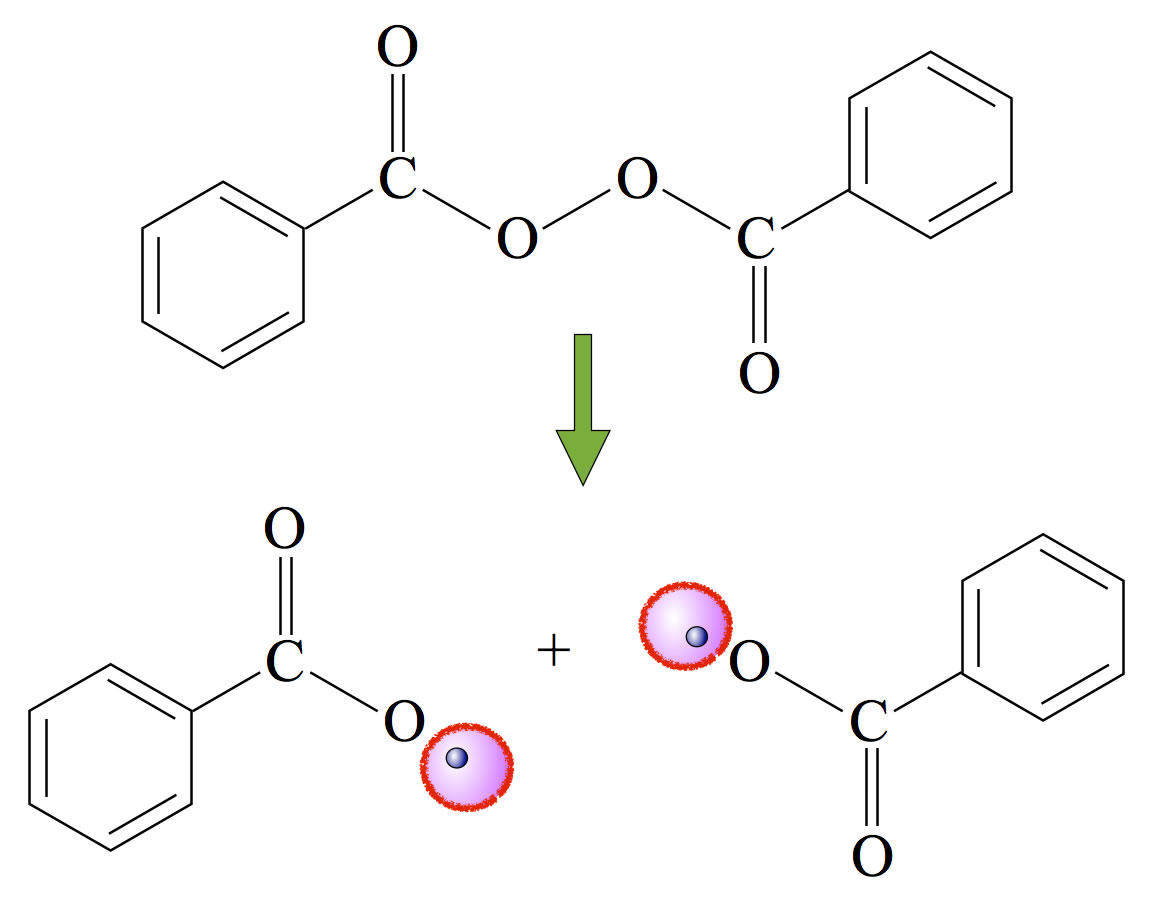 In the initial reaction, the dibenzoyl peroxide molecule disintegrates homolytically into two benzoyloxy radicals through gentle heating or exposure to light. The singly occupied spherical clouds (orbitals) of the two radicals are particularly emphasized here.

In a second step, the benzoyloxy radicals split one CO each2Molecule, and phenyl radicals are formed:

These phenyl radicals now act as starters of the plexiglass synthesis. 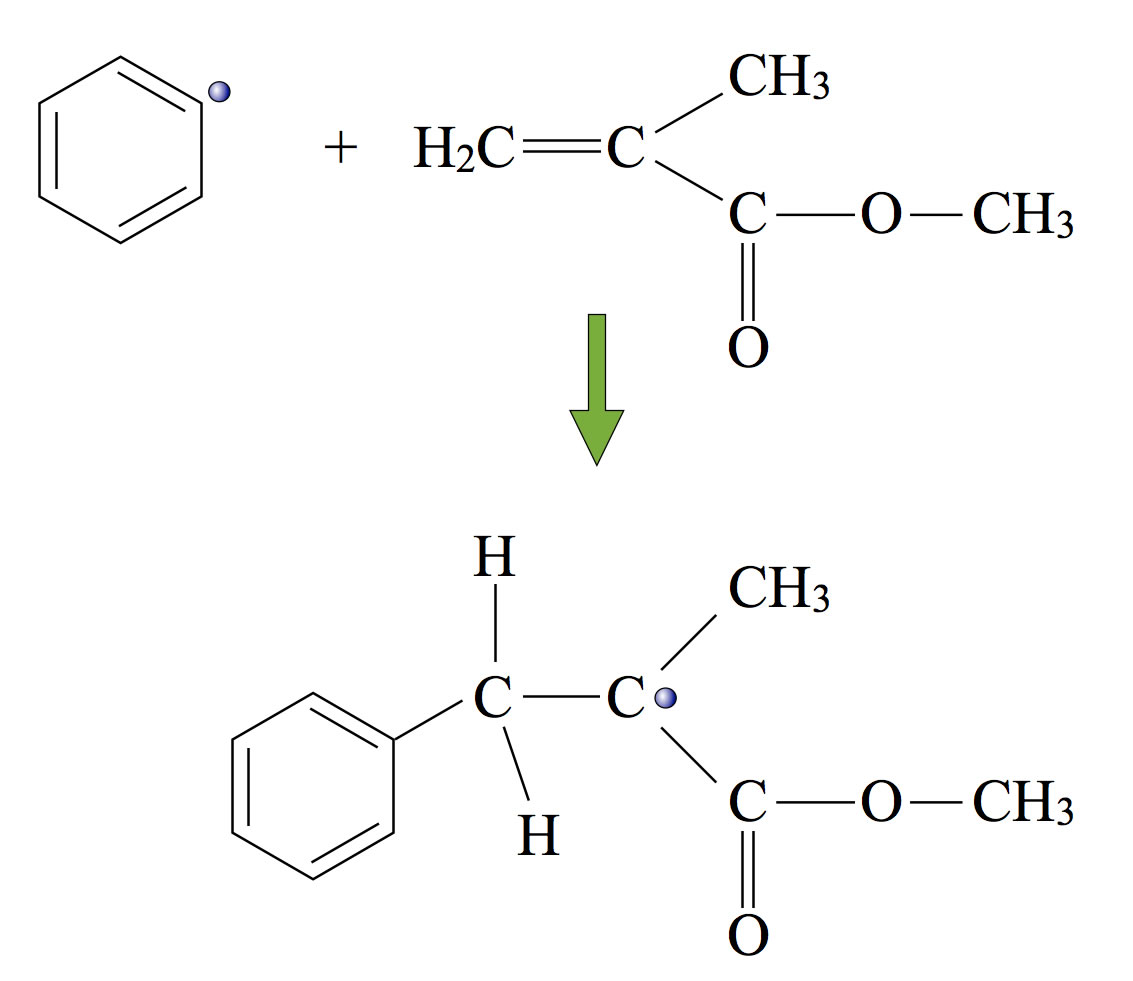 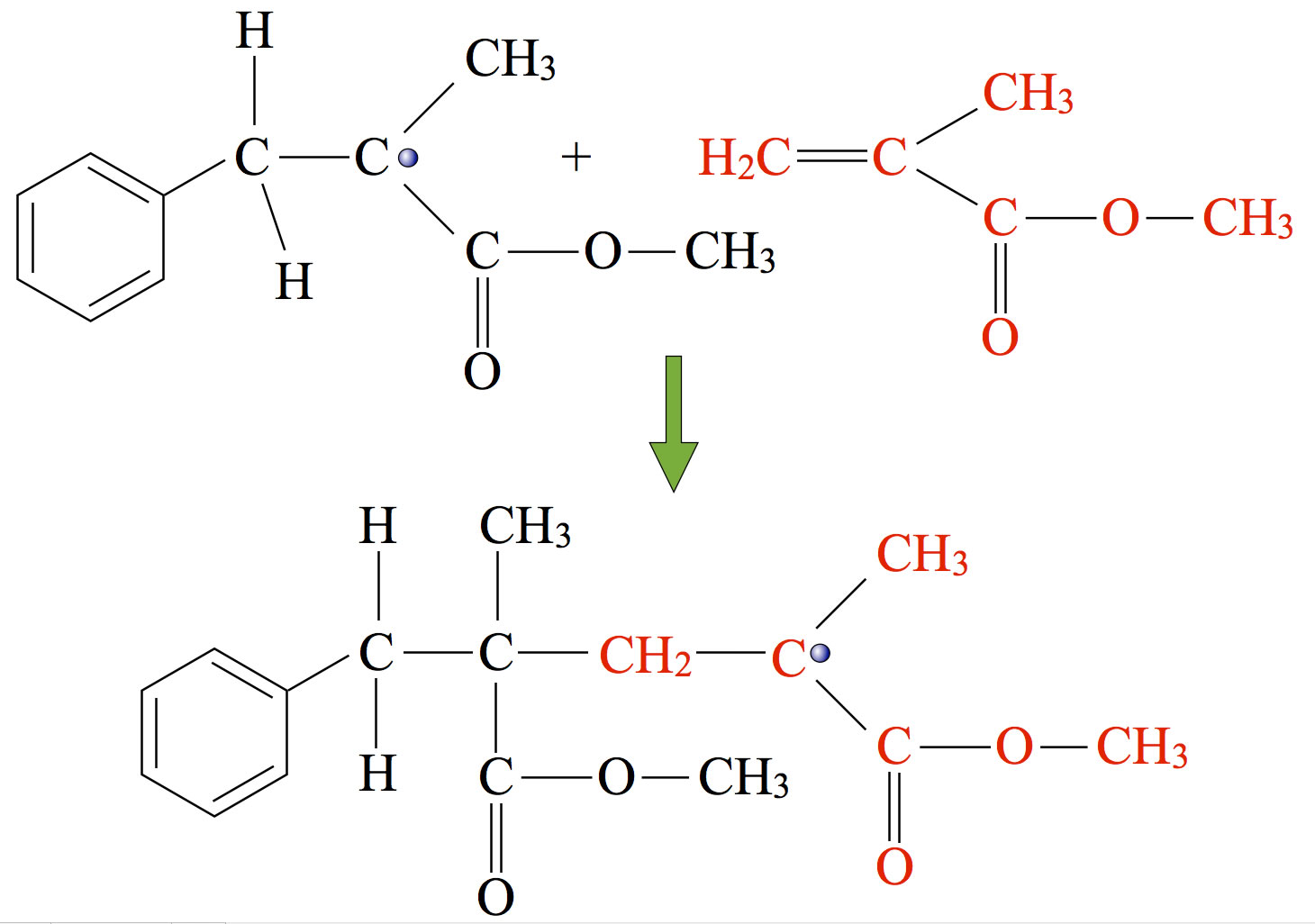 According to this principle, the polymer chain now grows step by step until the chain is broken. The speed of the chain growth is very high, there are about 5000 to 20,000 growth steps per second.

As with any radical polymerization, chain termination can occur if one of the three conditions is met: