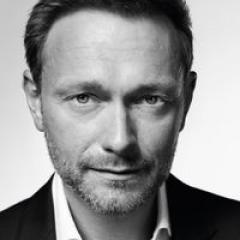 Recently something could be observed in political Berlin that had not been seen for a very long time: reform proposals by the CDU for pension policy. A paper with mind games by a working group found its way into the press. Unfortunately, some of the core demands could have been found in a document from the SPD, the Greens or even the Left Party. Hard to believe? But that's how it is. Compulsory membership in the statutory pension insurance for everyone; Extension of the obligation to contribute to all income; Increase, if not omission, of the assessment ceiling or a new, solely employer-financed mandatory subsidy to the statutory pension for employees with lower incomes. All demands that Dietmar Bartsch, Saskia Esken and Robert Habeck also make sense.

Too many in the Union are apparently caught up in a mistake of reasoning that the SPD, the Greens and the Left are fervently cultivating: if the number of pensioners was increased somehow, everything would be fine, as if by magic. That is simply wrong. The expansion of the contributors to the pension system does not solve a demographic problem. If not for the experts of the CDU, milkmaids and milk boys, the bill is immediately apparent: More depositors also mean more recipients. If, in addition, well-functioning, funded pension schemes for the liberal professions were to be wound up, this would even exacerbate the problem - a completely wrong approach. If, on the other hand, payments into the statutory pension system are no longer countered with claims, this would very likely be rightly unconstitutional. Above all, however, this attack on the principle of equivalence would also be deeply unfair.

Now the suggestions could be dismissed as an irrelevant collection of ideas by a working group. But nobody should be mistaken: the current governing coalition - as in the previous legislative period - put together a pension package that was crammed with billions and billions that the state does not have at all. The Union has not only shown no pension policy backbone vis-à-vis the SPD, the proposals often even came from itself, especially from Bavaria. Large parts of the demographic stabilization policy of the 2000s were effectively reversed, even though they were once decided in a cross-party consensus.

Black-green would make things even worse, because in social policy, unfortunately, the Greens are usually almost indistinguishable from the SPD or the Left. They all act like guests who get up from the table in a restaurant to leave the bill for the next guest. The latest example of a pension policy that no longer thinks about tomorrow is the irresponsible suspension of the so-called catch-up factor in pensions by the Union and the SPD. This should ensure that wages and pensions move in lockstep over the long term, even in times of crisis, and that burdens are distributed fairly between the generations. Now that this question is becoming acute, we Free Democrats have applied for the re-introduction of the catch-up factor in the Bundestag - this has now been rejected by all the other parliamentary groups in the Committee on Labor and Social Affairs.

What is fatal is that this policy represents one of the greatest hurdles if we have to set ourselves in the next decade to overcome the unprecedented economic consequences of Corona. The baby boomers will retire from 2025, so demography is already putting the finances of the pension insurance under pressure. And government policies are actively undermining its foundations. According to calculations by a representative of the government's own pension commission, the coalition's pension package, which the Greens also supported, would require an additional 80 billion euros in 2035. Year for year! And due to the political decisions of recent years, the pension contribution is already around one contribution rate point higher than it should. That is around 12 billion euros in additional costs per year, which put a strain on the labor factor in Germany - and which low-wage earners in particular are painfully lacking in terms of income or for a funded old-age provision. The alleged promise of a maximum of 40 percent social security contributions can never be kept in this way.

But it is still not entirely too late for a modern pension policy that combines an adequate life in retirement, the targeted fight against old-age poverty and financial sustainability. There is still a small window of time in which reforms to secure the future are possible without acute financial hardships leading to hard, rapid and thus possibly unjust cuts. What should happen The central task must be that politicians finally no longer decide when people will retire. The rigid retirement age is an invention of Bismarck, and he has been dead for 122 years. Instead, we need a flexible retirement based on the Swedish model. On the one hand, this ensures more financial stability, because the system there, including self-determination about retirement and the uncomplicated combination of (partial) pensions and gainful employment in old age, means that people actually stay longer in the job. In Sweden they even retire later than in the rest of Europe. On the other hand, a really flexible retirement also fits in with more diverse résumés. That is exactly what we propose for Germany.

In addition to this central adjustment screw, in view of the demographics, German old-age provision must also make much more intensive use of the opportunities offered by funded provision. It has to become simpler, more consumer-friendly and, above all, more equity-oriented. Other countries with demographically fixed pension systems, for example the Netherlands, Switzerland or Sweden, are going exactly this way for good reasons. For example, with an old-age provision custody account without a tight insurance cover, we would finally make headway here. There you could combine the best of the Riester pension (allowance promotion), Rürup pension (tax incentives) and the American 401k (flexibility and return opportunities). If we then also enable people who want to switch back and forth between employment, self-employment and founding a company to be able to take their respective pension entitlements with them from all types of provision without complications, we will create a real modular system for the pension.

Ultimately, we must tackle poverty in old age in a targeted manner once and for all. This succeeds with our proposal of the basic pension, which, unlike the fraudulent labeling of the so-called “basic pension”, really pulls those people out of the basic security who do not have more than this in old age, although they have worked and paid up. Those who courageously turn these three screws will ensure higher income in old age and at the same time guarantee a sustainable pension contribution rate - and thus a pension system that all generations can rely on. The Free Democrats believe in this and do not want to give up hope for allies. Even if the CDU is currently not making this easy for a liberal.