Was Delaware ever actually a colony?

History Reloaded - What history teaches us 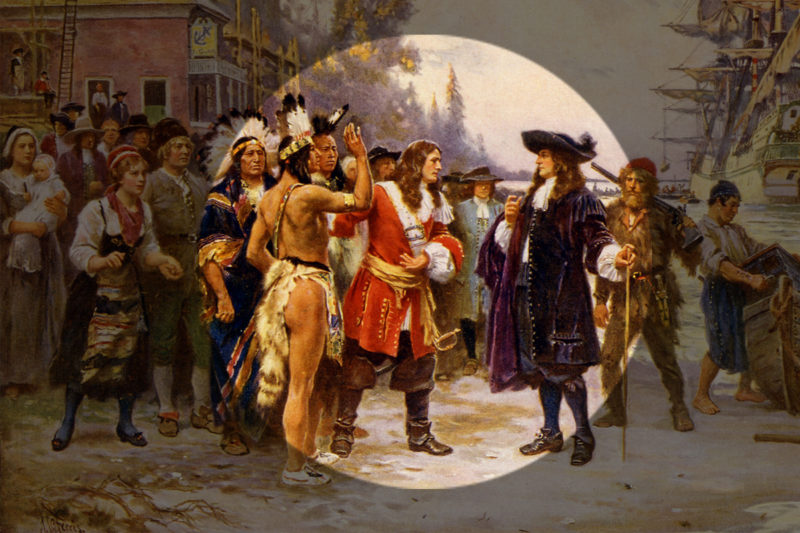 William Penn (1644-1718) is enthroned as the upright patriarch at the top of Philadelphia City Hall. To this day he is revered as one of the founders of the state named after him or even as a visionary of the modern USA. His death is 300 years old these days.

In fact, William Penn stayed in the United States only twice in his life and only for a few years. After his second stay, he was immensely disappointed in the settlement named after him. Penn was inspired by the utopia of a free country with equal rights for everyone, including indigenous people, but not for blacks. But Pennsylvania, like all colonial states, developed into a community that was politically corrupt by today's standards.

Coming from a wealthy seafaring family, Penn belonged to the Quaker sect movement. He and his family suffered from the harassment of the authorities, who refused to allow other faiths than the ruling one - Protestant. The Anglican crown under Charles II tolerated no religious dissidence, the Quakers were considered a fundamentalist sect, as bad as the Catholics. Penn ended up in the Tower, later in Newgate Prison.

Eventually he came under a kind of house arrest where he had time to think about a better world. He outlined a utopian vision of an ideal state of equality and brotherhood, which he wanted to implement as a "sacred experiment" in the new colonies. Penn described the future contours of a close confederation in America. Europe, too, should become a single community, including Russia.

As was so often the case in those times, fortune quickly changed for Her Majesty's subjects: Penn came to an unimaginably vast stretch of land that encompasses the present-day states of Pennsylvania and Delaware. Because William Penn's wealthy father was a believer in the cheerful King Charles II. Since the latter saw no reason to ever pay his debts, son William was able to take over the vast stretch of land that now includes the states of Pennsylvania and Delaware. This served Charles II twice: a little less debt, and the Quakers were deported. The deal went through without Penn ever being in the US. But he issued a kind of basic law for the settlers in England. It was based on absolute tolerance for the Europeans and the First Nations, who at that time were of course not yet called that: "He was striving for a peaceful coexistence of all people living there," writes the editor Jürgen Overhoff in the introduction to the newly published edition of William Penn's collection of ideas «Fruits of Solitude».

In 1682 he traveled to America for the first time to inspect his lands. He believed that he had sown "the seeds of a nation". After two years, he went back to his wife and children to get them. But it would be 15 years before he came back to America. During this time, Pennsylvania changed fundamentally. The colony became as corrupt as any other in the continent newly settled by the Europeans.

Penn died bitterly after being imprisoned in London guilty prison. He was the victim of a deceiver whom he saw through too late: he believed too much in the good in people.

Penn's idealistic ideas were unusual at the time, but not quite as unique as one might think. The philosophical enlightener John Locke belonged to the same generation and had a much greater effect in the spiritual world. In addition, utopian ideals for the New World were widespread at that time: Even the adventurer and landowner Humphrey Gilbert, a generation older, more of a warrior than a philosopher, imagined a kind of democracy in America that was denied the subjects of the crown for a long time.