"Problems come with age": This wisdom does not have to apply across the board to all seniors, because those who eat healthily and exercise a lot - and not just in old age - generally have fewer health problems to contend with. However, only a few older people are lucky enough to be completely free of restrictions. For example, a well-known phenomenon is iron deficiency, which often occurs in the elderly.

Iron deficiency in old age - more a matter of circumstances

Iron deficiency can result from poor nutrition in old age. Many seniors have a relatively low-nutrient diet and, often due to chewing problems, avoid meat in particular. This means that the so-called 2-valent heme iron, which can be easily absorbed, is not available in sufficient quantities for many elderly people. Avoiding meat due to chewing problems is understandable, but in the simplest case could be compensated for by changing eating habits. Unfortunately, older people are often hostile to changes in such eating habits, following the motto: what the farmer does not know, he does not eat.

Iron deficiency in the third phase of life is not always due to poor nutrition or a lack of nutrients. The cause can also be pathological changes in the gastrointestinal tract that hinder adequate iron absorption. An iron deficiency is almost a warning signal for possible internal bleeding, which should be clarified by the doctor. Ulcers in the stomach, intestines and esophagus can be triggers, as can hemorrhoids, inflammatory bowel disease or the use of blood-thinning medication such as aspirin. The resulting iron deficiency anemia can then make one feel limp, dizzy, and confused. Often, iron deficiency symptoms such as shortness of breath and the well-known phenomenon 'I go black in front of my eyes' also appear in older patients.

Iron deficiency is still underestimated in the elderly

Although healthy older people do not have an increased need for iron, the risk of inadequate nutrition is higher in older people than in younger adults.
Reasons for this can be physical, social or emotional problems such as a lack of appetite and chewing problems or restrictions in purchasing, preparing or consuming an adequate diet.

Against the following background, it is assumed that the incidence of iron deficiency in the elderly is underestimated

In any case, for the reasons mentioned above, iron deficiency with and without anemia in old age is a symptom that should definitely be the reason for a careful clarification of the cause (s). Typical findings during endoscopy (colonoscopy) can be, for example, angiodysplasias (ancient Greek: "pathological vascular deformations") especially in the large intestine, tumors, diaphragmatic hernia, "watermelon" stomach or stomach ulcers / inflammations, all of which lead to acute or chronic blood (= iron ) losses in the gastrointestinal tract. 31

A severe iron deficiency with anemia is often less tolerated by the elderly than by young, mostly healthy patients. The reduced immune function due to iron deficiency seems to be of particular importance here. It is not uncommon for an iron deficiency to worsen the symptoms of an underlying disease. In the case of poor heart function, for example, even moderate iron deficiency can trigger serious complications. 31 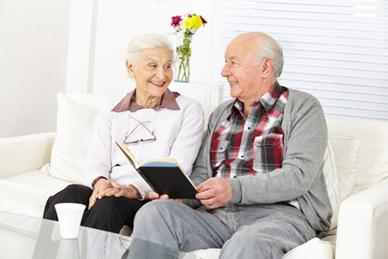 If a full or even balanced diet cannot be guaranteed in the long term for an elderly patient, vitamins and minerals should also be taken medically. However, one should never take nutritional supplements at one's own discretion for a variety of reasons. It is essential that nutritional supplements are tailored to actual needs. For this, a clarification with the doctor is always necessary. For example, many of the over-the-counter nutritional supplements on the market today are dosed far too low, others too high, and according to the latest scientific findings, some are ineffective or even hazardous to health.

If you have an iron deficiency, you should use iron supplements recommended or prescribed by your doctor.

If deficiencies occur at the same time, e.g. in folic acid and vitamin B12, the use of micronutrient combinations can also make sense. It is fundamentally important that Combination preparations contain no minerals that compete with iron for absorption in the intestine. 1

If iron deficiency anemia is diagnosed, oral iron therapy should be started at the same time as a diagnostic work-up. If an underlying disease is found, curing the underlying disease usually also solves the iron problem. In the event of severe acute blood loss, iron infusions or blood transfusions may even be required. 9