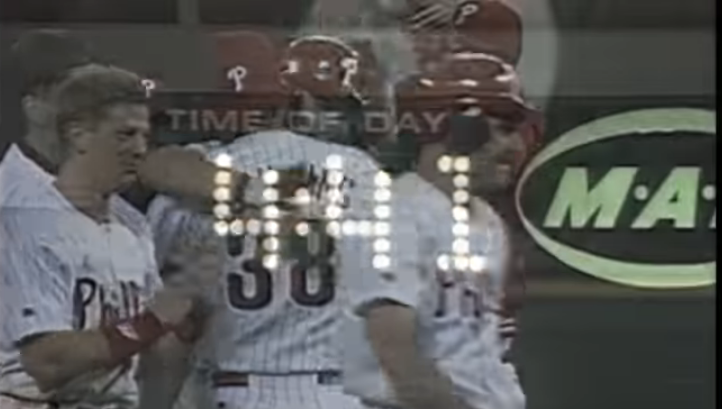 A man, his dad, and a radio

The connection between baseball and memory is stronger than we realize, especially when family is involved. Whether as a fan, participant, or both, remembering those special times and moments only adds to our love and appreciation of the game.

It’s the mid-1960’s and I’m standing out in center field, playing softball during gym class. A hard-hit line drive comes my way. Expecting it to get past me, I turn to the left and head to the ball’s anticipated landing spot. But at some point I think, “I might be able to catch this.” Sure enough with no glove, my hands just wrapped around the ball.

My dad and I, watching a Phillies game at Veteran’s Stadium. The windbag in front of us is droning on and on, trying to show off his baseball knowledge. “And,” he says, “You never trade a guy who plays every day for a pitcher.”

It took me only a matter of seconds for our response. “How about Don Demeter for Jim Bunning?” That shut him up. For about two minutes.

My fondest Phillies memory is another father-son moment. This one is all wrapped up in the famous Phillies-Padres game of July 2, 1993. You know, the game that ended at 4:41 am on a Saturday morning? I was there that night, and morning. Well… let me explain.

My buddy Bob and I were there. It was a scheduled twi-night doubleheader with fireworks planned between the two games. First some logistics, and then I’ll continue.

Bob and I were co-workers in Lewisburg, PA, about 60 miles north of Harrisburg. Bob had gone to Easton that weekend to see his family. I went to Wilmington, Delaware to see my folks. Bob and I then got together at the Vet.

As many of you know, there were three rain delays in Game One, averaging nearly two hours each. That opener ended a little after 1:00 am with the Padres winning 5-2 as Fred McGriff blasted a clinching two-run homer in the top of the 8th off Mike Williams. Bob had left already by that point, facing a 90-minute drive back to Easton. I stuck around.

Perhaps the most surreal part of the night (day?) occurred at Game One’s end. The Phillies announcer Dan Baker came over the PA system and, with no irony in his voice, no laughter, not a chuckle, he said, “Game number two will begin in 20 minutes.” Good Lord, it’s already 1:00 in the morning!

There were about a thousand of us remaining in the ballpark and the stadium ushers didn’t care where you sat. I grabbed a seat several rows behind home plate, just to the right of the protective screen.

That second game started out awful. Before long the Phillies were down 5-0. And so, I left. Couldn’t tell you what inning. Heading to Wilmington with the game on the radio, I hear the Phillies’ Ricky Jordan hit a home run and, before you know it, our Fightin’ Phils are right back in it.

Forty-five minutes after leaving the Vet, I pull up to my parents’ house and walk in the door.

“Steve, what are you doing here?” It’s my dad and it’s the middle of the night (morning?) Both of my parents were late-nighters, so it wasn’t very surprising that my dad was still up and listening to the game. Since he and I never left games early, he was surprised to see me.

I sat down at the dining room table with him, told him what had happened, and there we sat. Why wouldn’t we? There was a ball game on the radio, and it was a good one. I’m sure we talked, but I don’t remember anything we said. I may have grabbed a bite to eat, but I don’t remember.

Meanwhile the Phillies kept battling and tied the game in the 8th inning. No one scored in the 9th inning, and now it was really getting weird. It was now after 4:00 in the morning and we’re going extra innings. You’ve probably read how it ended. Mitch Williams slapped a 10th inning opposite-field RBI single off future Hall of Famer closer Trevor Hoffman, scoring Pete Incaviglia to give the Phillies a rousing walkoff 6-5 victory.

My dad and I smiled to ourselves, did the usual “All right!” and “Way to go!” after a Phillies win, and then finally called it a night.

Years later it occurred to me how special that time was, sitting up into the early hours of the morning, listening to a ballgame with my father. He and I were reasonably close, although not Lifetime-movie close. We went to lots of games in every sport. My dad made sure that I knew how to catch and throw a ball, although he couldn’t make into a good hitter.

The last time I saw him was October 8, 1995, one week before he died. I had come home to see Delaware play Youngstown State in a college football game. Delaware won that day as my dad and I cheered them on together in our final sports memory together. 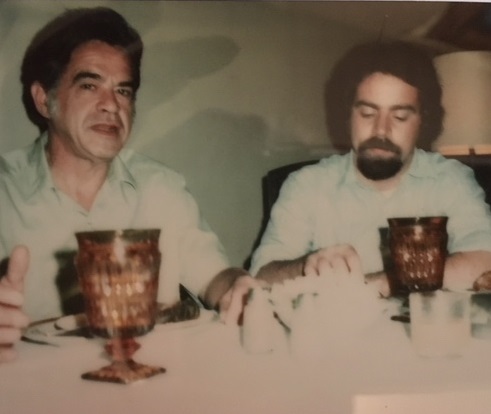 A Phillies fan since 1960, I've seen the Phillies win at Connie Mack Stadium, the Vet, and Citizens Bank Park. I survived 1964, and rejoiced in 1980 and 2008. Came to Wilmington, DE as a young child when my dad started at the Philadelphia Bulletin. He took the train every day. Today I live in Sunbury, PA, about three hours from Philly. I still manage to get down for a few games, and have also seen the Phillies in Washington, Baltimore, and Pittsburgh. There've been a lot of ups and too many downs. Like Jerry Seinfeld says, "Eventually you realize you're just rooting for laundry." As long as that laundry has red pinstripes and says Phillies across the chest, I'll keep rooting. View all posts by Steve Kusheloff