The Philadelphia Phillies (46-42) exploded for five runs in the top of the 9th inning to pull away from the host New York Mets (39-49) for a 7-2 victory on Friday night.

With the win, the Phillies once again find themselves in control of an NL Wildcard playoff slot.
The victory was a sixth straight for the Phillies over their division rivals. By winning just two of the remaining eight games between the two teams this season, the Phillies will capture the season series between them for the first time since 2011.
It is possible that those two wins could come with the final two games in this weekend series at Citi Field. The first of those comes with Saturday night’s contest pitting veteran right-hander Jake Arrieta against the Mets golden-maned ‘Thor’, right-hander Noah Syndergaard.
The host Mets have dropped nine of their last 11 contests and have not enjoyed a winning record since sitting at 16-15 all the way back on May 2. Despite their fourth place standing, the Mets generally are a tough opponent. They have lost 22 games by just one or two runs, and have been the victims of a half-dozen walkoff defeats.

While we certainly are no fan of the New York Mets, I think we can all get behind a cause such as fighting hunger. Check the team Twitter feed here for a way you can donate.
View image on Twitter 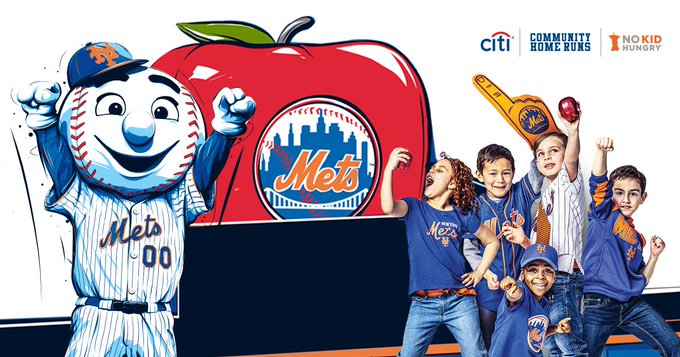 We’re sharing the field with @Citibank & @nokidhungry to help #ShareSummer with kids in NYC. Stop by the Share Summer activation at @CitiField before the game today or text CITI to 877-877 to make a donation that will make sure more kids get the food they need.