Phillies hope to turn it around against last-place Miami Marlins

Derek Jeter is trying to turn around the Marlins fortunes

The Miami Marlins (27-46) carry the worst record in the National League, third-worst in all of baseball, and the second-lowest scoring offense in Major League Baseball in to Citizens Bank Park this weekend.

On the face, the Fish would appear to be the perfect opponents for the staggering Philadelphia Phillies (39-35), who are trying to snap a four-game losing streak as the series opens.
But while the Marlins attack has indeed been anemic, ranking at or near the bottom of nearly every offensive category you could imagine, their pitching has been just the opposite.
Miami pitching has been among the best in the National League all season. Marlins pitchers have allowed the third-lowest batting average against in the league this season. They are tied for the third-fewest home runs allowed.
None of that seems welcoming to the Phillies, whose hitters have struggled to consistently produce runs for weeks now. While Citizens Bank Park is normally considered a hitter’s haven, that may not prove the case this weekend.
One thing is certain, the Phillies desperately need to get back to winning series. They could really use a series sweep. To accomplish that, those bats are going to have to wake up and begin producing runs. This weekend would be a great time to do so in front of home crowds that are beginning to grow restless.

Garrett Cooper: 28-year-old who splits time between first base and right field is slashing .313/.385/.496 with six homers, 11 extra-base hits, and 21 RBIs over just 148 plate appearances.
Miguel Rojas: 30-year-old, six-year veteran shortstop is hitting .275 with 15 doubles and leads the team with five steals.
Harold Ramirez: a 24-year-old rookie who has played all across the outfield and is hitting .316 with 10 extra-base hits over the first 139 plate appearances of his big-league career.
Brian Anderson: tied with Alfaro for the club lead with nine homers, his 32 RBIs and 23 extra-base hits both lead the team.
Starlin Castro: 29-year-old second baseman is second on the club with 30 RBIs.
Jorge Alfaro: the former Phillies catcher is tied for the team lead with nine homers, and his 27 RBIs are third. However, he has just been placed on the IL under the seven-day concussion protocol and will miss the series.

Bullpen righties: one of the primary reasons that the Marlins pitching stats are so strong has been the work of four key right-handers coming out of the bullpen. Sergio Romo, a 36-year-old veteran, has filled the closer role. He has 13 saves and has allowed 24 hits over 27.1 innings.
Romo has combined with a trio of 27-28 year-old relievers in Nick Anderson, Tayron Guerrero, and Austin Brice to produce the following cumulative numbers: 98 hits (14 homers) allowed over 115.2 IP with a 130/59 K:BB ratio. While those numbers may not be completely shutdown quality, they are strong enough to present a challenge to the Phillies hitters at the end of each game. 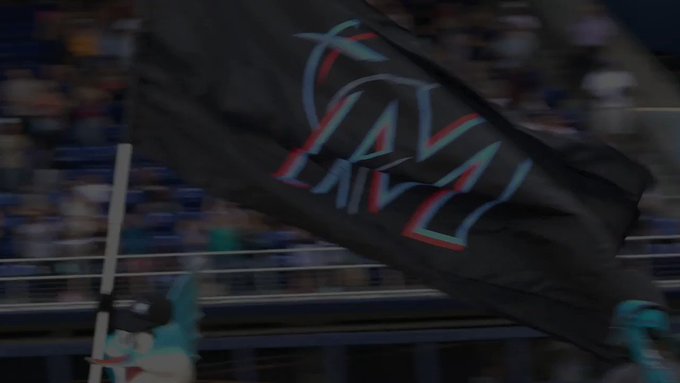 Don Mattingly is a New York Yankees legend who played his entire 14-year big-league career in the Bronx. As a ballplayer he was one of the top players of the second half of the 1980’s. He was the 1985 AL MVP and runner-up for the award the following year. Mattingly made six consecutive AL All-Star teams as a first baseman from 1984-89, and won nine AL Gold Glove Awards at the position. He also won three straight Silver Sluggers 1985-87.
Mattingly is noted for having the longest tenured career as a Yankees player without ever appearing in a World Series. The club reached the Fall Classic in the year prior to his arrival (1981), and then also in 1996, the season after he retired.
After several seasons as a special instructor at Yankees spring training, Mattingly was hired as the Yankees hitting coach for the 2004 campaign and served in that role for three years. Included in that run was his first 2004 season, during which the club produced a franchise-record 242 home runs.
In 2007, Mattingly became the Yankees bench coach and was a finalist for their managerial position after that season to succeed Joe Torre. The job went instead to his former teammate, Joe Girardi.
Mattingly left the Yankees to become the hitting coach for the Los Angeles Dodgers for the 2008 season. He finally received his first managerial opportunity when he succeeded Torre as the Dodgers skipper in 2011. Mattingly’s squads in LA went a combined 446-363 over five seasons, winning the NL West in his last three years from 2013-15. When the team was eliminated in the playoffs for a third straight year, he and the club agreed to mutually part ways.
Mattingly wasn’t unemployed for long. The Marlins scooped him up quickly, and he has put together a 246-311 cumulative record in now his fourth season at the helm in Miami. He has not registered a winning campaign yet with the Fish, who suffered through the death of star pitcher Jose Fernandez at the end of his first season and then saw ownership and management trade off a number of star players including Giancarlo Stanton and Christian Yelich.

Hallelujah! After a horrendous weather week (among other things) in Washington, the Phillies return home to great weather for baseball. All three games this weekend will be rain-free with virtually no chance of precipitation.
On Friday night, temps will be in the low-mid-60’s. However, brisk windy conditions will make it feel cooler. It’s a jacket night, maybe even a heavier jacket night, especially after sundown at Citizens Bank Park.
Saturday and Sunday afternoons will be mostly sunny with high’s in the low-80’s, moderate humidity, and light winds. Nearly perfect baseball conditions.
Forecast from The Weather Channel
Originally published at Phillies Nation as “Phillies series opposition preview: Miami Marlins“
Advertisements