Jim Bunning was one of baseball’s all-time greatest pitchers. The former Detroit Tigers and Philadelphia Phillies star passed away today at age 85.
In 1996, Bunning was elected to the Baseball Hall of Fame by the Veterans Committee. He won 224 games during his big league career, and was the first to win more than 100 games in the National and American Leagues. The right-hander was also the first to strikeout over 1,000 batters in both.
He also pitched a no-hitter in both leagues. With the Phillies in 1964, he tossed the seventh Perfect Game in Major League Baseball history. It came at Shea Stadium against the host New York Mets. He was the father of seven children at the time.
View image on Twitter 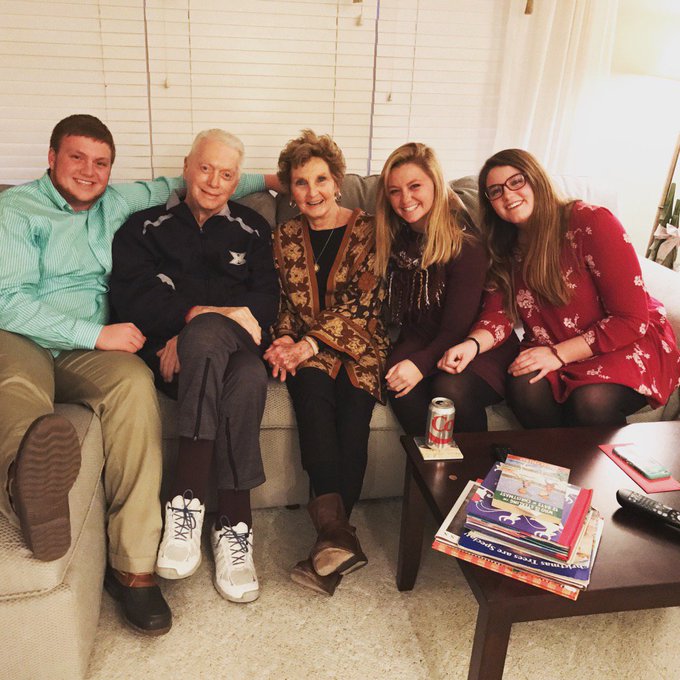 David Bunning @horstmuhlmann
Heaven got its No 1 starter today. Our lives & the nation are better off because of your love & dedication to family.

Twitter Ads info & Privacy
Bunning was born on August 23, 1931 in Southgate, Kentucky. He attended high school in Cincinnati and was a star multi-sport athlete. He then attended Xavier University.

BUNNING WITH THE TIGERS

As Ralph Berger wrote for SABR, the Detroit Tigers wanted Bunning. Therefore, the club made a unique arrangement with his parents. The Tigers allowed Bunning to finish his schooling while pitching in the minors.

In May of his freshman year, Detroit Tigers scout Bruce Connatser told Jim’s father that the Tigers were interested in signing Jim. The parents had no objection to his playing professional baseball, but they wanted him to finish college. The Tigers agreed to let Jim finish the spring semester before reporting for baseball – meaning he would miss spring training for the next three years. The club also agreed that his first minor-league team would be Richmond, Indiana, of the Class D Indiana-Ohio League, less than an hour from home. The Tigers gave Bunning a $4,000 signing bonus and a $150-a-month salary. With the bonus, he bought an engagement ring for Mary Theis, his childhood sweetheart. Now that he was under contract to a professional baseball team, his basketball scholarship at Xavier was canceled, and his parents paid for the balance of his college education.

Bunning would go 118-87 over parts of nine seasons with Detroit. He tossed his first career no-hitter in 1958 against the Boston Red Sox. Bunning won 17 games for a 101-win Tigers in 1961. That club finished second in the American League pennant race.

BUNNING WITH THE PHILLIES

In December of 1963, Bunning was traded by the Tigers along with catcher Gus Triandos. Detroit received star outfielder Don Demeter and a young pitcher named Jack Hamilton.
The righty would put together an 89-73 mark over six seasons in Philadelphia. He won 19 games for the Phillies ill-fated 1964 team. That club collapsed down the stretch, finishing in second place.
He was a 5x AL all-star with Detroit and a 2x NL all-star with the Phillies. Furthermore, he was the 1967 National League Cy Young Award runner-up. The award voted that year to Mike McCormick of the San Francisco Giants.
He led the American League in strikeouts in both 1959 and 1960. His 253 punch-outs in 1967 led all of baseball. Bunning recorded 2,855 strikeouts over the course of his career.
In December of 1967, Bunning was dealt by the Phillies to the Pittsburgh Pirates. Coming to the Phils were pitcher Woodie Fryman, infielder Don Money, and two others.

Bunning pitched during the 1968 and 1969 seasons with the Pirates and Dodgers. He then returned to the Phillies as a free agent in December 1969.
Bunning pitched in relief in the penultimate game at Connie Mack Stadium (formerly Shibe Park) on September 30, 1970.
On Saturday, April 10, 1971 he drew the starting assignment. It was the first Phillies game in the history of Veteran’s Stadium. Bunning got the win in a 4-1 Phillies victory over the Montreal Expos.
That 1971 season would prove the final in Bunning’s big league career. He was elected to the Phillies Wall of Fame in 1984.

Moving into politics, he was elected to the Fort Thomas, Kentucky city council in 1977.
In 1983, Bunning lost as the Republican candidate for Governor. But he remained a major player in Kentucky politics.
In 1986, he was elected to the United States House of Representatives. He served as a U.S. congressman through 1999.
Bunning was then elected to the U.S. Senate from Kentucky. A noted conservative, he served as a Senator until 2011.
Bunning suffered a stroke in October of 2016. His death came as a result of complications due to the effects.

“Senator Jim Bunning led a long and storied life. From his days in the major leagues to his years as my colleague in the Senate — and the many points in between, from the City Council to the House of Representatives — Jim rarely shied away from a new adventure. This Hall of Famer will long be remembered for many things. A perfect game, a larger-than-life personality, a passion for Kentucky, and a loving family. Elaine and I offer our sincere condolences to Mary and the entire Bunning family.”

Here in Philadelphia, he is a baseball immortal. His retired number 14 is displayed at Citizens Bank Park. Richie Ashburn (1), Mike Schmidt (20), Steve Carlton (32) and Robin Roberts (36) also have retired numbers.
Bunning is survived by the former Mary Catherine Theis. The couple was married for 65 years. Per Wikipedia, the couple had five daughters and four sons. They also had 35 grandchildren and 14 great-grandchildren as of 2013.