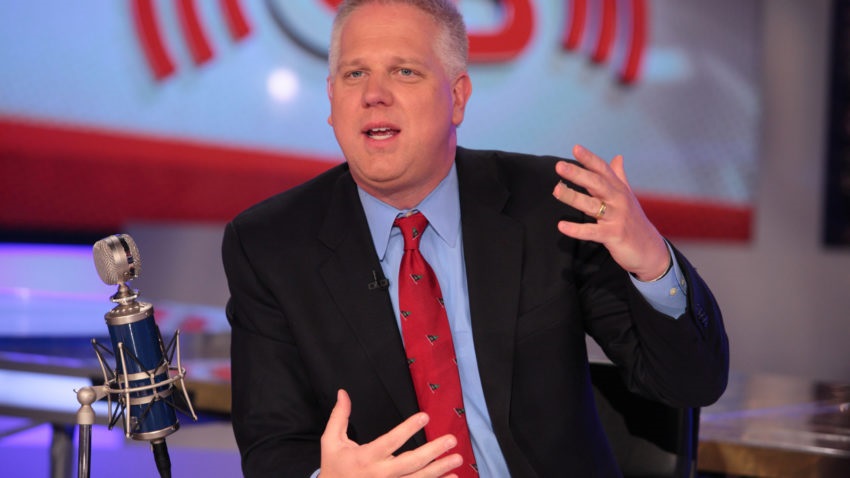 2009 American of the Year: Glenn Beck

This was a year of tremendous change for America, and the vast majority of it was not for the good. Our national debt, already out of control as the year began, has now soared to previously unimaginable levels.

Our government has taken over control of large portions of private industry, and is poised to take over even more in the coming years.

On the international front, we have become indecisive and noncommittal in fighting a war against a determined Islamofascist enemy that continues to look for ways to attack us, kill our citizens, and deal crippling blows to our economy and our way of life.

Thanks to recent election results, we face a future of increasing debt and taxation and decreasing personal freedom and liberty.

Not willing to stand by and simply whine and complain on the airwaves, radio talk show host Glenn Beck took his blossoming television program from CNN’s Headline News and moved to the Fox News network in early 2009.

This move allowed him to get out from under the umbrella of the liberal mandate of CNN and into the Fox world that allows fair and balanced reporting of all sides of the issues.

Beck then began a year-long education of the American people on civics, history, and current events that was quite simply not being discussed anywhere else in any clear and consistent manner.

For his efforts as a truthful voice crying out in the wilderness, and for his out-front leadership of traditional America, this website is proud to name Glenn Beck as it’s 2009 American of the Year.

While many years have seen a number of worthy individuals fall just short while being considered, no one really came close to challenging Beck for this year’s honor.

There is no doubt that websites, magazines, and news programs run by and catering to ultra-liberals, socialists, and Europeans will look to make their ‘Person of the Year’ selections soon.

Many of them will no doubt select Barack Obama for his, uh, for…hmmm. There is the whole being sworn in and becoming the first-ever minority, well, half-minority President in American history thing. But then that is really a ceremony.

Should we give someone an award for contributions during an entire year when all they really accomplished was ceremonial? Well, apparently they give out the Nobel prize for accomplishing nothing. But this website will not fall into that trap.

The more important thing would seem to be not winning an election, but what you do once you are in office. Other than driving up debt, decreasing freedom, and lessening national security, it’s hard to find any accomplishments of Obama this past year.

This year, Beck released another in a what is fast becoming a series of best-selling books. His latest is titled “Arguing With Idiots: How to Stop Small Minds and Big Government” and in it he takes on these targets with simple facts.

Gun control? Government-run health care? Illegal immigration? You might think that you have an opinion, but in this book, Glenn will help you to understand the facts.

The 45-year old Beck did more than lend a leading voice to the most worthy cause of protecting and preserving the U.S. Constitution and restoring American exceptionalism, though that enough would be worthy of the honor.

As a concrete measure, he organized the ‘9-12 Project’ to embody the spirit that the vast majority of Americans felt on the day after the 9-11-2001 terrorist attacks.

Beck’s ‘9-12 Project’ is based on 9 principles and 12 values that embody this spirit. The principles include basic ideals such as “America is good”, “I believe in God”, “The family is sacred”, and “The government works for me.”

Beck also gave a voice to the ‘Tea Party’ movement which grew at formal town hall gatherings all across the country during 2009. Based on the ‘Boston Tea Party’ concept of protest against excessive government actions and taxation, these localized events exploded into a massive taxpayer march on Washington on September 12th, 2009.

His style is one of intellectual inquisitiveness mixed with what he himself calls a ‘rodeo clown’ persona. Open about being a recovering alcoholic, Beck sprinkles his television program with the same humor that is a hallmark of his radio show, adding formal charts and graphics and video accompanied by simple presentations made by him alone standing at a chalkboard. He engages guests at both venues of all political persuasions in conversation rather than rancorous debate.

Critics of Beck’s programming presentations have often used terms such as ‘fear-monger’ and ‘conspiratorial’, and yet almost never do you here any substance behind such accusations and commentary.

As is a hallmark of the liberal community in general, name-calling is about all that the left has to offer up in rebuttal when challenged on-air by Beck’s biting tongue and sharp wit.

In September of 2009, Beck was highlighted by the usually left-leaning Time magazine in a cover piece titled “Is Glenn Beck Bad For America?” In this sweeping article that basically painted him as one would expect from a liberal tome, Time had this to say of his programming:

“As melodrama, it’s thumping good stuff. But as politics, it’s sort of a train wreck — at once powerful, spellbinding and uncontrolled.”

What the magazine did not say is perhaps the most telling thing. It did not say that he is a liar.

There are any number of radio talk hosts, television commentators, political pundits, comic satirists, and armchair politicians out there. But exactly because he is so “powerful, spellbinding and uncontrolled” as well as truthful, Glenn Beck taps into the raw nerves of the large numbers of Americans who are as rightfully frightened for the future of our once-great nation as he himself has become.

For his expressive courage, his moral conviction, his articulation of truth, his love of America, he is an example to us all. For what he has overcome in his personal life to become a wealthy, influential opinion shaper, as well as a devoted, loving family man, he is an example as well.

For all of this, and for his work with the ‘9-12 Project’ and the ‘Tea Party’ movement, Glenn Beck is this website’s 2009 American of the Year.

NOTE: To view the write-ups for all of the ‘American of the Year’ winners simply click on to that ‘Tag’ below this article at http://www.mattveasey.com